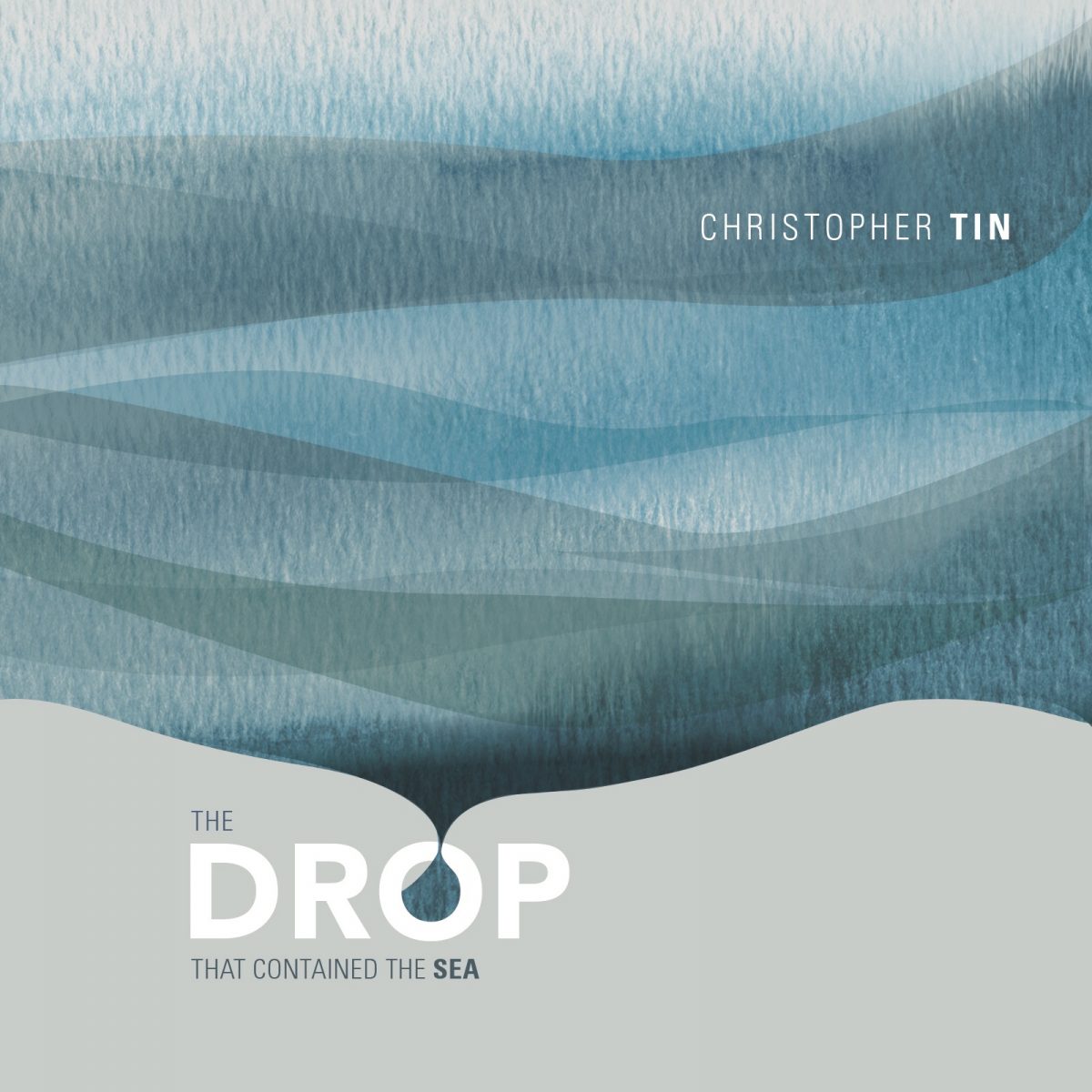 Christopher Tin’s Masterful Work on the Theme of Water

“The Drop That Contained the Sea” is an ambitious work by Chinese-American composer Christopher Tin. It is also successful, artistically and commercially. The CD (on the composer’s own label, Tin Works) debuted as number one on Billboard Music’s traditional classical albums. Tin has won two Grammy Awards, one for his 2009 classical crossover album “Calling All Dawns” and the other for “Baba Yetu” (which he composed for a video game).

The composer is inspired by different styles of singing and the ten pieces on the album are each in a different language (some ancient) reflecting vocal traditions from different areas. The theme is water in all its forms, from moisture to snow to mountain streams and oceans. The pieces were separately commissioned and some were originally performed with spare instrumentation but here are arranged for soloists, chorus and orchestra. The title is derived from a Sufi concept, that just as each drop of water contains the essence of the sea, inside every person is the essence of all of humanity.

“The Drop That Contained the Sea” starts with “Water Prelude,” variations on the word “water” in Proto-Indo-European (which according to the liner notes is “the earliest known reconstructed language, the root from which most modern languages are derived.”) The second piece (“The Drink from God”) is in Turkish and is adapted from a poem by Yunus Emre. In “Dark Clouds,” sung in Bulgarian, a village is threatened by a terrible storm.

“Come Tomorrow” is adapted from a poem by Henry Wadsworth Longfellow but is sung in Xosa. (Tin seems to go out of his way to avoid English.) It is a proper follow up to “Dark Clouds” because the singers look forward to the rain clearing in the next day.  “The Heart of Snow,” adapted from ancient Mongolian texts, is about the sun and snow living in harmony. “Summer Has Gone” is a Portuguese fado from Sonnet CXCV by Luis de Camoes and deals with the passing of the seasons and the drying up of the fields after the end of summer.

“Goddess River” is sung in Sanskrit and is a prayer by someone drinking water on the river bank. “Sirens” exudes the soothing sounds that lured sailors to their death. The text is taken from Homer’s “Odyssey” and is in ancient Greek. “The Storm Driven Sea” in Old Norse starts with a stormy sea presaging a hurricane and ends with death. The words of the exultant ending piece, Waloyo Yamoni (“We Overcome the Wind”), were taken from a rainmaking prayer. The piece is in Lango (an East African dialect).

Throughout the album, Tin leads the Royal Philharmonic Orchestra. The massed forces not only come from around the world, but to record the CD, Tin traveled to distant places: London, Istanbul, Sofia, and Johannesburg, as well as cities closer to home:  New York, Los Angeles and Bangor, Maine. The wonderful voices are supplied by the Angel City Chorale, the Soweto Gospel Choir, Anonymous 4, Le Mystere des Voix Bulgares, and Schola Cantorum, as well as vocalists Roopa Mahadevan, Nominjin and Dulce Pontes. (The last, a fado singer, is authentic and passionate, though in my view she sang with excessive vibrato.)

The album booklet is highly informative, containing an introductory note by the composer and all the lyrics, both in the original languages and English translations.

When the world seems hopelessly divided by ethnic strife, Christopher Tin’s “The Drop That Contained the Sea” is not only beautiful but hopeful. By presenting the universal theme of water with a global mix of languages and styles, he stresses our common bond.