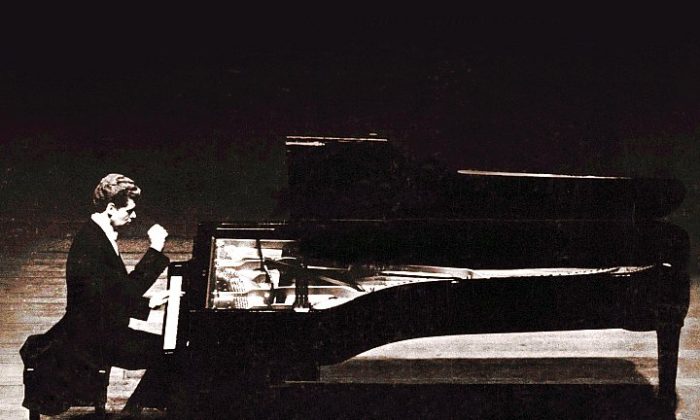 NEW YORK—Christie’s will present extraordinary works from the personal collection of Van Cliburn, one of the greatest pianists in history, on May 17.

In a conversation with Paul Holdengräber at the New York Public Library (NYPL) on May 15 at 7 p.m., Van Cliburn will reflect on his long and fascinating career, as well as expound on the fine points of his collection for sale. Tickets are available at livefromthenypl.showclix.com.

Born in 1934 in Shreveport, Louisiana, Harvey Lavan (Van) Cliburn Jr. started playing piano at the age of 3. His family moved to Texas when he was 6, and by the age of 12, the young prodigy won every major competition he entered. He went on to study at The Juilliard School in New York when he was 17.

Cliburn’s skyrocket to fame was launched in 1958 after his victory at the first International Tchaikovsky Competition in Moscow. The world-renowned pianist was then dubbed “the Texan who conquered Russia” by Time magazine.

Cliburn’s recording of Tchaikovsky’s “First Piano Concerto” was the first classical recording ever to sell a million copies, and since has gone triple platinum.

One of the judges who awarded Cliburn the top prize in Moscow in 1958 said at the time, “His inborn artistry and subtle musicianship ennoble all that he plays.”

An honorary member of the Royal Academy of Music in London, Cliburn is the recipient of more than 20 honorary doctorate degrees. He has received multiple awards from Russian and American governments and has played for every U.S. president from Dwight D. Eisenhower to Barack Obama, as well as royalty and heads of state from dozens of other countries.

“After a concert, I would buy something to give me a tangible memory, for music and memory are indestructible,” Van Cliburn once said, according to Christie’s.

The highlight of the sale is the Steinway concert grand piano, which has always been at the center of the Cliburn home. It was his mother’s, Rildia Bee’s, and Cliburn spent considerable amount of his musical life practicing and working on it.

This piano is being sold to honor Rildia Bee, and proceeds will benefit The Juilliard School and The Moscow Conservatory, Van Cliburn’s alma maters.