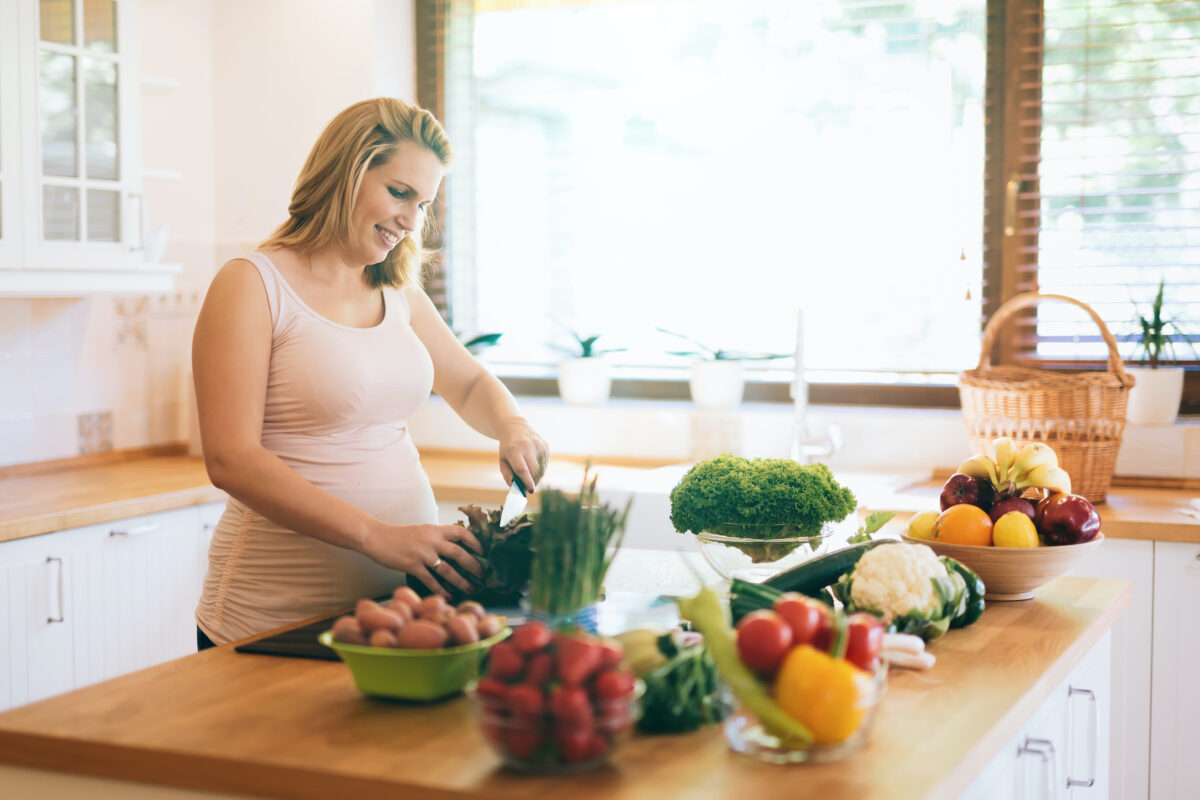 Choline During Pregnancy Tied to Better Attention in Kids

Most of us aren’t getting enough of this nutrient and that could have long-term consequences, experts warn
BY Kristen Fischer TIMEJanuary 25, 2022 PRINT

Children of mothers who got more than the recommended amount choline while pregnant had better long-term cognitive outcomes, a new study finds. The study comes as nutrition experts continue to push for more research into the nutrient—and warn that getting too much could boost our risk for cardiovascular issues.

The study was published in Journal of the Federation of American Societies for Experimental Biology.

Many prenatal supplements don’t have choline in them, or don’t contain what some experts say is an ample amount. Like calcium, it’s bulky—so it’s challenging to get a lot into pill form.

“We have to get the word out to consumers,” Taylor C. Wallace, an adjunct professor at George Mason University, told The Epoch Times when asked whether or not more outcry could help make it standard in prenatal vitamins. Consumer demand can drive manufacturers to include it—or at least more of it—in their products, he said.

Women should also know that a significant amount of women have genetic mutations that can impede the amount of choline produced in breastmilk—so it’s just as vital when lactating, Wallace added.

Research into choline has started booming during the past several years, he added.

As part of the recent study published in the Journal of the Federation of American Societies for Experimental Biology, researchers followed up with 20 children whose mothers got varied amounts of choline daily while expecting. They found that the 7-year-olds whose mothers got more were better able to maintain attention during a task.

Specifically, kids whose mothers took 930 mg instead of 480 mg per day had better results. That’s about twice the recommended amount of 450 mg per day for expectant mothers. (Lactating moms should get 550 mg, experts say.)  Men and women generally should get 550 mg and 425 mg per day, respectively.

Research has already documented that getting enough choline is linked to long-term cognitive benefits for offspring. It can support attention and memory, and can be protective against a wide range of cognitive issues, the researchers noted.

From helping with neurocognitive development in early childhood to its involvement with metabolism, muscle contractions, memory, and heart health, choline plays a major role in keeping your body functioning in tiptop shape throughout life, noted Elizabeth Shaw, a registered dietitian nutritionist from California.

“Our findings suggest population-wide benefits of adding choline to a standard prenatal vitamin regimen,” Barbara Strupp, a Cornell University professor and co-senior author of the study, said in a statement.

“The science behind this issue—how much choline should pregnant women take to ensure optimal development of their babies—is still very much in its infancy … no pun intended,” Strupp told The Epoch Times.

Strupp’s findings support a previous study that showed benefits during infancy, and another report that called for increasing intake among expectant mothers. The recent study is also the first to follow up on choline results in school-aged children.

More than 40 studies in rodents have showed lasting effects of choline when mothers take it, Wallace added.

Given the low dietary choline intakes of most pregnant women in the United States, Strupp said that her findings, together with the rodent studies, suggest that the dietary inadequacy could be an unrecognized threat to optimal fetal brain development, which is likely to compromise subsequent cognitive and emotional health throughout life, she said.

Strupp also said that her research suggests that efforts to increase choline intake for all pregnant women may have significant population-wide benefits in terms of offspring neurobehavioral outcomes.

A report published in Schizophrenia Bulletin in July 2021 details a potential link between choline deficiency in black pregnant American women and an increased risk of developmental and behavioral issues that can lead to mental illness.

Choline Critical for All

A 2020 report from the Dietary Guidelines Advisory Committee noted that the current choline intake standard is too low for most Americans. The team highlighted low choline in infants and toddlers, as well as other vulnerable populations, such as expectant or lactating women.

“The Committee’s scientific report shines a light on the growing body of evidence that shows choline plays a critical role in health during specific life stages,” Marie Caudill, a professor at Cornell University who has studied the nutrient extensively, wrote in a statement.

“Data tell us choline is widely under-consumed, and it’s concerning that those populations who would benefit most from choline, such as pregnant and lactating women and infants and children, fall short of meeting intake targets.”

Caudill warned that only 8 percent of pregnant women are meeting choline recommendations.

Not getting enough choline may be tied to the risk of developing nonalcoholic fatty liver disease, and it may be linked to cardiovascular health, the National Institutes of Health reported. But other research has questioned if too much choline could be harmful for heart health.

Choline is found in foods such as egg yolks, fish, poultry, dairy, lean red meat, legumes, nuts, and cruciferous veggies such as broccoli and cauliflower.

“While it’s evident that most Americans aren’t eating enough dietary sources of choline, you can certainly up your intake by focusing on these higher choline foods,” she said. A large egg—including the yolk—has one of the highest concentrated sources of choline, with 147 mg. Other foods with high concentrations include beef, soybeans, fish, and potatoes.

“But, don’t write off canned kidney beans, broccoli, yogurt, or quinoa, because they too pack 30 to 45 mg of choline,” Shaw added.

Getting up to the amount of choline consumed in the study can be tough. Shaw tried to get enough during both of her pregnancies. A supplement with 200 to 500 mg, depending on your intake, can help (as can talking to a dietitian or your doctor).

Taylor Stolt, a registered dietitian nutritionist from Texas, suggests a three-egg scramble or three-egg omelet in the morning can provide your daily choline needs. “Boiled eggs make an easy, protein-rich snack, and can also easily be added to salads,” she noted.

Incorporating other high-choline foods into your meals can ensure you’re getting enough.

But pay attention, vegetarians and vegans: “If you are a vegetarian or vegan, or you do not eat many animal products, you are at higher risk for choline deficiency and should work with a dietitian to determine if a choline supplement would be beneficial for you,” Stolt told The Epoch Times.

Palmer told The Epoch Times that she believes we need more research on choline, citing research that has suggested it could actually increase your risk for heart issues.

Palmer recommended sticking to the recommended amount until scientists learn more about it.

Choline in Your Diet

As Palmer specializes in plant-based eating, she offered up the following sample daily menu that offers up 529 mg of choline.

You can add more choline to your diet with more servings of foods. During pregnancy, your food needs rise.