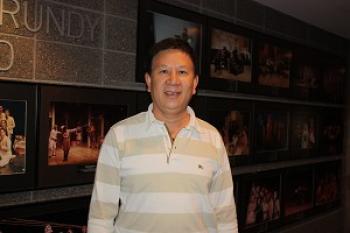 SYDNEY—Renowned China studies scholar Qiu Yueshou was amazed when he watched the fifth performance of Shen Yun Performing Arts in Sydney. Qiu said that the performances showcased the essence of Chinese traditional culture and brought pride and cheer to all Chinese people.

Qiu developed his great admiration for Chinese culture while studying Chinese poems in college. He said that even though poetry from the Tang and Song dynasties contain only a few words, they encompass inner depth and culture.

Qiu believes that traditional Chinese culture was bestowed by the heavens, yet the Chinese Communist Party (CCP) destroyed it when it seized power. Qiu said that Shen Yun Performing Arts is reviving this semi-divine culture through its well assembled performances.

“Living abroad makes us overseas Chinese far from many things back home, but Shen Yun’s international tour has brought Chinese culture back to us, making us feel warm and close. I hope there are more performances from Shen Yun Performing Arts,” said Qiu.

“As a Chinese person, I felt proud to see many non-Chinese applaud this show. Shen Yun’s performance shows them that Chinese culture is much more wonderful and profound than what the CCP has to say about it.”