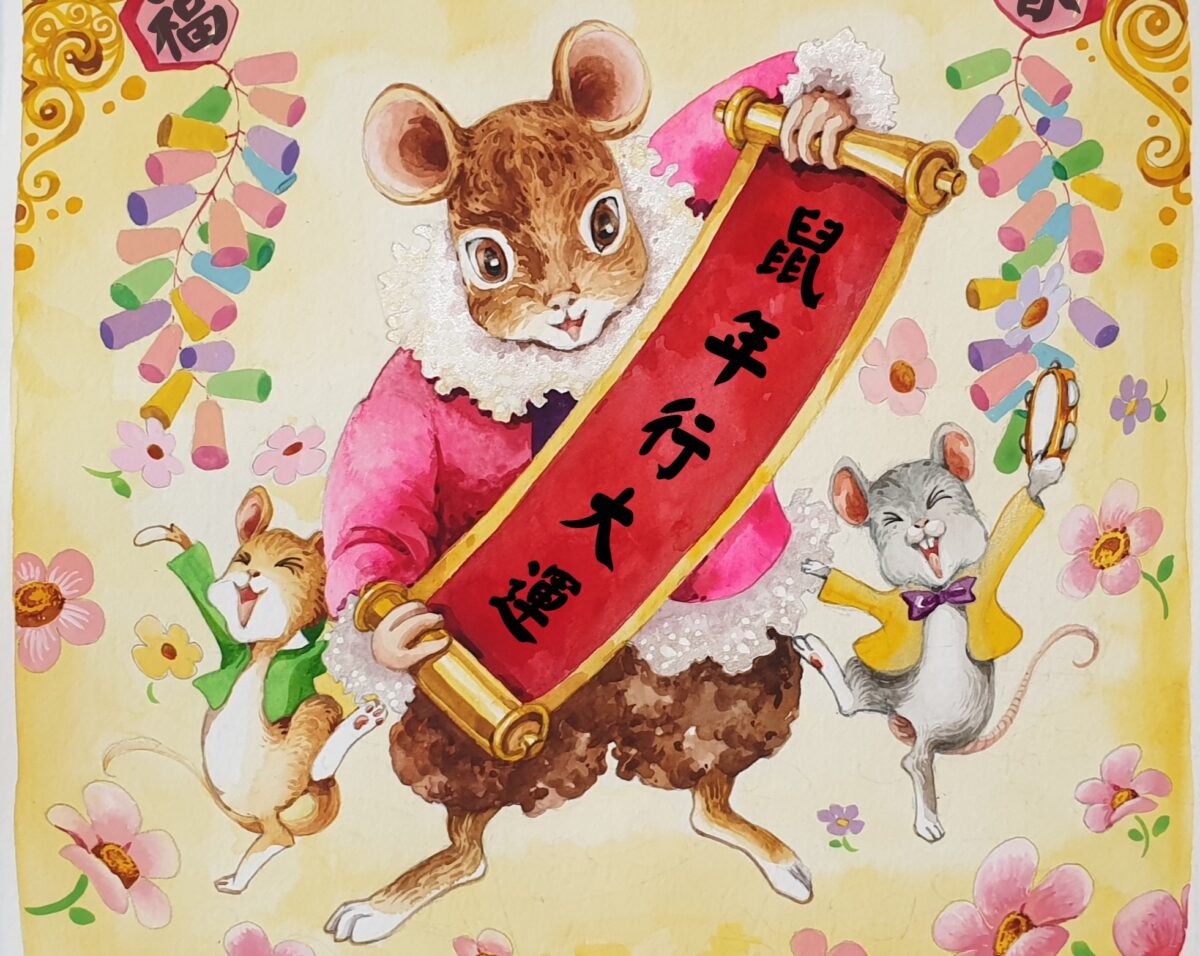 The fragrant flower is an auspicious symbol of kindness and good fortune
BY Cindy Chan TIMEJanuary 20, 2020 PRINT

The Chinese people have a custom of displaying and enjoying flowers during the Chinese New Year period, which typically falls between late January and late February on the Gregorian calendar, and in 2020, this most important of all Chinese festivals arrives on Saturday, Jan. 25.

When flowers start to bloom as the long winter advances toward spring, it represents new growth and new life, signifying prosperity and good fortune to come. Flowers also symbolize other cherished and promising qualities such as innocence, grace, refinement, affection, and luxury.

Among the flowers associated with Chinese New Year celebrations are the orchid, peach blossom, pussy willow, gladiolia, peony, and daffodil.

The daffodil, called “shuǐxiān huā” in Chinese, or literally “water immortal flower,” is one of the most auspicious flowers of all. Particularly striking is the paperwhite daffodil, also known as the Chinese sacred lily, with its intoxicating fragrance, small golden-yellow cup, and delicate petals as white as snow.

Especially in southern China, lovely scented daffodils can be seen along every street around the time of the Chinese New Year. During this celebration, which lasts some 15 days, people not only appreciate the beauty and fragrance of this exquisite flower but often recall the legend of the daffodil.

As the story goes, a long time ago, there was a rich farmer who had two sons. They led a happy and prosperous life; however, everything changed after the father passed away, leaving the family’s assets to his two sons.

However, the ditch was too poor for farming, so the younger brother could not grow crops to earn a living. He was forced to pawn his belongings and often had only coarse rice and plant roots to eat.

After a while, with nothing more to pawn, he went without a meal for several days until he could no longer bear his hunger. He had no choice but to ask his older brother for help.

Having taken nearly all of the inheritance for himself, the elder brother was living a luxurious life. He lived in a mansion, wore silk clothing, and ate fine food. Yet he had no sympathy for his younger brother. Not only did he not offer any help, he pushed his younger brother out the door.

With no one else to turn to for help, the younger brother wept bitterly outside his elder brother’s front door. He was in such distress that it startled the Jade Emperor in Heaven, who ordered the Land God to go and investigate.

“I have bestowed blessings on these bulbs so that only those daffodils grown in this young man’s gravel ditch will blossom year after year,” the Jade Emperor said. “In other locations, these bulbs will produce flowers for one year only and can’t be saved for another season. People must buy bulbs from this young man each year if they wish to grow their own daffodils.”

‘Heaven Favors Those Who Are Humble’

Carrying the daffodil bulbs, the Land God returned to the human world and transformed into an old man. He found the younger brother and told him: “Heaven favors those who are humble. Here are some daffodil bulbs. Plant them in your gravel ditch, and they will bring you wealth.”

The Land God went on to explain how those bulbs were magical. He then vanished in the blink of an eye. Left speechless, the younger brother solemnly prayed to Heaven to express his gratitude for the Jade Emperor’s kindness.

After planting the bulbs, the younger brother was amazed to see how fast the daffodils grew and blossomed in his gravel ditch, in no time turning the gray, barren land into a field of flowers in vibrant white and yellow.

As the Chinese New Year was approaching, many people came to buy daffodil bulbs from the younger brother, whose life quickly improved. People adored the extraordinarily beautiful flowers produced from those bulbs. So just as the Jade Emperor had said, from then on, many people came to buy new bulbs from the younger brother every year in order to grow their own daffodils.

The younger brother thus became more and more wealthy. As for the older brother, he began losing his wealth.

Despite how he was treated, the younger brother had a compassionate heart and gave daffodil bulbs every year to his older brother to plant. However, no matter how well the older brother cared for the plants, his bulbs did not produce the kind of magnificent blooms like those on the daffodils grown on his younger brother’s land.

As the years went by, daffodils came to symbolize kindness and prosperity, and people are especially fond of them during the Chinese New Year.