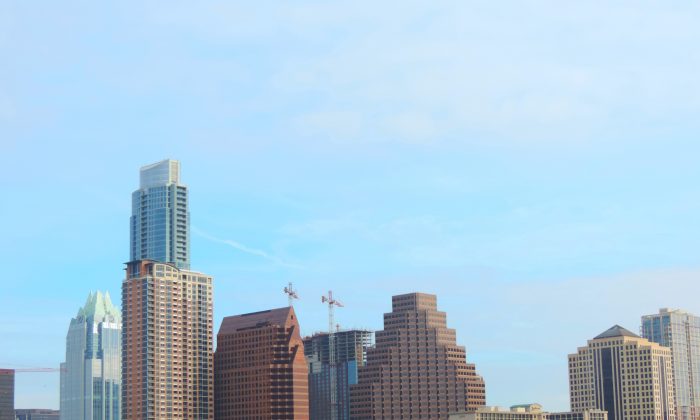 AUSTIN, Texas—Mrs. Zhu lives in China, but she needed to travel outside of China to see a performance of traditional Chinese culture.

Shen Yun Performing Arts was established in 2006 in New York by a group of artists from around the world with the mission to revive 5,000 years of Chinese civilization. For eight years now, Shen Yun has toured the world, but in China the performance cannot be seen.

“I heard about Shen Yun when I was in China,” said Mrs. Zhu, who had come to Austin to visit her daughter for the holidays. Through software that bypassed censorship firewalls put up by the Chinese regime, Mrs. Zhu was able to read news reports about Shen Yun.

“I was so looking forward to watching a performance in person,” Mrs. Zhu said.

She was finally able to do so Saturday evening at the Long Center for the Performing Arts in Austin, Dec. 29.

Shen Yun is banned in China as part of the communist regime’s ongoing effort to destroy traditional culture.

“I came to watch the performance as soon as I arrived in the States. It’s absolutely beautiful!” Mrs. Zhu said.

Mrs. Zhu spoke highly of each piece Shen Yun performed and expressed her wish to see it again. The choreography and artistry of the traditional Chinese dance had impressed her, but she was particularly glad it was Shen Yun’s Touring Company in Austin, because she has long been a fan of tenor Guan Guimin, a household name in China, and he performs with Shen Yun’s Touring Company.

“I am one of Guan Guimin’s fans,” Mrs. Zhu said. “Guan’s singing voice is very penetrative, and I was impressed by him quite a lot. I admire him so much, and I am here for him today, partially.”

“I am really glad I am here today to watch the performance in person,” Mrs. Zhu said.

Shen Yun’s performance was a marvel for those completely new to Chinese culture as well. Mr. James Shamard, Travis County EMS chief of staff, came with friends and family to see Shen Yun for the first time and was touched by Shen Yun’s mission as well.

Mr. Shamard said he saw the ideals of peace and tolerance throughout the performance, which was full of energy.

“Regardless of religion and culture, those values should be woven throughout the individual and people,” Mr. Shamard said.

“The beauty and the music, and the dance, and everything is just very, very great” Mr. Shamard said. “I hope over time, and over generations [China’s situation] can change.”