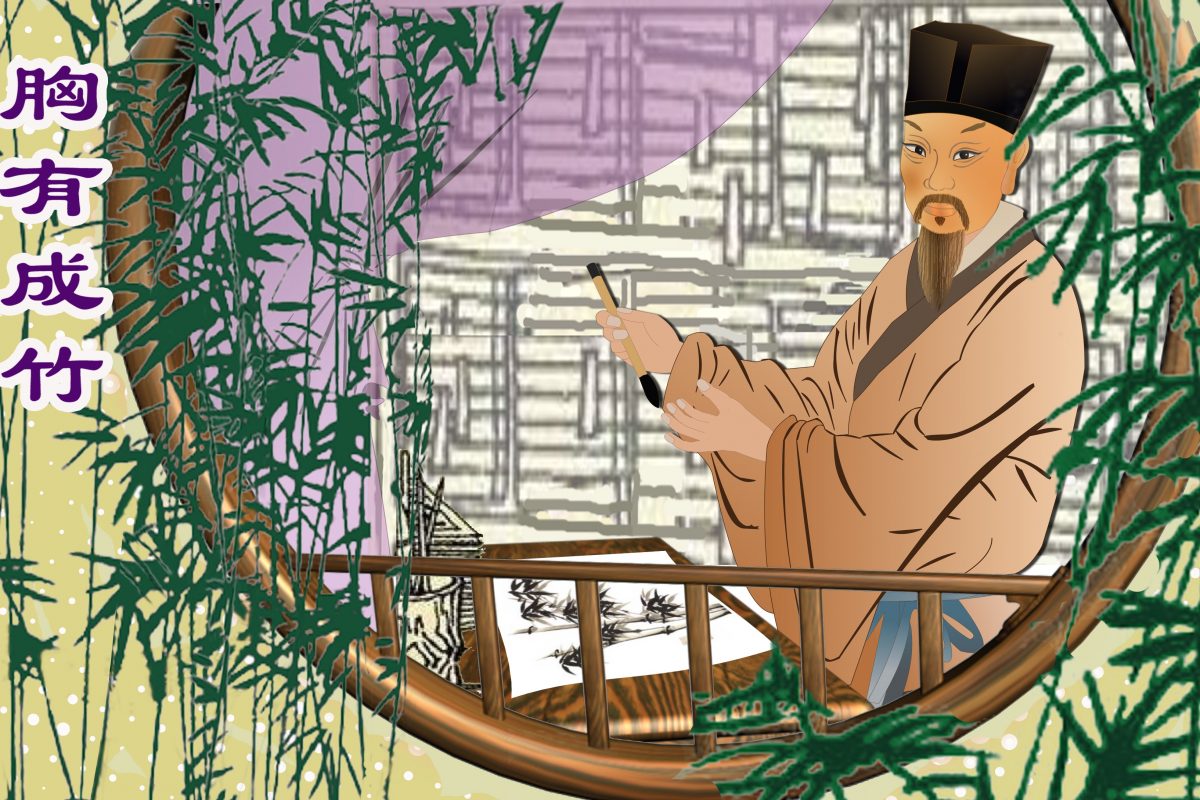 Bamboo artist Wen Yuke, also called Wen Tong, knew so much about bamboo that he could easily and quickly paint it based on pictures that came readily to mind. (Catherine Chang/Epoch Times)
Arts & Culture

Chinese Idioms: Already Having a Plan in Mind

Wen Yuke, also known as Wen Tong, was a master artist during the Song Dynasty (960–1279) and was famous for his bamboo paintings. His reputation became known far and wide, and many people sought to study under him.

When Wen was young, he was especially fond of painting bamboo. He planted a grove of bamboo in his yard so that he could observe its growth and appearance at all stages of development and under all kinds of weather conditions.

Over a long period of time, images of bamboo in different seasons and at different moments in its life cycle became deeply imprinted on his mind.

Each time he took up a brush to paint bamboo, he already had a suitable image in his mind. As a result, all of his paintings were unique, vivid, and lively.

When people asked how he could paint bamboo so well and so fast, he would answer with a shy smile, “I just paint the bamboo that appears in my mind.”

It is said that Wen was so skillful that he could hold two brushes in one hand and paint two different bamboo plants simultaneously.

When Wen passed away in 1079, Su Shi (1037–1101), one of Wen’s good friends, missed him very much. Su Shi is recognized as a master of literature from the Song Dynasty and famous for his poems, essays, rhapsodies, and calligraphy.

In memory of Wen, Su wrote an essay about him and his bamboo paintings that included the poetic line, “When painting, there is already bamboo in Yuke’s mind.”

Poetic description from that line, literally “having a complete bamboo in mind,” later became an idiom.

The idiom originally described someone who is calm and cool-headed when dealing with different matters, already having the results in mind.

Today, it is used to indicate the state of already having a well-thought-out plan before setting out to achieve a goal. It also describes someone who looks at every angle before deciding to take action.