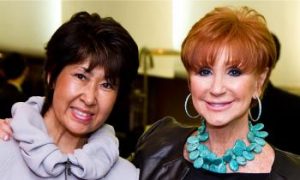 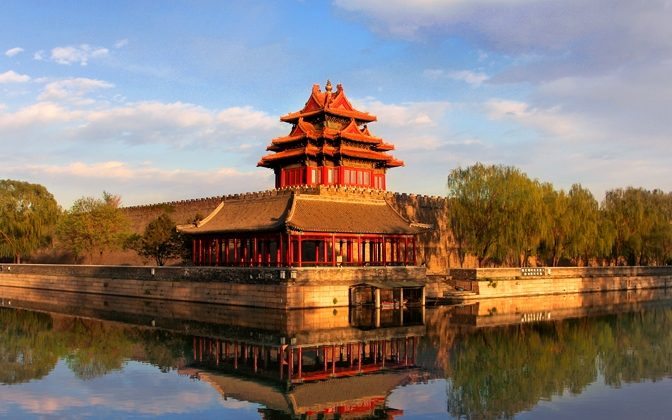 Chinese Architecture, a Miniature of the Cosmos

Modern architecture juts into the sky, declaring its dominance over us mere humans. It doesn’t connect us with the heavens; it seems to challenge heaven for a fight.

Over thousands of years, the Chinese have developed their own architectural style. Based on the tenets of Taoism and Buddhism, it reflects the Chinese understanding that the heavens, the earth, and human beings are intimately connected. Japan, Korea, and much of Asia copied this style.

Harmony Between Heaven and Earth

“I Ching: The Book of Changes” and other writings say that ancient peoples acted according to the laws of heaven, earth, nature, and the time of year. Taoist philosophy was based on the central element, that which gives birth to the heavens, the earth, and humans.

Confucianism ascribed to the principle of harmony between heaven and earth. Nature is the big cosmos, and a human being is a small one. As a miniature of nature, a human being must live and act within the laws of nature and the cosmos.

This traditional view held for all areas of Chinese life, including architecture. More than location and its practical use, a building had to harmonize with nature both inside and out.

Points of the Compass

All Chinese architecture started with points on the compass—north, south, east, and west. Architects used charts that astrologers specifically prepared beforehand. Unlike today’s maps, the south was at the top, north was on the bottom, west on the right, and east on the left.

Based on China’s location in the Northern Hemisphere, the Chinese people believed that a pleasant climate—the warmer winters and summer breezes of southern regions—came from heaven. So south was the point of reference for all building.

In general, the architect insulated the walls on the north, west, and east and the entry faced the the south. This prevented other weather currents, such as northern winds or other adverse conditions, from affecting the temperature in the home.

To protect against weather disasters, four mythical creatures were placed on the rooftops of houses, as protector spirits of the four cardinal points. The black tortoise was placed at the north, the cinnabar canary (also translated as the Vermilion Bird) at the south, the white tiger at the west, and the green dragon at the east.

The first roof tiles were made of clay around 3,000 years ago. Later ylang-ylang grass and a clay-and-stone mixture covered the roofs of homes. Soon roofs were enhanced with glazes and glosses of various hues.

Roof tiles were held together by nails and often adorned with animal or plant motifs meant to protect against natural catastrophes.

Specific designs were reserved for the emperor’s housing, such as splendid yellow roof tiles, which can still be seen today on the buildings in the Forbidden City in Beijing. Roof tiles on Beijing’s Temple of Heaven are blue.

Wood was the primary construction material used by Chinese architects. It could be easily obtained from the many forests in China. Wood was preferred as a natural construction material because it gave off a fragrant, pleasant odor in the interior of a building. Also, its grain and luster brought a natural living atmosphere into the house. For architects, wood was a living building material, which breathed, absorbed, and repelled moisture. But it did have its drawbacks, as most houses easily caught fire.

Chinese architects preferred constructing a house by first building a frame, as it brought a number of advantages to the builder. In contrast to a solid structure (of stone), a frame building has beams and pillars to carry weight at certain pressure points. This construction method allows for wide and open rooms.

Chinese architecture provided a smooth transition to the environment and truly harmonized human beings with their world and the heavens.