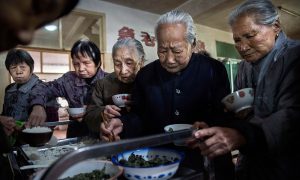 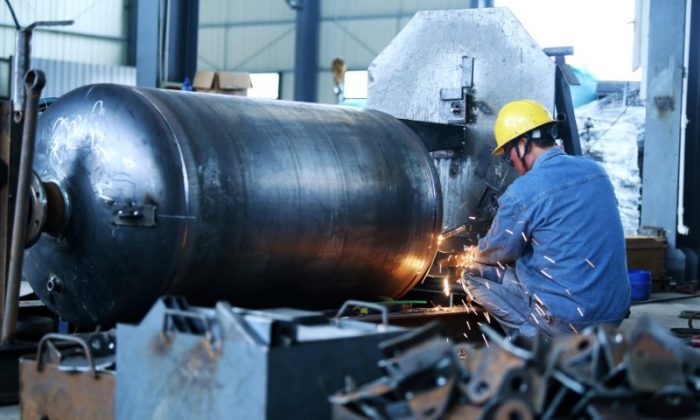 The downbeat data points to more troubles ahead for the country’s vast manufacturing sector already struggling with a decline in orders, job layoffs and factory closures as China’s economic growth slows to its weakest in nearly three decades.

China’s economy expanded 6.6 percent in 2018 and growth is set to slow further this year as Beijing’s efforts to reduce debt risks depress the property market and curb credit flows to the private sector, while a crackdown on pollution dents industrial activity.

Industrial profits in December fell 1.9 percent from a year earlier to 680.8 billion yuan ($100.9 billion), weighed down by weak factory-gate prices and soft demand, the National Bureau of Statistics (NBS) said on Jan. 28. This is on top of a decline of 1.8 percent in November—the first contraction in profits in nearly three years.

“As far as the future trend is concerned, it is quite obvious that it will continue to decline because the (producer price index) has apparently turned negative last month, and when PPI has turned negative, the profits of industrial enterprises will go down,” said Tang Jianwei, senior economist at Bank of Communications in Shanghai, adding that the structure of corporate profitability will also start to change.

“Profits at mid- and downstream sectors may stabilize while the upstream sector will face immense pressure.”

Upstream sectors such as oil extraction, coal and metal mining still commanded the lion’s share of profit gains last year, but analysts say that as industrial prices slow further or even shrink, profitability will come under pressure.

Tang said that if large-scale tax cuts promised by the government could be rolled out in time, however, it would help put a floor on declining industrial profits in the second half.

A survey from the state planner this month showed activity at 2,500 Chinese small- and mid-sized enterprises continued to contract in the fourth quarter last year despite a flurry of supportive government policies.

The Small and Medium Enterprises Development Index stood at 93 last quarter, below the 100-mark that separates growth from contraction, according to the National Development and Reform Commission.

Moody’s said in a recent report the Chinese government’s latest measures to support funding for private firms would be limited in effect, as credit would mostly flow to the fewer stronger privately-owned enterprises.

Monday’s data showed industrial firms’ liabilities rose 5.2 percent from a year earlier to 64.1 trillion yuan by end-2018, compared with a 5.8 percent rise as of end-November.

Though traders are replenishing inventory ahead of the Lunar New Year holiday in early February, demand remains weak.

Aggravating the slowdown, the government has also vowed it will not relent on enforcing anti-pollution controls, refusing to accept mounting economic pressure as excuses.

That raises uncertainty on the overall boost to the industrial sector from support measures policymakers have pledged so far.

Beijing has promised to increase spending on infrastructure projects this year and boost consumption in areas such as automobile and home appliances.

The state-run enterprise China Railway is planning a record-high rail investment worth about 850 billion yuan in 2019, according to a Nikkei report.

China’s producer prices rose at their slowest pace in more than two years in December. New orders—an indicator of future activity—contracted for the first time in at least a year in December.

Profits at China’s state-owned industrial firms rose 12.6 percent in 2018 from a year earlier, slowing from a 16.1 percent increase in the January-November period.