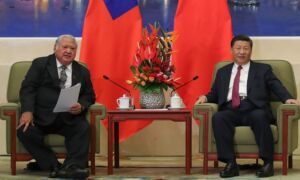 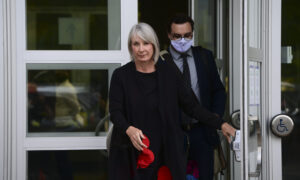 Timeline: China’s Handling of the Pandemic and Canada’s Stance
0 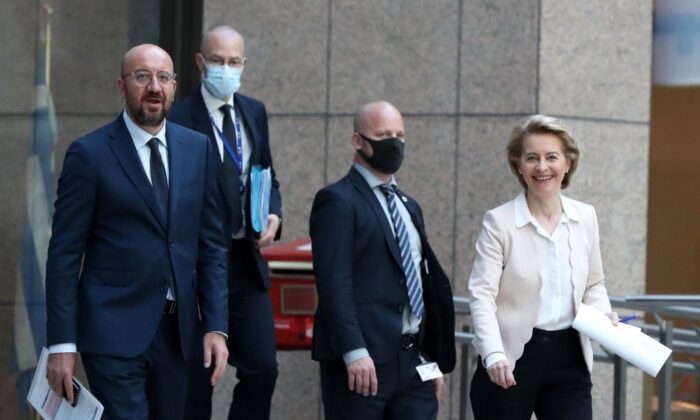 Over 60 members of the European Parliament and rights group Reporters Without Borders (RSF) are calling on top European leaders to address China’s human rights issues at the upcoming virtual EU–China summit to be held on Sept. 14.

The meeting, originally scheduled to be held in the German city of Leipzig, will be held via video conference instead due to the COVID-19 pandemic.

According to the European Council website, the four will discuss climate change, economic and trade issues, as well as responses to the pandemic, which is caused by the CCP (Chinese Communist Party) virus, commonly known as the novel coronavirus.

The online summit on Monday is under close scrutiny as relations between China and the EU have soured recently. In March last year, the European Commission called China “a systematic rival” in a report about the bilateral relationship. Last month, EU Foreign Minister Joseph Borrell called China “a new empire” and asked EU members to “correct” their economic imbalances with China, in a commentary published in French newspaper Le Journal de Dimanche.

Meanwhile, 63 members of the European Parliament signed a joint letter addressed to Michel, Von der Leyen, and Merkel, urging them to “ensure that there will be consequences if the Chinese government continues to flaunt its human rights obligations. We call for the EU to put human rights at the top of the agenda at the EU-China Summit and in future discussions.”

The letter pointed to China’s human rights violations against Chinese activists and lawyers, Tibetans, the deprivation of language rights for ethnic Mongolians in Inner Mongolia, and the detentions of millions of Uyghur Muslims in internment camps. It also called attention to the erosion of freedoms in Hong Kong following Beijing’s enactment of a national security law.

In late August, students in Inner Mongolia began boycotting classes and adults staged outdoor protests, after the local education bureau issued new regulations requiring classes in primary and middle schools to be taught in Mandarin Chinese and use standardized Chinese-language textbooks. The region is home to many ethnic Mongolians, who have a distinct language and culture from the Han Chinese ethnic majority who speak Mandarin.

On Saturday, Radio Free Asia reported that Chinese authorities in northern China’s Qinghai Province were closing down primary schools and forcing students into government-designated boarding schools, where classes will be taught in Chinese instead of Tibetan. The province is home to roughly 1.37 million Tibetans, according to official statistics.

Efforts to address China’s human rights abuses “have not resulted in any meaningful change in behavior from the Chinese government, the letter stated. “The upcoming EU-China Summit represents an ideal opportunity to match the EU’s rhetoric regarding human rights violations in China with concrete action.”

The Monday summit is a follow-up to the June 22 online summit, when Xi and Chinese Premier Li Keqiang met with Von der Leyen and Michel.

Following the June meeting, the latter two issued a joint press statement, expressing “grave concerns at steps taken by China” to impose a security law for Hong Kong, and that it is “not in conformity with the Hong Kong Basic Law [constitution] and China’s international commitments.”

Despite widespread international concerns, Beijing went ahead with implementing the national security law in Hong Kong on June 30, which punishes vaguely defined crimes such as secession and subversion with a maximum penalty of life imprisonment.

RSF, in a statement issued on Sept. 12, called on the three European leaders to bring up the issue of press freedom violations by the Chinese regime.

“Human rights is a fundamental value of the European Union, and to not insist for it would only encourage the Chinese regime to continue its policy of information control and repression of independent voices,” stated RSF Secretary-General Christophe Deloire.

He added: “Any weaknesses would give China free rein to impose a new world information order, which could be more detrimental to European citizens than it is today.”

RSF pointed out that China is the “world’s biggest captor of journalists,” with at least 118 being held in detention.

“We as Europeans act in close cooperation–we offer our international partners respect, and we expect the exact same from them,” said Maas in a joint press conference with Wang on Sept. 1.

The Chinese regime considers Taiwan a renegade province and part of its territory, despite the self-ruled island having its own democratically-elected government, military, and currency. Beijing opposes words or actions by foreign government officials that recognize the island’s sovereignty—such as Vystrcil’s visit to Taiwan.

Relations between China and the EU have also worsened due to the pandemic, which originated in China. In a recent poll by pan-European think tank European Council on Foreign Relations, 48 percent of Europeans surveyed stated that their view of China worsened during the global health crisis.