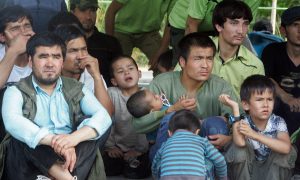 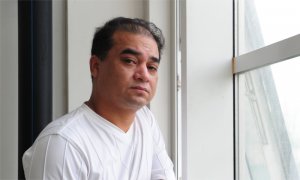 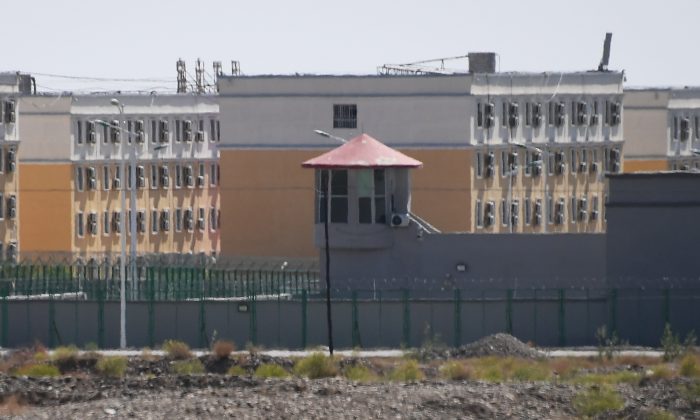 A facility believed to be a re-education camp where mostly Muslim Uyghur ethnic minorities are detained, in Artux, north of Kashgar in China's western Xinjiang region, on June 2, 2019. (Greg Baker/AFP/Getty Images)
UK

Over 130 British Lawmakers Condemn China Over Abuse of Uyghurs

Over 130 British lawmakers have signed a letter to the Chinese ambassador condemning what they described as an alleged “systematic and calculated program of ethnic cleansing against the Uyghur people” in China’s far western Xinjiang region.

“When the world is presented with such overwhelming evidence of gross human rights abuses, nobody can turn a blind eye,” read the cross-party letter, bearing Tuesday’s date, and signed by 135 British lawmakers.

The letter referred to the huge numbers of Uyghur people believed to be held and subject to persecution and torture in Xinjiang detention camps.

135 Cross-party MPs and Peers have signed a letter to express condemnation at the treatment of #Uyghurs 👇 https://t.co/FiQ438z0QQ

“We understand that approximately one million people have been detained and held in detention camps. Those who have escaped give horrifying testimony of religious persecution, physical abuse and torture,” the lawmakers wrote in the letter.

“We as Parliamentarians in the United Kingdom write to express our absolute condemnation of this oppression and call for it to end immediately.”

The letter referred to reports of forced population control and mass detention of Uyghurs in Xinjiang, as well as to “sickening footage” apparently showing large numbers of blindfolded and shaven men waiting to be loaded onto trains.

The lawmakers cited a reported 60 percent fall in Uyghur birth rates in some areas and that Uyghur women are allegedly being subjected to “forced sterilization, forced abortion, and the forced removal of their wombs,” as part of “shocking accusations” that the Chinese regime is proactively trying to reduce the Uyghur population.

“The [Chinese] government’s actions must be stated for what they are: a systematic and calculated program of ethnic cleansing against the Uyghur people,” the letter stated.

Labour Member of Parliament Siobhain McDonagh, who wrote the letter and published it on Twitter on Wednesday, raised the issue in the House of Commons during Prime Minister’s question time.

“They herd them onto trains, they shave their heads, they abort their babies,” she said.

McDonagh told the House that a “genocide of the Uyghur people by the Chinese government is taking place before our eyes.”

Saying it was “easy to criticize the next world superpower” but “harder to take action,” she asked Prime Minister Boris Johnson what action he would take to “stop the ethnic cleansing of the Uyghur people in Xinjiang,” and called on him to lead an international tribunal on the matter.

“Because this time,” McDonagh said, “no country can say that they didn’t know.”

Johnson replied that she was “entirely right to draw attention to the plight of the Uyghurs” and that Britain raises such concerns “directly with the Chinese authorities, and we’ll continue to do so in the G-20, at the UN, and in every other context.”

Chinese officials have repeatedly derided allegations of genocide, forced sterilization, and the mass detention of nearly 1 million Uyghurs in Xinjiang, saying the allegations are lies fabricated by anti-China forces.

Chinese officials maintain that the Uyghurs are not mistreated and that the Chinese state always protects the legitimate rights of ethnic minorities.