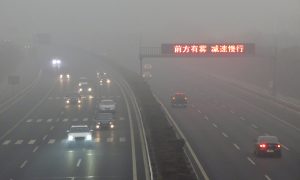 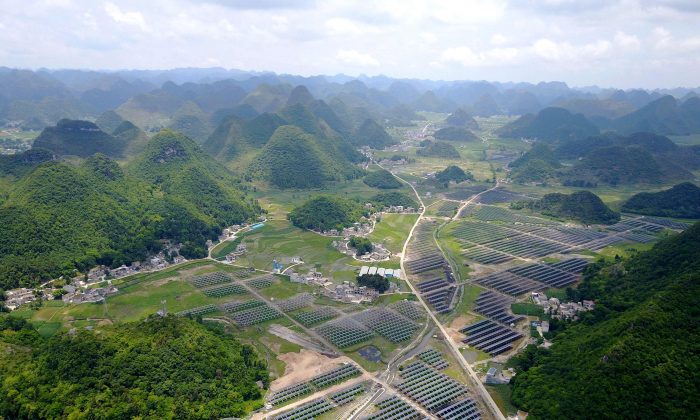 China’s transition to a green economy is imploding as the economic growth needed to pay for the massive state-funded subsidies hits its slowest pace in three decades.

Vice Premier Liu He was praised for his January 2018 keynote speech at the World Economic Forum (WEF) in Davos, Switzerland for stating that in addition to spending $4 trillion on its “One Belt One Road” (OBOR, also known as Belt and Road) initiative to build the infrastructure to lift a billion people in 70 countries out of poverty across the planet, China had declared “war on pollution and introduced a number of green initiatives” to “dismantle coal-fired power plants, reduce overall emission levels and cut particulate-matter emission rates.”

WEF stated in April 2018 that to subsidize sustainable energy, vehicles and buildings for its global “transition to a greener economy,” China’s Environmental Risk Management Initiative (ERMI) would sell between $6.4 trillion to $19.4 trillion (40.3 yuan to 123.4 trillion yuan) of “Green Bonds” that would be a “win-win for investors and developing countries.”

But over the last eighteen months as the Sino-U.S. trade war ratcheted up, China’s after-inflation “real” gross domestic product growth withered from 8.8 percent in the first quarter of 2018 to 3.7 percent in the third quarter of 2019. During the same period, industrial production growth fell from 5.5 percent to -1.1 percent, according Endo Economics.

As cash flow withered, China’s annualized fixed asset investment growth plunged from 12 percent growth in the first quarter of 2018 to a stunning -40.4 percent, and retail car sales growth tanked from 8.6 percent to -13.3 percent.

China has been offsetting the $100 billion cost in U.S. trade war tariffs by slashing private business tax rates and increasing lending to state-owned enterprises. But with the International Monetary Fund in June forecasting China would suffer its first balance of payments deficit in twenty-five years, China has quickly abandoned its green economy.

China became the world’s largest market for electric cars by offering about $60 billion in auto firm subsidies from 2009 to 2017. But on June 26, China slashed electric vehicle subsidies by 45-60 percent, and completely eliminated subsidies for vehicles with ranges below 155 miles (250 kilometers) per charge. Claiming it would force competitive innovation, the entry-level Chinese electric car price jumped from $8,700 to over $14,500.

Coal use for electricity dropped from 68 percent of demand in 2012 to 58 percent in 2018. But Reuters reported in August that China’s National Energy Administration approved an almost 600 percent increase in new coal production capacity to 141 million tonnes in the first half of 2020, versus an increase of just 25 million tonnes for all of 2018.

Greentech reported on Oct. 15 that China will eliminate hydrogen fuel-cell vehicle subsidies of up to $22,000 on a the purchase of a new vehicle. Despite the fuel-cell technologies being identified by South Korea and Japan as one of the most promising innovations for the next decade, the China Ministry of Finance will end subsidies in 2020.