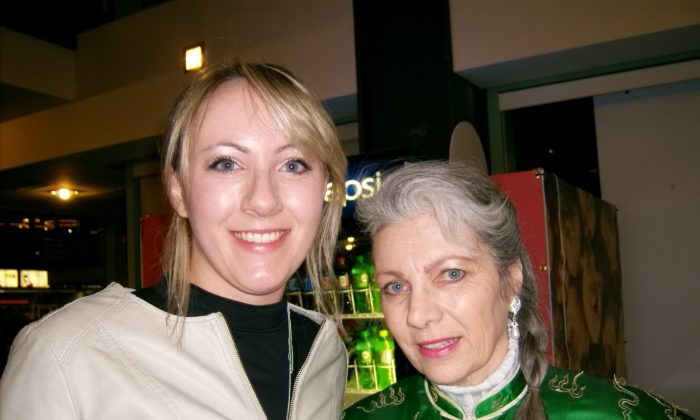 China’s Bright Past and Its Dark Present

DENVER—After seeing Shen Yun Performing Arts at Denver’s Buell Theater, Imara Magdalene had stories to tell about people she knew who had suffered in communist China.

The business consultant and holistic practitioner knew about the persecution of Falun Gong in China before she even saw Shen Yun on March 5.

Falun Gong, a spiritual practice that embodies the principles of truthfulness, compassion, and tolerance, has been brutally suppressed in China since 1999. Each year, Shen Yun uses a few of its 20 or so story-based dances to share some of what Falun Gong practitioners have endured and some of their spiritual triumphs as well—despite the 16 years of persecution.

Ms. Magdalene knows one of these stories already: “I have a friend who is imprisoned in China for practicing Falun Gong, so he was the one who told me to come and see this,” she said, explaining that he had been able to travel to see the performance only last year.

She continued: “And I understand what’s going on there, so I’m glad that [Shen Yun is] letting people know about the fact that people in China don’t have freedom to practice spirituality and religion and freedom of speech.”

Shen Yun’s mission is to restore the beauty of the divinely inspired traditional Chinese culture—the culture that preceded the communist takeover.

Ms. Magdalene’s daughter Juliana Rose, who joined her at the theater, is a martial arts practitioner and has taught it for about 16 years. She felt Shen Yun’s approach of using beautiful dance to get a message out about the persecution was amazing.

She was very impressed with what the dancers are able to do physically: “The training and the endurance that they have is fantastic.”

Shen Yun’s website explains that classical Chinese dance, the main vehicle used to tell stories of China’s traditional culture, developed alongside martial arts. Some of its tumbling and aerial flips emerged from that discipline.

As a holistic health professional, Ms. Magdalene doesn’t believe she’d be allowed to practice her profession in China because, she said, “I teach independence, individuality, [and] self-responsibility.”

Ms. Magdalene knew a grand master of qigong, an ancient mind-body system for the health, who had not been allowed to leave China.

The Chinese regime, fearing the world would consider China backwards, had persecuted qigong masters, herbalists, and martial artists for being barbaric. But when these practices became popular in the rest of the world and the United Nations invited this master to attend an event, China let him leave the country. However, they made his family stay in behind so that he would be forced to return.

Despite the current situation, Ms. Rose thinks there is much to learn from China’s past: “China has always fascinated me. … It’s such a huge country, with so many people, and thousands and thousands, and thousands of years of history that have been so influential on the world,” she said.

We really don’t learn much of what China has given to the world and that saddens her, she said.

“So I think it’s really important to get the whole picture and understand the history and the cultural significance” of China, she said.

For this reason, she thinks it’s important to see Shen Yun, which tries to do that very thing.