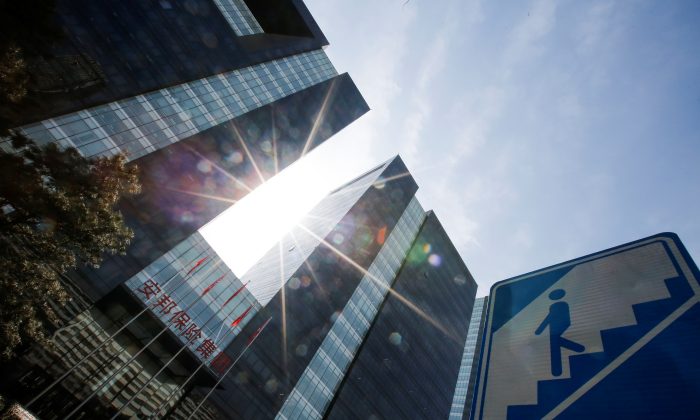 BEIJING—China’s Anbang Insurance Group said it will sell its entire stake in a health insurance unit as Beijing speeds up asset disposals at the troubled government-controlled insurance conglomerate.

Anbang said it would sell 77.7 percent of its stake in Hexie Health Insurance through its property and casualty insurance subsidiary, and the remaining portion to five companies including Fujia Group, a private commerce company.

Fujia Group will take a 51 percent controlling stake after the deal, the statement said.

Anbang did not reveal the size of the deal, which requires approval from the China Banking and Insurance Regulatory Commission (CBIRC).

The move comes as regulators seek to speed up the process of selling Anbang’s assets to minimize financial risks. Anbang was one of the most aggressive Chinese buyers of foreign assets a few years ago, using leveraged loans and risky short-term financing tools.

More than 1 trillion yuan ($145.4 billion) worth of Anbang assets had been or were in the process of being disposed, CBIRC Vice Chairman Liang Tao told reporters on July 4.

“For the next step, the takeover team will steadily introduce strategic investors to Anbang and push forward its restructuring,” Liang said, without elaboration.

China has formed a new company called Dajia Insurance Group to take over the assets of Anbang, according to sources familiar with the matter and a government document. The new group was led by He Xiaofeng, the head of Anbang’s takeover team.

The Chinese regime took control of Anbang in February last year, part of a sweeping campaign to reduce financial risk. The company’s former chairman, Wu Xiaohui, was sentenced in May 2018 to 18 years imprisonment for fraud and embezzlement. His appeal against the conviction was rejected by a Chinese court in August 2018.

Wu is one of the highest-profile business executives reeled in by Chinese leader Xi Jinping’s sweeping anti-corruption efforts.

In China, business is always driven by politics. And Wu’s political network could very well have landed him in trouble.  Sources close to the Chinese Communist Party leadership told The Epoch Times back in June 2017 that Wu had ties to the family of Zeng Qinghong, the former Chinese vice premier and right-hand man to former Party leader Jiang Zemin. Jiang and his associates make up an opposition faction at odds with Xi and his allies.

By Cheng Leng & Ryan Woo. The Epoch Times contributed to this report.