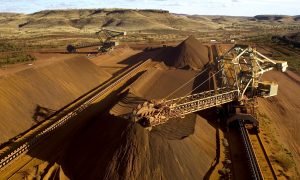 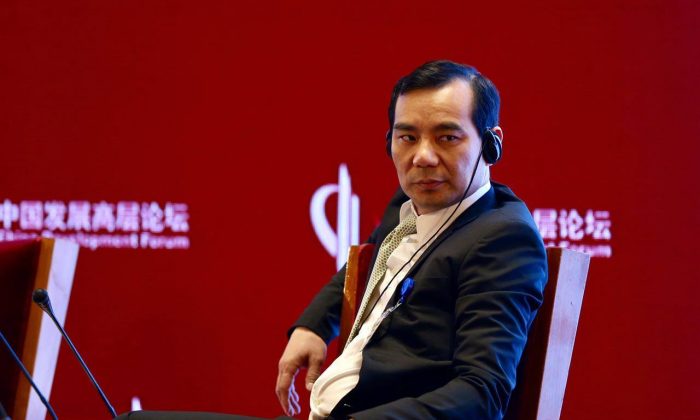 In a move that stunned New York dealmakers at the time, the famed Waldorf Astoria hotel on Park Avenue was sold in 2014 to a little-known Chinese company.

That Chinese company is Beijing-based Anbang Insurance Group, an insurance conglomerate known for its aggressive overseas asset purchases, including a failed 2016 bid to acquire Starwood Hotels and Resorts. At the time, Chinese companies were engaged in a global takeover spree, and Anbang appeared to be leader of the pack.

Only a year later, the once high-flying Anbang is suddenly grounded.

Anbang chairman, billionaire Wu Xiaohui, has been detained by Beijing authorities. Meanwhile, several Chinese state-owned banks were told to stop their dealings with the company, sources told Bloomberg on June 15. Its more than 30,000 employees and nearly $300 billion in assets have been left hanging in the balance.

On June 9, Beijing anti-corruption investigators detained Wu, according to the Financial Times. While it is not yet clear if the Central Commission for Discipline Inspection will announce a formal investigation of Wu, he is certainly the highest-profile business executive reeled in so far by Chinese leader Xi Jinping’s sweeping anti-corruption efforts.

In only a short time, Anbang rose from relative obscurity to become one of China’s largest holders of foreign assets. Before its activities were curtailed, Anbang had become well-known among Western private equity firms and real estate moguls as a competitive bidder for assets.

Wu and Anbang have cultivated extensive business and political connections abroad. Wu is known to be close to Jonathan Gray, global head of real estate at U.S. private equity giant Blackstone Group. A few of Anbang’s recent asset acquisitions have been bought from Blackstone. Wu was also in discussions to acquire a stake in the Manhattan office tower owned by Jared Kushner, son-in-law and senior adviser of President Donald Trump, but the deal was called off in March.

Anbang’s sudden fall seemed as startling as its rapid ascent. What caused the disgrace of Wu Xiaohui, who led a conglomerate described by the Financial Times in 2016 as “one of China’s most politically connected companies”?

In China, business is always driven by politics. And Wu’s political network could very well have landed him in trouble.

Wu was in discussion to acquire a stake in the Manhattan office tower owned by Jared Kushner.

Overseas Chinese language media and sources of this newspaper note that Wu and Zhou are now divorced, although Wu and Anbang have publicly denied such reports.

Wu, 50, is believed to be a close ally of an influential political faction that is in opposition to the Xi leadership. Jiang Zemin was head of the CCP for more than a dozen years (1989–2002) and continued holding sway over the Chinese regime through a network of cronies for another 10 years (2002–2012). Since entering office in 2012, Xi has waged a battle to uproot the influence of Jiang and his faction.

Sources close to Zhongnanhai, the central headquarters of the CCP, told The Epoch Times that Anbang and Wu have close ties to the family of Zeng Qinghong, the former Chinese vice premier, member of the powerful Politburo Standing Committee, and longtime confidant of Jiang.

The source said that both Wu and Xiao Jianhua—the Chinese billionaire and Tomorrow Group owner who was abruptly brought back to Beijing from Hong Kong for investigation earlier this year—are key “white gloves,” or money launders, of the Zeng family and the Jiang faction.

The source added that Wu and Xiao used financial transactions to funnel and launder funds abroad on behalf of the Jiang faction, while at the same time parlaying their roles as business tycoons to spy on and influence foreign dignitaries.

There are questions surrounding the sources of Anbang’s capital. The company was founded in 2004 as a small insurer with a mere 500 million yuan ($73 million) of capital and eventually became a behemoth with assets of more than 1.9 trillion yuan ($292 billion).

Anbang’s capital suddenly swelled in 2014, with a number of mysterious investors injecting a total of 50 billion yuan into the company. Research by Caixin, a respected mainland business magazine, found that some of Anbang’s 39 investors are obscure outfits such as auto dealerships, real estate firms, and mine operators that sometimes use shared mailing addresses, many of which are connected to Wu. There’s also a trend of major state-level investors scaling back their ownership, with SAIC Motor and Sinopec decreasing their ownership levels from 20 percent each to 1.2 percent and 0.5 percent, respectively.

The insurer also relies on funding from selling risky wealth management products called universal life policies. These products, which are a hybrid of bonds and life insurance policies, offer high interest rates and have been extremely popular with consumers dissatisfied with bank deposit rates of around 1 percent.

Xi Jinping has made reforming the financial industry a core focus this year. At a speech on March 21, Premier Li Keqiang urged authorities to take powerful measures to prevent corruption in the financial sector, which is vulnerable to the advent of shadow banking, bad assets, and illegal internet financing, according to state-controlled media Xinhua.

Xi has also shown he’s unafraid to challenge captains of industry with extensive political connections. Wu’s detention is the latest in a string of recent disciplinary actions taken against high-ranking officials within the financial industry, and thus far, with the insurance sector as ground zero. In February, Yao Zhenhua, chairman of the financial conglomerate Baoneng Group, was banned from the insurance industry for 10 years. In April, the former head of China Insurance Regulatory Commission (CIRC) Xiang Junbo was placed under investigation.

Sources close to Zhongnanhai told The Epoch Times early this year that the Xi leadership is focusing on tackling corruption in the Chinese financial industry in 2017.

During this period, the insurance sector has turned into a den of corporate raiders.

Insurers are traditionally bastions of conservatism, holding stable assets such as government securities and corporate bonds. Insurers by nature must consider preservation of their clients’ capital as paramount. These assets are also liquid and can be easily sold to pay back policyholders.

Flush with cash from universal life policies, Chinese insurers embarked on a spending spree, amassing portfolios of risky assets not typically associated with insurance, such as stocks, real estate, and foreign companies. Such assets are risky and illiquid, and could impede an insurer’s ability to repay holders during times of distress.

The insurers most closely associated with such practices are Evergrande Life, Foresea Life—a unit of Baoneng—and Anbang. These companies’ business models closely resemble a private equity fund, where capital is expensive and investment returns are the main focus.

Last year, Foresea and Evergrande amassed a large stake in residential real estate developer China Vanke. A public and protracted dispute to wrest control of Vanke from founder and CEO Wang Shi—one of China’s most famous entrepreneurs—ensued, creating a market firestorm that was finally dispelled after Beijing intervened in December.

But years of freewheeling cannot be corrected overnight.

Foresea, which depends on cash from sales of universal life products, issued a warning last month to regulators, calling for a lifting of the ban on the products “to avoid mass riots by clients, causing systemic risks and much damage to the wider industry.”

Reference to “mass riots” is anathema to the CCP and a potential challenge to the Xi leadership. The insurance industry, in the end, may not give up without a fight.