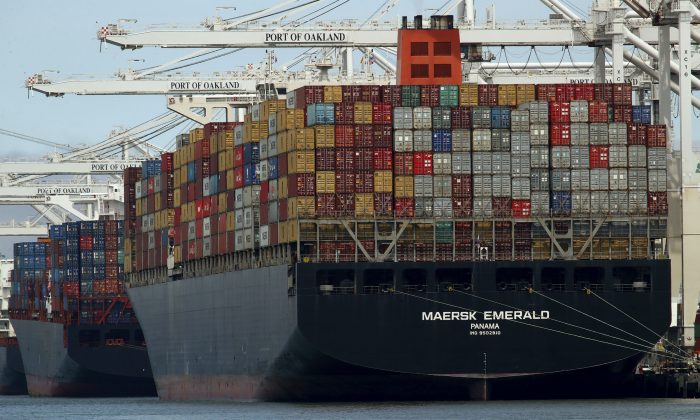 China is temporarily removing retaliatory tariffs placed on U.S. cars, trucks, and auto parts in another sign that China is making good on pledges made with the United States during the G-20 summit in Argentina.

From Jan. 1, Beijing will halt for 90-days the extra 25 percent tariff it had placed on cars and trucks from the U.S., as well as a 5 percent charge on auto parts, the Finance Ministry announced on Dec. 14.

The tariff cut lowers the charge for U.S.-made cars and trucks in China to 15 percent—the same level as imports from other countries.

The suspension marked a second concession made by the Chinese regime amid a trade truce with the United States following a meeting between President Donald Trump and Chinese leader Xi Jinping on the sidelines of the G-20 Summit in Argentina on Dec. 1.

As part of the detente, the United States agreed to suspend for 90-days a planned tariff increase from 10 percent to 25 percent on $200 billion worth of Chinese goods. President Trump had previously said that China would in return “reduce and remove” tariffs on U.S. cars. The administration also said that China had agreed to buy agricultural products, including soybeans, from U.S. farmers immediately.

Earlier this week, China delivered on this promise when it made its first purchase of U.S. soybeans since the escalation of the trade war earlier this year.

Meanwhile, China has indicated it plans to move ahead with the talks despite the arrest of Huawei chief financial officer Meng Wanzhou in Canada. She now faces possible charges in the U.S. related to a violation of trade sanctions on Iran.

China’s Finance Ministry said the tariff suspension would apply to imports worth up to a total of $126 billion. That would be nearly 10 times the $13 billion worth of vehicles the United States exported to China last year.

China is the world’s biggest auto market but most U.S.-branded vehicles sold in the United States are manufactured in Chinese factories.

The automaker hit hardest by the Chinese tariff hike was Germany’s BMW AG, which ships SUVs made in a South Carolina factory to China.

The penalties were imposed in retaliation to the U.S. raising tariffs on Chinese cars and auto parts earlier this year.

The United States and other trading partners complain that Beijing steals and forces companies to hand over technology in violation of its market-opening obligations. American officials also worry that Chinese industry plans calling for the state-led creation of global champions in robotics and other fields will threaten U.S. industrial leadership.

In response to such concerns, the Chinese regime is reportedly planning to scrap an industrial policy, “Made in China 2025,” in favor of a program more hospitable to foreign companies.

The plan had proposed to transform China into a high-tech manufacturing powerhouse by 2025 in fields such as artificial intelligence, cloud computing, and big data.

The Trump administration has repeatedly slammed the policy as protectionist for undermining fair competition by sanctioning state subsidies of domestic industries and forcing the transfer of technology from foreign companies.