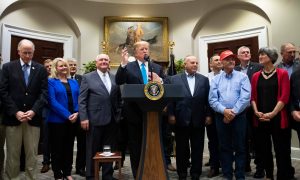 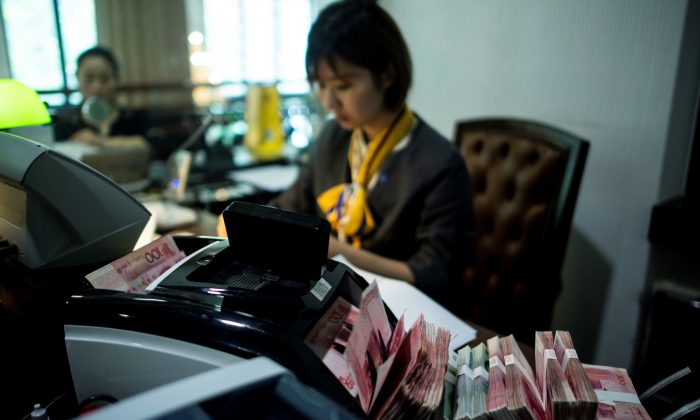 A bank employee uses a money counting machine to count out 100 yuan notes at a bank in Shanghai on Aug. 8, 2018. (Johannes Eisele/AFP/Getty Images)
Business & Economy

Analysts blame China’s restrictive foreign investment quota for the Shanghai Stock Exchange (SSE) being the worst performing stock market in the period since the Global Financial Crisis—since early March, 2009, the SSE has gained just 42.8 percent. They credit U.S. openness for the S&P 500 being the best performer with a 340.3 percent gain in the same period.

Despite China approaching its first negative balance of payments in 25 years, rumors that regulators would open China’s capital account to foreign investors are credited with driving the SSE to the top performer in 2019 with a 22.7 percent gain, versus an 18.7 percent gain for the second place U.S. S&P 500.

According to George Friedman of Geopolitical Futures, past U.S. administrations made demands that China open its economy to U.S. goods and end currency manipulation, but former Chinese leaders managed to deflect such demands: “Meetings were held, dinners consumed, toasts made, but the Americans went home empty-handed.”

But with China’s M1 money supply growth plunging from 25.2 percent in July 2016 to 3.1 percent in July 2019, and the U.S.-China trade war food causing food inflation to triple to 7.5 percent, China needs an inflow of foreign currency to stabilize its economy, according to a recent report by Diana Choyleva at Enodo Economics.

SAFE had quietly been moving to authorize foreign banks and insurers to convert from minority to controlling ownership interests in their China joint-ventures. JPMorgan Chase & Company, Nomura Holdings Inc. and UBS Group AG have already won approvals, while Goldman Sachs and others is pending.

But the willingness to open the capital account came just a week after the International Monetary Fund (IMF) and its sister the World Bank officially warned that China can no longer grow exports to bring in more cash and avoid a negative balance of payments deficit.

The IMF stated that when China joined the WTO in 2001, its share of total world exports was around 4 percent. By 2017 its share had more than tripled to 13 percent. Although still the world’s top exporter, China’s export share actually declined in 2016 and 2017.

It is unclear what the full impact of such a major financial liberalization will be on China’s $6.9 trillion in stocks and $13 trillion in bonds. Adrian Zuercher, head of asset allocation for Asia Pacific at UBS Wealth Management, told the South China Morning Post: “It is certainly a positive and it underscores the fact that the trade war with the U.S. has a positive effect on China – it is pushing its reform agenda more than expected.”