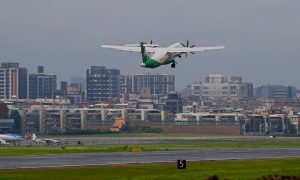 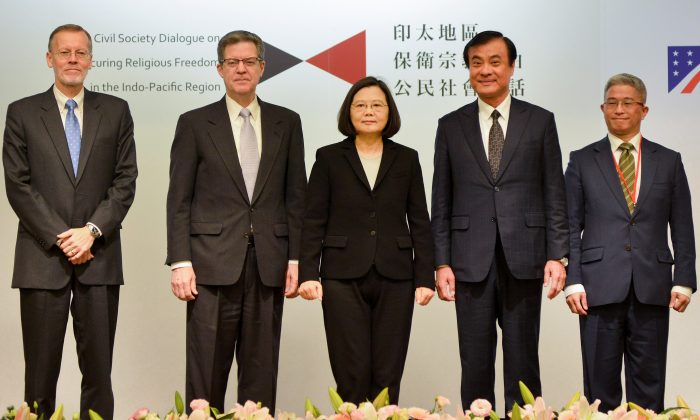 Rand Corporation forecasts that China’s victory flipping UN recognition by two small Pacific Island nations will not lead to diplomatically kicking Taiwan out of the Pacific.

The Chinese regime whittled down Taiwan’s United Nations diplomatic recognition from 17 nations to 15 nations by enticing the Solomon Islands and Kiribati to switch teams. But the Marshall Islands, Palau, Nauru and Tuvalu still recognize Taipei over Beijing, because each island nation is a key team player on the United States’ rapidly strengthening Indo-Pacific defense security alliance.

Palau and the Marshall Islands, which just reaffirmed its Taiwan ties, maintain Compacts of Free Association (COFAs) with the United States. COFAs are unique international agreements that grant them American annual economic assistance and many other benefits in exchange for unfettered U.S. military access to their territories.

Although Tuvalu and Nauru may have both elected new leadership, Tuvalu’s Prime Minister Kausea Natano has just reaffirmed his nation’s diplomatic relationship with Taiwan, and Nauru has an enduring antipathy against China for aggressively opposing the United Nations’ Resolution 1249 that recognized Nauru after its independence.

After the Koumintang of China (KMT), also known as the Nationalist Party of China (NPC), lost the civil war on the mainland, they fled to Taiwan in 1949. All of the nations in the Soviet Union sphere of influence recognized the “Peoples’ Republic of China.” The United States, United Kingdom, France, and many other U.S. allies switched their UN recognitions of China in 1971, eventually leaving Taiwan with 20 recognitions.

Under the Obama administration, the United States and Australia gave economic aid to the Pacific islander nations that recognized China including the Cook Islands, Micronesia, Fiji, Papua New Guinea, Samoa, Tonga and Vanuatu.

El Salvador in Central America, Burkina Faso in West Africa and the Dominican Republic in the Caribbean, all switched recognition from Taiwan to Beijing last year, mostly due to promises of financial aid and participation in China’s One Belt, One Road (OBOR, also known as Belt and Road) initiative.

The Solomon Islands claimed its diplomatic relationship with Taiwan was “business as usual” on Sept. 9, but switched recognition to China on Sept. 16. Four days later, the sprawling and sparsely populated South Pacific archipelagic nation of Kiribati dumped Taipei for Beijing.

The military value of the Solomons and Kiribati are very limited, because they are far from the strategic South China Sea and the critically important 550-mile Malacca Strait that is the shortest route between the Pacific and Indian oceans. As the world’s second-busiest waterway, 83,000 vessels that transit the Malacca Strait each year carry Asia’s lifeline of food, raw materials and 16 million barrels of oil a day.

The diplomatic recognition timing played symbolically in the run-up to the muscular Oct. 1 parade in Beijing’s Tiananmen Square to celebrate the 70th anniversary of the Communist Party’s takeover of China that featured 100,000 performers 15,000 military personnel, 580 pieces of military equipment and 160 aircraft streaking overhead.

But the Trump administration inferred that the recognition moves were an example of Beijing being the financial “highest bidder” in foreign aid. As teenagers were being symbolically shot in Hong Kong protests, Vice President Mike Pence expressed dissatisfaction by skipping a meeting with the new Solomon Islands prime minister, and the U.S. State Department said it was reassessing providing aid to the Solomon Islands.

The United States has been increasingly placing defense priority on the Indo-Pacific arena as evidenced by officially meeting with Freely Associated States (FAS) that include the Marshall Islands, Palau and Micronesia, which always recognized Beijing but also has a COFA with the United States. All three FAS leaders met with President Trump at the White House in May—the first time FAS leaders have ever met a sitting president—and Secretary of State Mike Pompeo became the first secretary to visit Micronesia in August.

The new government in Nauru recently reaffirmed its partnership with Taiwan. As a staunch defender of Taiwan, Nauru as host of the Pacific Islands Forum in September 2018, revoked visas for some members of the Chinese delegation, and during the meeting, prevented the head of the Chinese delegation from addressing the forum after he attempted to speak out of turn before the Prime Minister of Tuvalu.

As reported in The Epoch Times, America in early September held its first joint-naval exercises with the 10 nations of the Association of Southeast Asian Nations (ASEAN) in the Gulf of Thailand. China has had decades of institutionalized security cooperation with ASEAN, but failed in 2014 to negotiate a ban of ASEAN members from holding U.S. naval exercises. With a combined population of 651 million, ASEAN members have been concerned about China’s intention after it submitted a map to the UN Commission with a U-shaped “nine-dash line” extending about 1,200 miles south of China’s mainland to claim “historic maritime rights” to about 90 percent of the South China Sea waters.