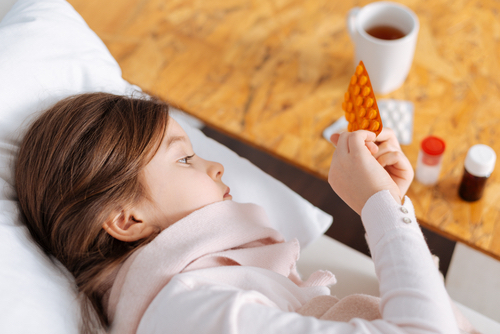 U.S. kids are 70 percent more likely to die before adulthood than kids in other rich countries .(Shutterstock)
Opinion

There is no greater crisis facing our world today than the chronic disease epidemic that has sabotaged the health of our children.

To date, WMP’s advocacy work has focused primarily on the toxic effects of mercury—one of the most neurotoxic substances on Earth—and the epidemic of neurodevelopmental disorders such as autism, plaguing our children.

Recent research has documented that not only has autism dramatically increased, but our children are the sickest generation ever with over half suffering from a life-long chronic disease.

Children born in the 1990s and early 2000’s diagnosed with autism, were the tip of the iceberg with regard to injury and mercury is just one of many harmful exposures fueling the chronic childhood health conditions and injuries we see today.

In response to this knowledge, the World Mercury Project is changing both its name and the focus of its advocacy efforts.

As the new name implies, Children’s Health Defense (CHD), has a bigger, bolder mission to end the childhood health epidemics by:

CHD has the same dedicated staff and board with Chairman, Robert Kennedy, Jr. and Vice Chairman, JB Handley leading our efforts.

The organization will continue to publish its popular online newsletter Kennedy News and Views. And, followers on social media will automatically be switched over to the new Facebook, Twitter and YouTube accounts in the next couple of days.

Our children’s ability to develop and thrive is being sabotaged by an avalanche of unprecedented health epidemics now affecting 54 percent of our children. This is unacceptable.
— Robert Kennedy

The facts are sobering: Autism rates are as high as one in 28 boys in some states, one in six children has a learning or behavioral disorder, one in every nine children has attention deficit hyperactivity disorder (ADHD), and 13 percent of kids in public school receive special education services.

Food allergies, including severe anaphylactic reactions, increased 50 percent from 1997 to 2011.

Last year over 15,000 children were diagnosed with cancer. There is an epidemic of autoimmune illnesses like diabetes, rheumatoid arthritis and eczema and half of U.S. adolescents have suffered from a mental, emotional or behavioral disorder.

U.S. kids are 70 percent more likely to die before adulthood than kids in other rich countries and America’s infant mortality is much higher than in peer nations.

The social and emotional impact of these epidemics on children and their families are enormous as are the financial impacts on our educational and medical systems.

In this video, Mr. Kennedy asks, “Why are our federal agencies not asking the essential question, ‘What is debilitating America’s children?’ We need to know that answer and we need to stop these exposures to our children today.”

To build awareness of the health problems facing the world’s children, CHD is asking everyone to tell their story with the hashtag #MyChildToo if they or a loved one suffers from a chronic disease or was injured by an environmental toxin or vaccine.

The campaign gives parents and others affected by epidemics—including autism, ADHD, allergies, rheumatoid arthritis, diabetes and more—a platform to tell their stories of unnecessary and devastating injuries.

CHD is planning multiple legal strategies in an effort to defend the health of our children and obtain justice for those already injured.  Your support is essential to CHD’s successful mission.
Kennedy, “Why are our federal agencies not asking the essential question, ‘What is debilitating America’s children?’ We need to know that answer and we need to stop these exposures to our children today.”

Sign up for free news and updates from Robert F. Kennedy, Jr. and the Children’s Health Defense.