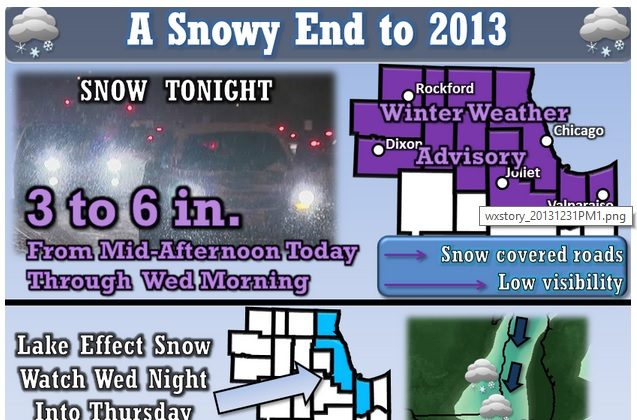 Chicago: Weather Forecast Projects Snow Accumulation of Up to 5 Inches

In Chicago, the weather forecast calls for light to moderate snow this New Year’s Eve.

Snowfall is projected to start around 1:45 pm. local time, reported the Weather Channel.

Its Winter Advisory, in effect until noon on Wednesday, expects snow accumulations of two to five inches, winds of five to 10 miles per hour blowing to the northeast, and temperatures of negative 2 to negative 11 degrees Fahrenheit.

There may be travel difficulties, so be prepared for road difficulties and limited visibility this New Year’s Eve.