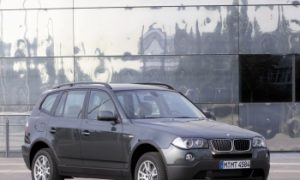 “I think it's beautiful, just beautiful. The dancing is fantastic; the costumes are beautiful. I love it,” said Ms. Sterrett, who owns a landscaping company.

Shen Yun, based in New York, aims to revitalize China’s divinely bestowed culture by bringing classical Chinese music and dance to the world.

For many, this performance is their first in-depth encounter with Chinese culture.

“I would have to say that this is the first time I've seen a performance that seems to be telling me a story about China and where all the [dancers] seem to be Chinese,” Mr. Conti, who works in finance, said.

“I think what this performance is doing is bringing to life the differences we have in the cultures,” he said.

Mr. Conti believed that what Shen Yun presented was authentic Chinese culture, because so many Asian people were in the audience: “There is a large Asian population here as well. Just by eyeballing it, I’d say it's at least 50-50 [percentage of Westerners to Asians] if not more. Honestly, I did not know what to expect from the show so it's interesting to see from the show there is an Asian following which brings an authenticity to it. I don't think you'd have a following if it's not authentic,” he said.

For Ms. Sterrett, the depth of the history of Chinese culture is what made the experience fascinating. “Our history is very, very short compared to Asian or European history, so it's the 5,000 years of history that's pretty amazing. It's beautiful.”

Also interesting for Mr. Conti was that despite the history, modern technology is included in the performance. High-tech animated backdrops brings “in some of the modern in, with some of the old,” he said, to create a well-rounded experience.

But what Mr. Conti liked best was that the show was so entertaining. He enjoyed the humor and mentioned one dance in particular, “Little Mischievous Monks,” in which young monks play while their abbot is not watching.