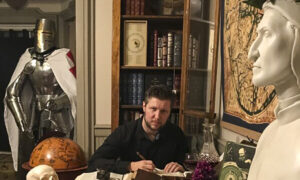 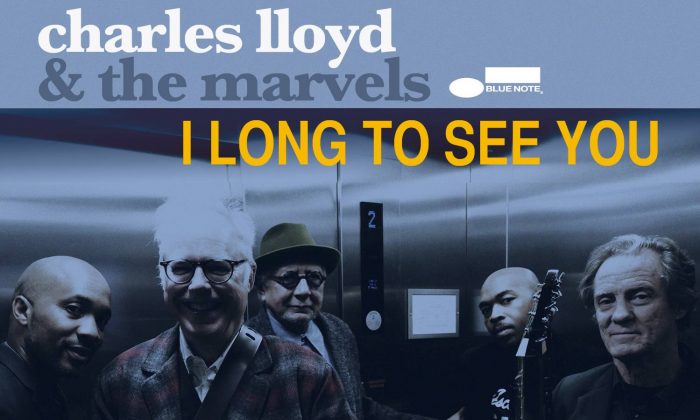 Charles Lloyd and Other Jazz Busting Out in June

During June, jazz fans will be able to catch up with treasured veteran musicians as well as rising stars.

Lloyd, an NEA Jazz Master, has continued over the years to surround himself with the finest musicians, such as pianist Jason Moran. His playing can be contemplative, bluesy, or biting and he has long exhibited an interest in Eastern philosophy and music.

All of these qualities are in evidence on his latest Blue Note album, “I Long to See You” by Charles Lloyd and the Marvels, with master guitarist Bill Frisell. The other members of the band are bassist Reuben Rogers and drummer Eric Harland, who have been playing with Lloyd for some time, and pedal steel guitarist Greg Leisz, an associate of Frisell.

The CD has a 1960s folk vibe, with a pair of antiwar pieces, starting with a stinging rendition of Bob Dylan’s “Masters of War.” Anyone who has seen the recent spy miniseries, “The Night Manager” will appreciate the timeliness of the sentiment, even if the lyrics are omitted.

Another unusual choice for a jazz album is Ed McCurdy’s “Last Night I Had the Strangest Dream” in which the songwriter imagined a world without war. This one does have a vocal, affectingly supplied by Willie Nelson.

Another guest singer is Norah Jones. Her soulful rendition of “You Are Too Beautiful” is perhaps in tribute to the late Joe Cocker.

There are also gorgeous performances of the folk song “Shenandoah,” which Frisell had previously recorded, the Joan Baez favorite, “All My Trials,” and the hymn “Abide with Me.”

From Lloyd’s past works come his compositions: the lilting “Sombrero Sam,” in which Lloyd switches to flute and “Of Course, Of Course.”

The album ends with the 16 minute “Barché Lamsel.” The title is a Buddhist prayer to remove all obstacles—outer and inner —and Lloyd has described the work as “a prayer for peace, a sutra for tenderness.”

Lloyd will be appearing at Town Hall with an acclaimed group from the saxophonist’s ECM period: Sangam, a trio with tabla player Zakir Hussain and drummer Eric Harland. Sangam means confluence in Sanskrit.

The group came together in 2006 to honor drummer Billy Higgins (1936-2001), who had played with Lloyd as well as other luminaries, such as Ornette Coleman.

One phenomenon I have commented on at various times is the unusually high number of talented Israeli jazz musicians. Cornelia Street Café which maintains high musical standards (in addition to spoken words events), has also taken note and is holding a series called the Israeli Jazz Spotlight, curated by bassist and composer Or Bareket, who will host the shows.

Appearing at the showcase on June 29 at 8 p.m. will be Israeli bassist and arranger Noam Wiesenberg, playing original compositions with his sextet. While there may be some influences from the Middle East, Wiesenberg also has a background in classical music and interest in flamenco.

Gregory Porter won the Grammy last year for best vocal jazz album for “Liquid Spirit.” His follow-up CD (also on Blue Note) “Take Me to the Alley” is just as enjoyable.

Porter is not only a talented singer with a mellow baritone, he also writes his own songs, both music and lyrics. While some of his compositions deal with romance—from excitement and obsession to disenchantment, there are songs for his son and his mother.

Porter’s church background is evident on the title track. “Take Me to the Alley,” reportedly inspired by the Pope’s visit to the United States, is basically a call to help the “afflicted ones” of our society.

Three to See in May: Barb Jungr, Noah Preminger, and Leslie Pintchik

Porter is grounded in jazz by his own tunes as well as by the tasteful arrangements by producer Kamau Kenyatta and pianist Chip Crawford. He is scheduled to perform at the Montreal Jazz Festival on June 29 and at the Newport Jazz Festival July 30 and 31.