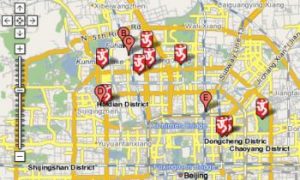 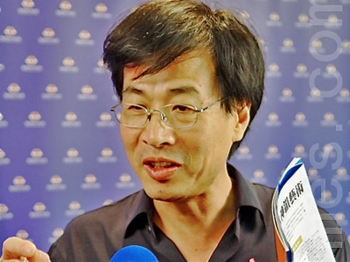 Mr. Li did not hide his delighted emotion. He said excitedly, “I am the conductor of a chamber choir. Shen Yun Performing Arts’ music highly touched me.” “All music is newly created, emitting a strong sense of freshness.” “Very unique! Marvelous!” he admired.

Mr. Li indicated that a picture came into his mind as soon as Shen Yun music was heard, and that picture was exactly the dances performed on the stage. “The conception created by the music melds very well with actors’ facial expressions and postures. The composition is a grandmaster’s creation. It is truly amazing and worthy of respect,” said Mr. Li.

The Shen Yun International Company Orchestra incorporates traditional Chinese musical instruments with Western orchestral instruments, endowing their music with unique charms of Chinese classics. The integration is unusual and not easy to achieve. Mr. Li indicated that Shen Yun is a performance that strikes people’s heart strings, saying “I am so much moved by the show that inspiration is aroused.”

The singing solos of Shen Yun vocalists also won praises from Mr. Li. Describing how the vocalists’ singing, especially “The Purpose of Life” by tenor Guan Guimin, touched the deepest part of his heart. He said: “Shen Yun music can cultivate our hearts. The lyrics of the songs sung by the vocalists penetrate deeply into our hearts. It is astonishing.”

Mr. Li is the conductor of Yuanlin Chamber Choir and a well-known violin craftsman in Taiwan. He leads and offers instructions to four violin musical groups. His activities range from conducting, violin instruction and violin pedagogy research to compilation of violin teaching materials and adaption of folk songs for string quartets. His newest devotion is researching the making of violins and string.