CEO Says Shen Yun’s Spirituality Is ‘What the world needs’ 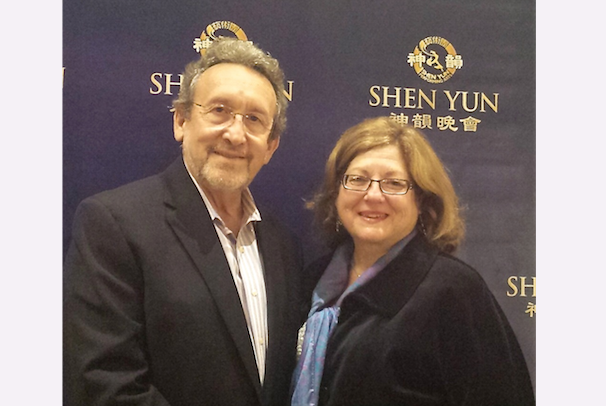 THOUSAND OAKS, Calif.—With tears in her eyes and emotion in her voice, one could see that Freddie Berger, CEO and director of Every Child Achieves, was deeply touched after watching Shen Yun Performing Arts at Fred Kavli Theatre March 20.

Mrs. Berger feels that traditional culture and spirituality are an immediate need for people today.

“It’s what the world needs to save itself and the people, and I’m very happy that [Shen Yun is] keeping that alive,” she said.

Shen Yun is a New York-based classical Chinese dance and music company that travels to over 100 cities in some 20 countries six months out of the year on its mission to revive traditional Chinese culture.

Shen Yun cannot be seen in China today, where traditional culture has been nearly lost due to the communist party’s campaign to destroy China’s sacred monuments and values.

Ms. Berger said it’s important that the performance raises the public’s awareness “that the freedom is not there [in China], so the people cannot even enjoy their own culture today.”

Her husband, Eli Berger, also watched Shen Yun, and he agreed with his wife’s sentiments.

“I share the same value as my wife,” he said. “[Shen Yun is] doing a really good job. Hopefully [it is] traveling all over the world and promoting that experience with other cultures … uplifting other people to bring their cultures up to the level they should be.”

In addition to the traditional Chinese culture and values embodied in the performance, the Bergers were also highly impressed with its beauty.

Ms. Berger said she felt uplifted after the performance.

“I thought it was so beautiful. The costumes, the colors; it was like visual candy,” she said.

A Shen Yun performance includes a variety of vignettes that bring to life 5,000 years of Chinese myths, legends, and culture, and in each piece performers wear different costumes, brilliantly colored and meticulously designed, that create “a consummate state effect,” according to Shen Yun’s website.

Both Mr. and Mrs. Berger were pleased with Shen Yun.

Mr. Berger said he would recommend Shen Yun. “Oh, definitely. Definitely. No wonder it’s a sell-out. They have to go and see [it] if they’re interested in something spiritual and beautiful and uplifting.”

Mrs. Berger added, “It was lovely that it was more than just dance and music, that it actually had a bigger purpose, and we were surprised—we did not know that. It was really heartening to see that.”