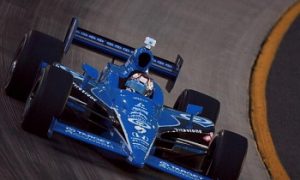 TAIPEI, Taiwan—The series of 44 performances by New York-based Shen Yun Performing Arts International Company across Taiwan concluded successfully in Taipei on April 21. As the final program ended, the audience stood up and gave thunderous applause to pay their respects to the artists and the company that is reviving the spirit of traditional Chinese culture.

The applause continued in the auditorium, and it was not until the final curtain fell that the audience reluctantly started to leave. Among the crowd were a well-dressed, graceful-looking couple who accepted an interview. The gentleman was Mr. Wang Yongshan, CEO of Tittot Co. Ltd. He praised the performance, saying, “Shen Yun has perfectly interpreted the quintessence of Chinese nationality. Their dances are exquisite.”

Speaking in a gentle tone, Mr. Wang said that he felt Shen Yun exhibited the essence of China's 5,000 years of history and culture. He said, “Shen Yun displays a very strong Chinese quality. The show illustrates some concepts using Chinese culture as the background. Quite easily it provokes a lot of resonance with me.” On the other hand, the show also adopted modern technologies. “Purely from the perspective of performing arts, Shen Yun utilizes many multimedia techniques [the dynamic backdrop]. It is quite phenomenal and creative,” Mr. Wang said.

Mr. Wang was particularly impressed by several dancing dramas. He said he admired the chivalry revealed in The Heroic Lu Zhishen, the lofty sentiments in Herding on the Grasslands, the ethnic customs in My Beloved Yi Village, and delightful wittiness in Little Mischievous Monks. He pointed out some scenes with outstanding humor, saying, “The actors played the roles of little monks in a very witty and humorous manner, creating a unique feeling for me.”

Mr. Wang introduced his wife as an advocate of cultural creativity, who is managing a museum. Ms. Chang Wenling is the manager of Tittot Crystal Museum. She said, “Everybody feels delighted to see beautiful objects. Seeing the beautiful dancing, beautiful music and magnificent costumes of Shen Yun is really a joyful experience for us.

“It is great enjoyment to immerse oneself in beautiful music. The live music created by blending Western orchestral and Chinese musical instruments is so harmonious that it leads to a perfect perception.”

“Watching Shen Yun has been great enjoyment for us. We really had a good time,” Ms. Chang concluded.

Tittot Co. Ltd. was established in 1994. The name “Tittot” originates from the pronunciation of a Chinese term that means “clear and transparent.” Specializing in the production and sales of crystal art works, the company’s ambition is to promote glass art through the internationalization of an enterprise. The Tittot Crystal Museum was founded in 1999.