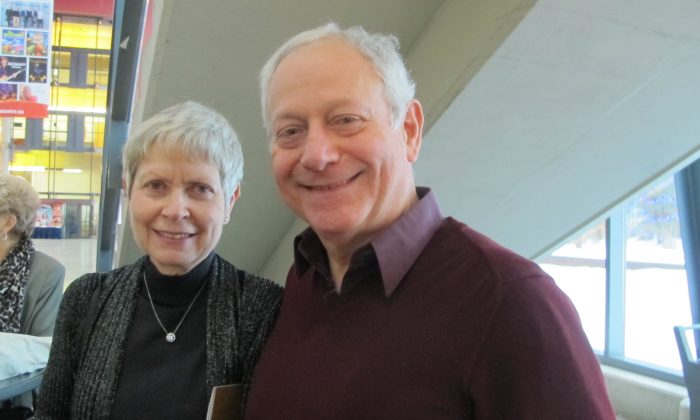 MISSISSAUGA, Canada—Shen Yun Performing Arts put on a grand display of Chinese history according to Toronto businessman Lorice Haig, who attended the Sunday matinee at the Living Arts Centre with his wife Mary-Jane Haig.

“It is a very rich culture. Chinese culture goes way, way [back]. When civilization did not exist in the world, China had its own civilization,” said Mr. Haig, a prominent businessman in the Toronto area, well known for his leadership in local business and community associations.

“Just to see the history and go through the whole history is something that is fascinating, and that is what is really exciting.”

It’s also something Shen Yun was created to do, explains the performing arts company’s website. Shen Yun was founded with a mission to revive 5,000 years of divinely inspired Chinese culture.

“It’s very rich and colourful,” she said. “Lots of rich mythology, stories, even children’s stories, perhaps. It is very comprehensive.”

She said the backdrops helped the audience immerse themselves in the performance. Shen Yun’s vividly animated backdrops set the scene for each dance and harmonize all aspects of the performance, including the costumes, music and choreography.

They also interact with the dancers in a way audiences frequently comment on.

“It looks like you’re right there. Beautiful,” said Mrs. Haig,

“We’re talking about 5,000 years of history and high-tech,” said Mr. Haig, referring to the backdrops.

He also said he liked the gracefulness of the dancers. “I enjoy the way that the ladies move—floating.”

Mr. Haig is the founder and CEO of Xenex Enterprises, a Toronto-based software company that creates custom business applications for everything from process automation to data warehousing.

He gives back to his community through organizations like the Etobicoke Chamber of Commerce, where he has served as chair, and the Toronto Business Development Centre, where he helped would-be entrepreneurs build their businesses.

Reporting by Donna He