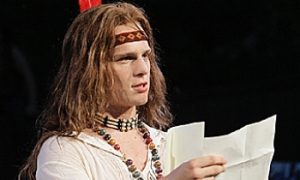 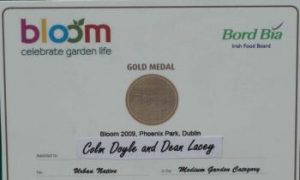 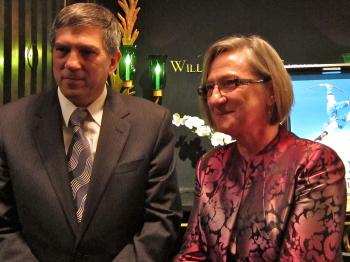 Christopher Yep and Mary Anne Yep are, respectively, the president and vice-president of a Chicago-based medical care company focusing with injured workers. They attended the matinee show of Shen Yun Performing Arts New York Company on Saturday April 16 at the Chicago Civic Opera House with two of their eight children.

“For us to come here today and to see the wonderful presentation brings it so much more alive!” he said.

Shen Yun Performing Arts, established in New York in 2006, embraces the mission of restoring and reviving Chinese traditional culture through the performance of classical Chinese dance and music.

Mrs. Yep, a second generation Polish-American who has traveled to Poland several times, used to have relatives in former communist Poland. She expressed her support for Shen Yun’s mission.

“We will stay in the fight for the Chinese people too, for their culture. Don’t give up! That is a wonderful, wonderful culture that we’ve had for thousands of years,” she said.

Mr. Yep agreed by showing his appreciation of the dancers’ commitment both to the performance and to spreading a message about the extent of Chinese culture.

Speaking of the show, Mrs. Yep said, “The show was wonderful!”

Classical Chinese dance, as showcased by Shen Yun Performing Arts, is one of the most comprehensive dance systems in the world. It requires dancers to be trained in techniques as well as inner expressions and their connection to bodily movements. The techniques include very difficult moves such jumps, flips, twists, and spins.

“The Plum Blossom was very beautifully done. The daintiness and femininity of the women was beautiful!” she said.

Mrs. Yep said the show “was entertaining but it was also heartening,” adding that her two children said “young people should come and see what these young people (the dancers) have done.”

This is the fifth year that Shen Yun Performing Arts performs in Chicago. The company still has six more shows from April 20 to 24 at the Chicago Civic Opera House. For more information, visit ShenYunPerformingArts.org .