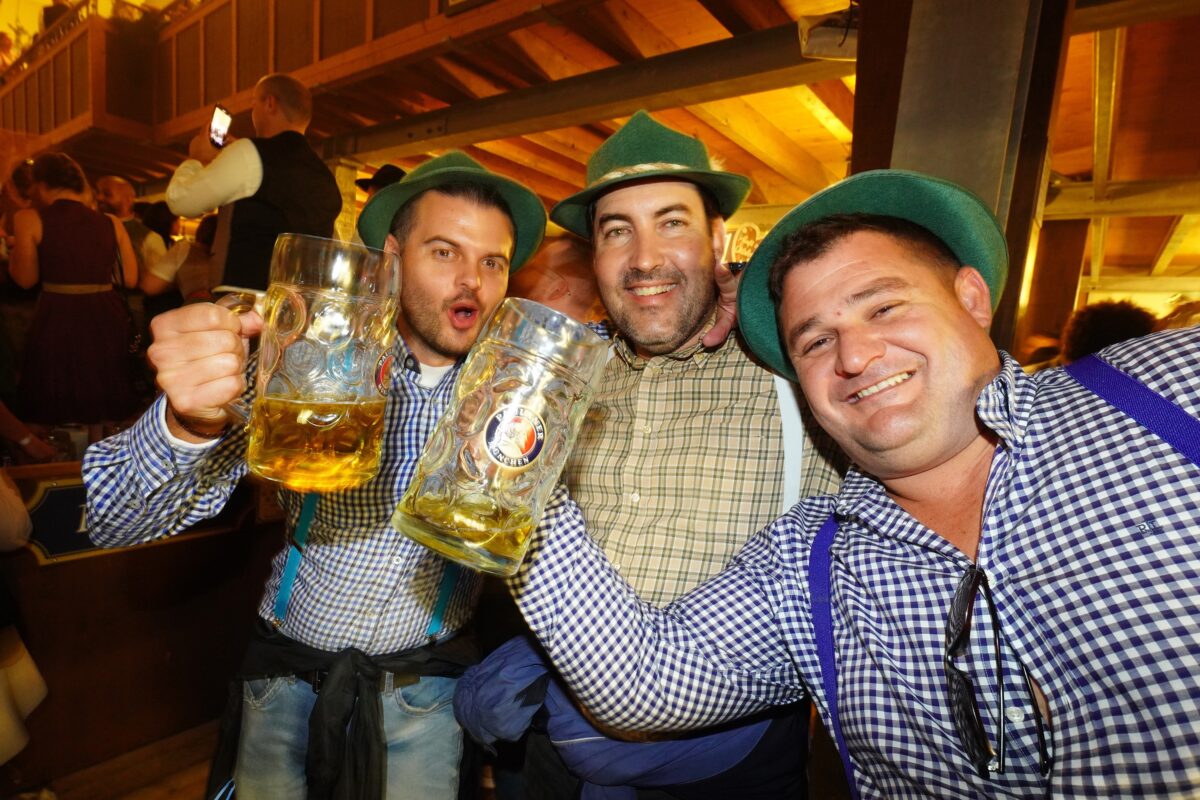 Revelers sing and hoist beer mugs in the Paulaner tent on the opening day of the Oktoberfest beer fest on Saturday, Sept. 17, 2022, in Munich, Germany. This year's Oktoberfest, which runs until Oct. 3 and is expected to draw more than a million visitors, is the first to take place since 2019. The past two years were closed down due to the coronavirus pandemic. (Johannes Simon/Getty Images/TNS)
Travel

Celebrate Oktoberfest Like a Local: Best Beers, Food, and the Right Way to Drink up

By Aspen Pflughoeft
From The Kansas City Star

Oktoberfest is back. The world’s largest folk festival—famous for its beer—is in full swing in Munich, Germany, and around the globe, according to the festival’s official website.

Oktoberfest kicked off on September 17 and continues until October 3, festival organizers said.

Here’s everything you need to know to celebrate Oktoberfest like a local—no matter where you are.

The Basics (And Not-so-Basics) of Oktoberfest

Oktoberfest—also called Wiesn—began as a royal wedding celebration and horse race in 1810 in Munich, a southern city in the German state of Bavaria, organizers say. People had so much fun that the celebration became an annual event that, over the years, evolved into the festival it is today.

The first Oktoberfest took place in mid-October. Since then, October’s colder weather has prompted the celebration to begin earlier in the year, organizers say.

Munich’s local Oktoberfest was canceled in 2020 and 2021 because of the COVID-19 pandemic, but the festival returns in full force this year.

The Best (and Only) Oktoberfest Beers

Oktoberfest beers are different from regular beers, festival organizers explain. Munich allows only six official Oktoberfest brews to be served—all local, all around 6 percent alcohol content, and all stronger than regular beer.

Ranked from easiest to hardest to find in the United States, the official Oktoberfest beers include:

Some American breweries have their own takes on Oktoberfest beers, sometimes called “Octoberfest” or “Octoberfest-style,” Hop Culture says. These seasonal American beers include:

How (Not to) Drink Your Beer

Beer-drinking at Oktoberfest has a specific set of manners, according to the event’s organizers.

What you should do:

What you should not do:

Many of these foods can be found at German restaurants or pubs in the United States, and similar dishes also exist in American cuisine.
When (hoping to be) in Munich:

Many Oktoberfest attendees dress in traditional Bavarian-style attire, Wiesn organizers say. This means lederhosen, a specific type of leather pants, for men and dirndl, a dress worn with a bodice and apron, for women.

The festival begins when the mayor of Munich taps the first keg and shouts “O’zapft is,” meaning “it’s tapped” in Bavarian, organizers say.

The fairgrounds in Munich have 17 large tents and 21 smaller tents where people gather to drink beer and celebrate, the website says. In past years, the festival has drawn about 6 million visitors who drink about 7.7 million liters (about 2 million gallons) of beer, organizers say.

Local Oktoberfest celebrations take place across the United States, and German-themed restaurants or pubs are likely to host an event, Culture Trip reported.

If not, “have your own party,” the travel site says.