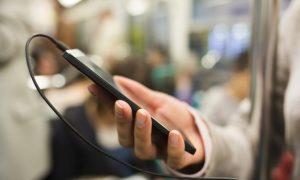 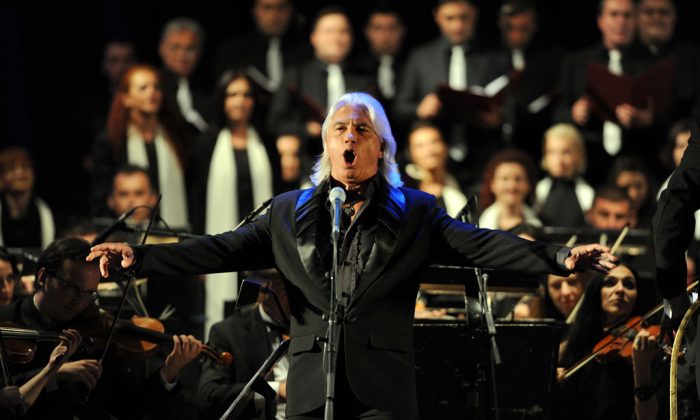 CD Review: “The Bells of Dawn—Russian Sacred and Folk Songs,” Dmitri Hvorostovsky at His Best

Siberian baritone Dmitri Hvorostovsky is one of the world’s leading opera singers. While he excels in Verdi—he will be appearing in “Un Ballo in Maschera” at the Met later this season—he is at his best in music of his homeland.

Hvorostovsky has made many recordings of Russian music of various types, including opera, art songs, and folk music. His latest release is “The Bells of Dawn: Russian Sacred and Folk Songs” (on Ondine, distributed by Naxos).

The Russian Orthodox Church did not allow musical instruments, and the performances on the CD adhere to this practice. This is an a cappella album in which the baritone is joined on most of the pieces by The Grand Choir Masters of Choral Singing led by Lev Kontorovich.

The album starts with “Praise the Name of the Lord” (Khvalite imya Gospodne) by Dobri Khristov (1875–1941). The Bulgarian composer had studied Dvorak, and his piece urges listeners to confess to the merciful God.

Pavel Chesnokov (1877–1944) wrote sacred compositions until the Soviet regime banned them. “Blessed Is the Man” (Blazhen muzh) is a setting of another canonical text about seeking salvation.

Chesnokov’s “Pre-eternal Counsel” (Sovet prevechniy), “Hear My Prayer” (Da ispravitsya molitva moya), and “From My Youth” (Ot yunosti moyeya) are similar. Along with the hallelujahs are warnings that sinners will suffer eternal damnation. Mikhail Burmagin’s “The Wise Thief” (Razboynika blagorazumnago) is a plea for salvation.

The second half of the album comprises folk songs, though the mood of most is as somber as the religious pieces.

“A Snowstorm Sweeps the Street” (Vdol’ po ulitse metelitsa metyot) by Alexander Varlamov (1801–1848) is about a man who wants his lover to slow down so he can feast on her beauty. This is one of the few upbeat songs on the album.

“They Do Not Let Masha” (Ne velyat Mashe za rechen’ku khodit’), sung by Hvorostovsky without the choir, is about a woman disappointed in love. The singer closes with a note of despair.

“There Is Not One Path Through the Field” (Ne odna vo pole dorozhka), sung with the choir, is mysterious, about a path that one cannot walk or ride. The melancholy mood continues with “The Lonely Coach Bell” (Odnozvuchno gremit kolokol’chik). The singer hears a coachman sing a sad song, and this sparks memories that bring tears to his eyes.

“Farewell, My Joy” (Proshchay, radost) is another piece by the singer alone. He cannot sleep, thinking of the good times frolicking on the beach and his realization that he will never again see the woman he loves.

“The Fog Has Fallen Onto the Field” (Uzh kak pal tuman) seems to have religious significance as the soloist and choir wonder if they will ever find the true path. The next song, “I Walk my Path Alone” (Vïkhozhu odin ya na dorogu) by Elizaveta Shashina (1805–1903), with words by Mikhail Lermontov, makes this connection explicit, with the desert listening to God. Again, the singer has lost his love and suffers from insomnia. He wants to sleep, but not forever. (There must be a good market for Ambien in Russia.)

The third solo piece, ‘Oh, Night” (Akh ti, nochen’ka), is another expression of self-pity. The singer has no mother, no father, just a woman with whom he is smitten, but she rejects him. Hvorostovsky sings this with passion, ending with a beautiful pianissimo.

The album concludes with the haunting title track, “The Bells of Dawn” (Zoryu b’yut) by Georgy Sviridov (1915–1998) with a text by Alexander Pushkin. The eerie sound of the bells is supplied by the sopranos in the choir repeating the same musical phrase.

Hvorostovksy’s singing is up to his high standards and the choir is superb. This music may be unfamiliar, but the songs are spellbinding when performed as well as they are on this album.