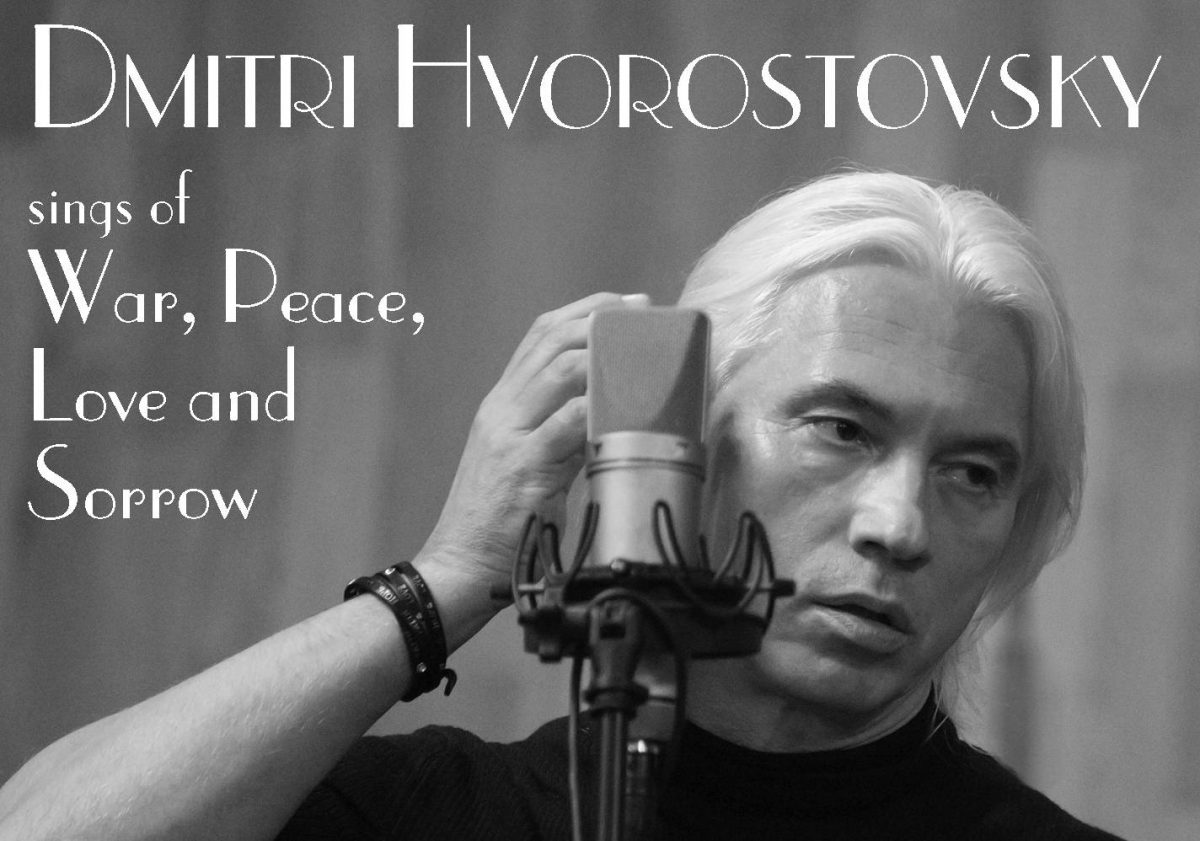 The Siberian baritone Dmitri Hvorostovsky has been a superstar since he won the Cardiff Singer of the World Competition in 1989 (beating out Bryn Terfel).

What distinguishes him? First of all, he has a distinctive voice, which he uses with musicality and extraordinary breath control. Second, he carefully delineates any character he plays, both visually and vocally. Third, he has matinee idol looks, tall with a mane of white hair.

Hvorostovsky scored a personal triumph last season at the Metropolitan Opera when, during a break from treatments for brain cancer, he played Count di Luna at three performances of “Il Trovatore.” He also gave a highly praised concert at Carnegie Hall.

Dmitri Hvorostovsky has a distinctive voice, which he uses with musicality and extraordinary breath control.

While he is one of the leading baritones in Italian opera, especially those by Verdi, he has always shown a commitment to Russian music, recording many albums of arias and songs from his native country as well as including them in his recitals.

“Dmitri Hvorostovsky Sings of War, Peace, Love and Sorrow” (on Delos), recorded last October, comprises scenes and arias from Russian operas. He has performed some of these roles on stage, but not all of them. In fact, he is quoted in the liner notes as saying that he believes his country’s operas are underrepresented on the world’s stages and he wants to use his position to remedy that.

The album captures the singer in fine voice with his usual dramatic flair.

Hvorostovsky had starred in Prokofiev’s “War and Peace” at the Met when the opera was first done there in 2002. The album begins with “Svetlaje vesenneje neba” (The radiance of the sky in spring). This is the first scene of the opera in which Prince Andrei overhears a late-night conversation between Natasha, with whom he falls in love, and her servant, Sonya. While initially dejected, upon hearing the young woman’s joy at encountering the beauty of nature, he declares that life is not over at age 31 and he still harbors hope for the future.

In Tchaikovsky’s 1884 “Mazeppa,” Hvorostovsky is again smitten by a young woman. This time, he is the title character, the 70-year-old military leader of a Ukrainian separatist group. The opera is based on a rebellion that took place in the early 18th century and is still timely in view of the current tensions between Russia and Ukraine.

The aria, though, has nothing to do with politics but is an expression of Mazeppa’s love for Maria. Their wild passion has reinvigorated him in what he expected to be his declining years. Hvorostovsky has never appeared on stage in this opera. It was performed by the Met only when the Kirov Opera company visited in 1998.

Tchaikovsky’s one-act opera “Iolanta” (1892) had its long overdue debut at the Met last season, starring the wonderful Anna Netrebko. Hvorostovky was not in the cast, but the CD contains a rapturous rendition of “Robert’s aria” in which the Duke sings of his love for Countess Mathilde. He raves about her intoxicating beauty even though he was supposed to have an arranged wedding with the blind Princess Iolanta.

Hvorostovsky has appeared on stage as Prince Eletzky in Tchaikovsky’s “Queen of Spades,” one of the composer’s two most frequently performed operas. (The other is “Eugene Onegin.”) Here, he takes on excerpts as another character in the opera, Count Tomsky.

The recording ends with the dramatic final scene of Anton Rubinstein’s “The Demon” (1871).

In “Tomsky’s Ballad,” he recounts the legend of the elderly Countess and the “three cards,” which sets the action leading to the downfall of the lead character, Herman. “Tomsky’s Song” (If cute girls), is a lighthearted drinking song, with a chorus that urges the singer to deliver another witty verse.

The recording ends with the dramatic final scene of Anton Rubinstein’s “The Demon” (1871). Hvorostovsky plays the title character, who falls in love with a young woman named Tamara. The scene takes place at a convent to which Tamara had fled after the demon killed her bridegroom. She tries to resist him but cannot. After he kisses her, a chorus of angels appears and takes Tamara to heaven while making the demon disappear. Based on this excerpt, the opera seems to be unfairly neglected.

Hvorostovsky had appeared in a semi-staged version of “The Demon” in Moscow last year. For the recording, he has the same soprano, Asmik Grigorian, sing the role of Tamara. She is also Natasha in the “War and Peace” scene. She is a rising star and deserves her own recital album. Incidentally, her late father, the tenor Gegam Grigorian, appeared with Hvorostovsky at the Met’s 2002 production of “War and Peace.”

The Mass and Requiem at Mostly Mozart

“War, Peace, Love and Sorrow” is another excellent example of Hvorostovsky’s art and a reminder of the beauty of Russian operas. The CD comes with translations of all the pieces.

Opera lovers should take note that Hvorostovsky will return to the Met next spring in “Eugene Onegin” with Anna Netrebko. They have each performed the opera here, but not together.