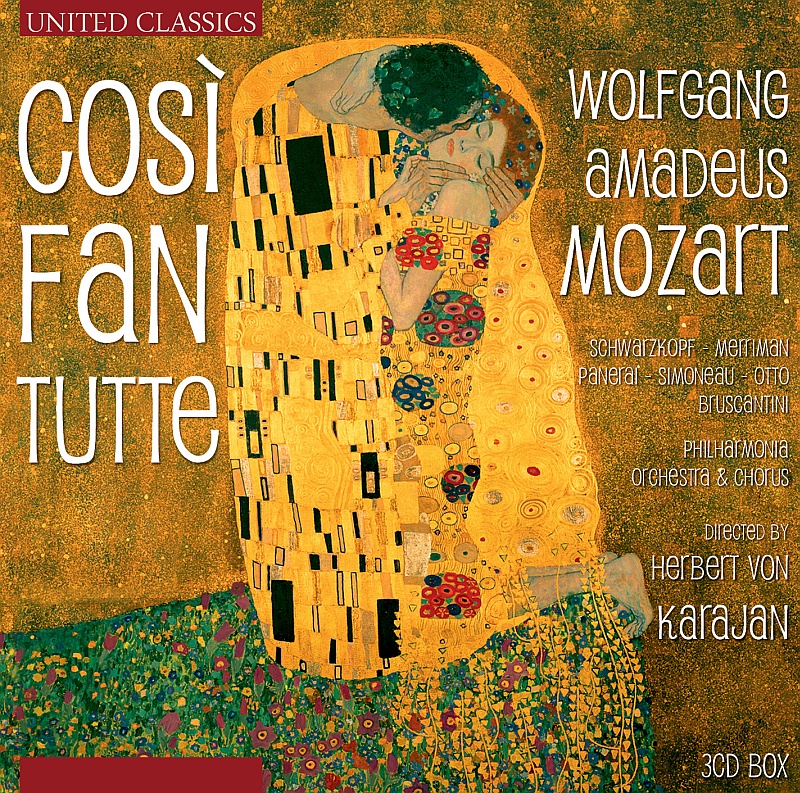 “Così fan tutte,” which premiered in 1790, was the last collaboration between Mozart and Lorenzo Da Ponte, the librettist of “Don Giovanni” and “Le Nozze di Figaro.” Though it has not become as popular as the other two Mozart and Da Ponte collaborations, “Così” is frequently revived and is being performed this season at the Metropolitan Opera.

The script is cynical and was rarely performed in the 19th century. The title means “All women are like that” and the contention that women are basically unfaithful is the premise of the opera.

At the beginning, two friends (Ferrando and Guglielmo) in 18th century Naples express their belief in the fidelity of their fiancées, who happen to be sisters. An elderly cynic (Don Alfonso) bets that he can prove them wrong in 24 hours.

The men pretend to go off to war and then return disguised as Albanians. Upon seeing them in their exotic outfits, the ladies’ maid Despina, who has been enlisted to help the scheme, comments that she can’t tell if the two are “Turks or Transylvanians.”

Though the plot could have been treated as an opera buffa, in fact, the work is filled with sublime melodies often drenched in melancholy, as when the sisters worry about the dangers their soldier-boyfriends face.

On the other hand, the saucy Despina (who later appears in the guises of a doctor and a notary) sings a hymn to licentiousness, which may be the reason that Beethoven, among others, considered the work risqué.

United Classics/Naxos has just released one of the finest recordings of the opera, a monaural version from 1954 (on 3 CDs) with the Philharmonia Orchestra and Chorus conducted by Herbert von Karajan.

The producer was Walter Legge and the star was his wife, the great soprano Elisabeth Schwarzkopf as Fiordiligi. Born in Germany, she became a naturalized British citizen and in 1992 was made a Dame Commander of the Most Excellent Order of the British Empire.

While some complain that Schwartzkopf’s later performances were mannered, that is not the case here. At her best, she was a supreme interpreter of operas by Mozart and Strauss as well as German lieder and operetta.

The role of Dorabella is portrayed by the American mezzo Nan Merriman, best known for her radio broadcasts with Arturo Toscanini. As Despina, Lisa Otto is amusing, especially when she appears in several disguises.

The elegant French-Canadian tenor Léopold Simoneau is Ferrando and baritone Rolando Panerai is Gugliemo, the other lovelorn soldier. Bass-baritone Sesto Bruscantini is Don Alfonso, who sets the events in motion.

The singers were all captured in their primes in roles that suited them perfectly. Each, except for Simoneau, made later recordings of the opera.

Ironically, Simoneau is credited by many as giving the best-recorded performance of the role. Bruscantini had a long career and again played Don Alfonso in a 1990 recording.

The liner notes list the arias and include an essay by Richard Osborne about the opera and the performance. There is no libretto, but the album cover is part of the beautiful painting, “The Kiss” by Gustav Klimt.