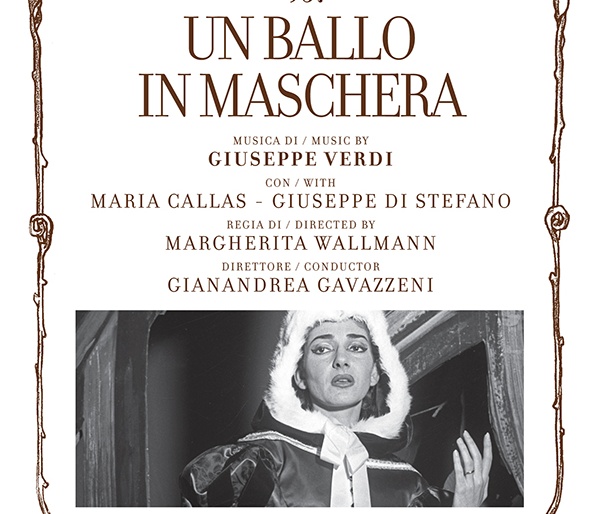 The Teatro alla Scala Memories series (on Skira Classica) make wonderful gifts for opera lovers, especially those interested in historic performances. Each set comes in a hard cover book with essays, photos of the production, sketches of the sets and costumes, the complete libretto in Italian and English, a listing of all casts in the opera since it was first performed at La Scala, and an opera recorded live at the opera house.

A new release in the series presents a truly historic recording: Verdi’s “Un Ballo in Maschera” (“A Masked Ball”) in a 1957 live performance starring Maria Callas as Amelia.

The supporting cast is exceptionally strong— her frequent partner on stage and in recordings tenor Giuseppe di Stefano as Riccardo, baritone Ettore Bastianini as Renato and mezzo-soprano Giulietta Simionato as Ulrica (the fortune teller).

The recording has been available before on EMI Classics but without the other extras of the Memories set.

Verdi’s librettist Antonio Somma based his script on an actual assassination at a masked ball in Sweden. Even the fortune teller is based on a real person: a supposed clairvoyant named Ulrica, who warned King Gustav that he was in mortal danger.

However, Somma fabricated a romance between the king and Amelia (the wife of the ruler’s adviser and friend Captain Anckarström, who becomes the killer). There is a group that plots to murder the king for political reasons, but Anckarström performs the crime out of pure jealousy.

Censors were nervous about the theme of regicide and forced Verdi to change the locale. Therefore, the setting was altered to colonial Boston. In the opera, Gustav is Riccardo, Earl of Warwick and Governor of Boston, Anckarström is Renato (Amelia’s husband and Riccardo’s secretary) and the fortune teller keeps her actual name of Ulrica.

Also important in the opera is Oscar the page (portrayed with charm on the recording by soprano Eugenia Ratti), a character inspired by Cherubino in Mozart’s “Marriage of Figaro.” Although the opera is nowadays performed at the Metropolitan Opera and elsewhere in the original setting of Sweden, this performance is set in Massachusetts. The photos show that Ulrica the fortune teller is dressed as an American Indian.

Callas and di Stefano were headed for early declines but at this point, they were still able to generate excitement. Her singing is strong, full of dramatic fire, exhibiting passion during the love duet with Riccardo and heartrending emotion when she pleads with her husband to spare her life or at least allow her to see her son once more.

Di Stefano shows off that glowing tone that made him the envy of other tenors. (Pavarotti named him as his favorite tenor of all time.) The role was well suited to di Stefano’s voice, although he occasionally pushes too hard.

Bastianini, best known for Verdi roles, had one of the most beautiful baritone voices of that era and delivers a stunning “Eri Tu.” (Tragically, he developed throat cancer in 1962 and, after struggling with the disease and giving inconsistent performances, succumbed in 1967).

Simionato (the leading mezzo of the 1950s) had the longest career and the longest life of any of them; she sang in leading opera houses for over 30 years and died the week before her 100th birthday.

The performance was well conducted by Giandrea Gavazzeni (generally considered superior to the conductor of Callas’s studio recording of the opera). The sound quality is certainly not up to modern standards, but is better than many of Callas’s other live performances.

For fans of “La Divina,” this set is indispensable.