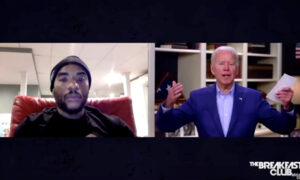 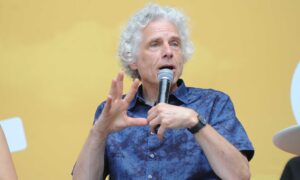 The Lockdown, Evangelicals, and the Afterlife: A Response to Steven Pinker
0 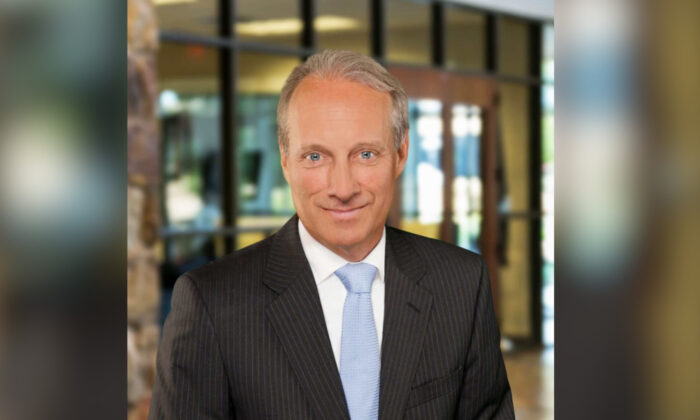 Cause for Optimism: Religious Freedom in America

As the nation becomes a little less religious year after year, religious freedom has also increasingly come under attack, though sometimes quietly in the background. But the recent pandemic and state shutdowns have shone a spotlight on why it matters.

People started to see their liberties taken away, and wondered whether a shop owner had any right to protest an order that her business close, or why a parent could be handcuffed for taking his child to a park.

Things came to a head early April when a drive-in church service organized for Easter Sunday in Louisville, Kentucky, resulted in criminal action against attendees—even though participants adhered to CDC guidelines, with cars parked six feet apart and congregants staying inside their vehicles.

“We call this lawsuit the shot heard around the world,” said Kelly Shackelford, president and CEO of First Liberty Institute. It’s the nation’s top firm for defending religious freedom, and Shackelford’s focus for the past 30 years.

“Everybody was watching this. Everybody was wondering how we lost our constitutional system,” Shackelford said. “And then we get this really powerful opinion saying this is wrong. This is a violation. Our Constitution is in play, and this is a massive violation of the Constitution.”

“It was a clear grand slam victory,” he said. “And that was, I think, the first reminder to everybody, and comfort to everybody, that we hadn’t lost our freedom in the midst of a very difficult time.”

Shackelford started hearing from people who said they hadn’t realized what religious freedom meant until this case.

“All of a sudden, it dawned on them,” Shackelford said. They had become increasingly worried about the fate of their freedoms during the shutdown, and after seeing this lawsuit sent Shackelford messages of thanks.

What houses of worship are now facing has in a way reminded Americans why religious freedom is our first freedom, and central to all our other freedoms. If you don’t have the freedom to live in accordance to your beliefs, everything else is up for debate too.

People who have left authoritarian countries certainly know this: Shackelford often meets people from Eastern European nations who will hand him a check and tell him that even though they are not religious themselves, they know how important religious freedom is. They saw religious symbols disappearing in their home countries, and the loss of every other freedom soon thereafter. And they want to join the fight to preserve this liberty in America.

Despite these disappearing symbols around the nation, Shackelford has cause for optimism. After a landmark Supreme Court decision last summer, Shackelford believes we’re seeing the beginning of a sea change.

“I really believe, assuming we do our job right here in the next 5 or 10 years, I really believe every American is about to have more religious freedom than they’ve ever had in their lifetimes,” Shackelford said.

Gifted in logic and rhetoric, while in high school Shackelford was deciding between becoming a pastor or a lawyer, and asked his youth minister for some advice. He told Shackelford that there were a lot of good Christian pastors, but maybe they needed more good Christian lawyers. Shackelford took stock of himself and decided that he would probably “do better at dispensing justice rather than mercy” and eventually applied to law school.

He found a lot of encouragement that he was on the right path. Shackelford says that he was really just an average student of average intelligence, and still rather than spending extra hours studying, he spent what time he had at church helping with ministry, because that’s where he felt his heart was. Despite that, he had the highest raw GPA in his graduating class, and being in the top 5 percent he was able to clerk for a federal judge for a year, inviting plenty of job opportunities.

“I felt like I was being shown: keep your heart for ministry, but use law,” Shackelford said.

In law school, Shackelford developed a passion for religious freedom cases and wanted to use his legal skills to help pastors, churches, ministries, to uphold the nation’s founding principles, and maybe go to seminary school part time. He had little interest in the job offers from big law firms after his judicial clerkship.

“Two weeks later, two partners in major law firms that I’d never met called me out of the blue and asked me to lunch. They said, ‘Look, we’ve been donating our time to religious freedom and we’re now getting so many calls it’s hurting our ability to make a living. We were wondering, would you be willing to come on and do legal cases, help churches, pastors, religious freedoms, our founding principles? And you could even go to seminary part time,'” Shackelford recalled.

The two lawyers paid Shackelford’s clerk-level salary out of pocket, and at the beginning, it was just him and one other person. Now First Liberty Institute has grown to 50 employees, a team of summer interns, a competitive fellowship program, and a network of top lawyers in every state across the country who are more than enthusiastic to donate their time to First Liberty Institute because of the opportunity to defend our founding principles. In the past two decades, the nonprofit firm has won more than 90 percent of its cases, and the number of cases has increased considerably, unfortunately, because of the increased hostility toward religion.

“Seven years ago I think we had 40 cases. Last year we had over 300, and that’s turning away cases,” Shackelford said.

The nature of the cases has changed as well. It used to be that the government would pass a law, and someone would bring a case forward because it interfered with their religious freedom in some way. The cases in the last few years are ones Shackelford wouldn’t have believed could be real two decades ago. Now people face authorities who tell them they can’t practice their religion (like a resident who faced eviction for hosting a Bible study in his apartment), or require them to do things that violate their religions (like a baker compelled to decorate a cake with a message that went against her beliefs). And perhaps in our increasingly secular culture, nonreligious bystanders don’t always grasp the gravity of this.

“Our founders understood this when they called it our first freedom, because they understood that the one thing that a totalitarian regime will never allow are citizens who hold allegiance to one higher than the government. So whenever that type of oppression starts to come into place, one of the first battles will always be religious freedom. They’ll be these people that won’t bow their need to the government because they actually have a god bigger than the government. And when you lose there, you’ll lose everything, and they understood that,” Shackelford said.

So in addition to winning cases—and the right ones, to set significant precedents—First Liberty Institute puts a great focus on education and sharing compelling stories of major cases.

“If we win these cases and win for people’s freedom, and they don’t know they have them, what really have we won?” Shackelford said. “So it’s very important that people be empowered to know the freedoms that they do have.”

A milestone decision happened in 2019 when Supreme Court judges ruled the Bladensburg Peace Cross could stay as is on government-owned land (American Legion v. American Humanist Association). It’s a 40-foot-high World War I memorial on a patch of grass nestled in the middle of a busy three-way intersection in Maryland, and to tear it down would have in fact been hostile to religion, though everyone around the country has seen similar events with the disappearance of Nativity scenes and menorahs.

About a month later, the town of Tega Cay, South Carolina, put up a monument to honor fallen police officers, and the city hall received complaints because the text was a police officer’s prayer. In response, the city scrubbed instances of the word “Lord” off of the monument. That upset even more people.

“Well the city council at that point didn’t know what to do, so they just pulled the whole monument down,” Shackelford said. Someone alerted First Liberty Institute about this, and they sent the city council a letter about the Bladensburg Peace Cross decision.

“What the decision says is, we don’t tear things down in public because they have a religious symbol,” Shackelford said. “They hadn’t seen [the Bladensburg decision]. So what they did in this little South Carolina city is they put the monument back up with the full prayer with no deletions, no scrubbing of any of the words. And that’s an example of the law was there, they just didn’t know.”

If the Bladensburg case sounds simple, it really isn’t; it was a departure from about 50 years of precedent in terms of hostility toward religion in public.

“What we’re watching change that has been very significant is the judges,” Shackelford said. The current administration has been careful to vet judges who adhere to “originalism,” he explained, which means the judges look to the original meaning of the Constitution or the statute in question. “Some people would assume that’s what they always do, but it hasn’t been.”

“What we’re seeing happen is we’re going back to the founding principles in the Constitution,” he said. “So the opinions are starting to change in that direction, and the result is we are starting to have real success in the religious freedom arena, the likes of which I haven’t seen in 30 years. I feel like we’re right at the beginning of some incredible changes, really positive changes on religious freedom.”