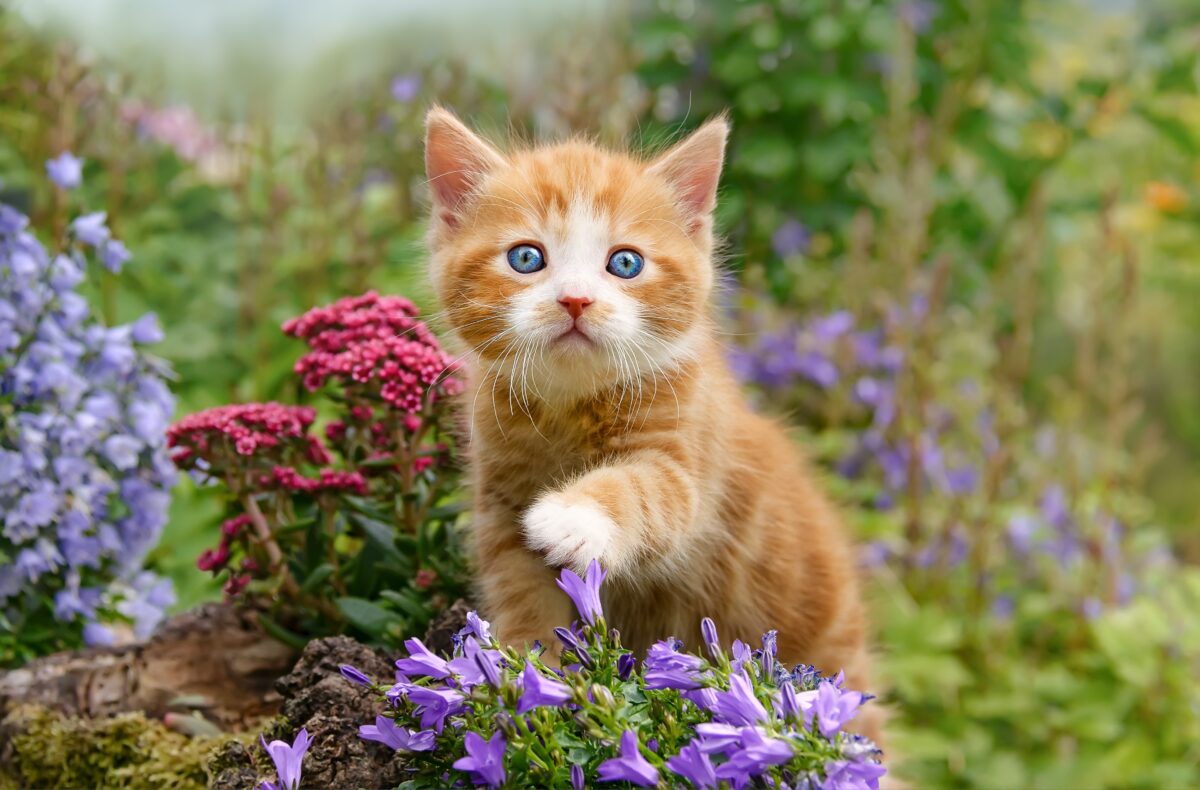 Cats Are Resistant to Tetanus

Q: When my cat was injured outdoors, his veterinarian boosted his rabies vaccination in case a rabid animal had inflicted the wound, but did not administer a tetanus shot. When I cut myself in the yard, my doctor gave me a tetanus shot. Should I request the same for my cat?

A: That’s not necessary, because cats rarely get tetanus.

Tetanus develops when bacteria called Clostridium tetani, which survive for years in soil and dust, invade an open wound.

These bacteria then produce a nerve toxin called tetanospasmin that travels through the nerves to the spinal cord and brain. Within five to 10 days, the toxin causes muscle stiffness, rigidity, spasms, and tremors. If death occurs, it is usually due to respiratory failure.

Lockjaw, a common term for tetanus, describes rigidity of the jaw muscles, which precludes eating and sometimes even breathing.

Fortunately, cats—and, to a lesser degree, dogs—are remarkably resistant to tetanus, especially compared with humans and horses, because the tetanus toxin doesn’t easily bind to feline and canine nerves.

In the rare event a cat does become infected, treatment would include antibiotics and tetanus antitoxin.

People are vaccinated as children and again every 10 years to prevent tetanus, which otherwise can be fatal.

Most physicians who treat people bitten by cats or dogs recommend a tetanus booster not because pets give tetanus to people, but because the tetanus spores, so plentiful in the environment, can invade any wound.

Q: My dog Rosie often looks guilty when I arrive home from work. She lowers her head, drops her ears, looks away, and tucks her tail. When she had that look in the past, I’d find she’d broken into the trash or chewed a pillow, so I’d punish her.

Now, although she still looks guilty, I find nothing amiss. Could she have urinated on the carpet? If so, how do I find the urine spots?

A: I doubt Rosie urinated in your home while you were away, but continue reading and I’ll explain how to find an invisible, even dry, urine spot.

First, though, let’s talk about her body language. You may be misreading it, thinking she looks guilty when she’s actually acting submissive.

Rosie has learned that when you come home, you scold her. She’s probably behaving submissively to prevent the punishment.

In reality, punishment delivered after the fact doesn’t teach Rosie what not to do. It only teaches her to fear you.

Punishment must be delivered within the first one to two seconds of the start of the misbehavior, and it must be applied every time Rosie misbehaves. You can’t do this when you’re away from home.

Even when done properly, punishment isn’t an effective training tool. Teaching Rosie proper behavior from the start is the best method.

When she does something wrong, immediately distract her and encourage her to do the right thing. For example, if she starts chewing a pillow, throw her favorite chew toy to distract her from the pillow and encourage her to fetch and chew her toy instead. If she’s about to urinate in the house, immediately take her outdoors to her “potty spot” and tell her to “go potty.” When she does, praise her.

If she piddles indoors while you’re away, don’t punish her when you arrive home.

To find those urine spots, purchase an inexpensive black light at a store that sells fluorescent posters. Darken your home and shine the black light on the carpet. Urine puddles, even when dry, glow fluoresce yellow-green. Clean them with an enzymatic cleaner such as Nature’s Miracle or Simple Solution.