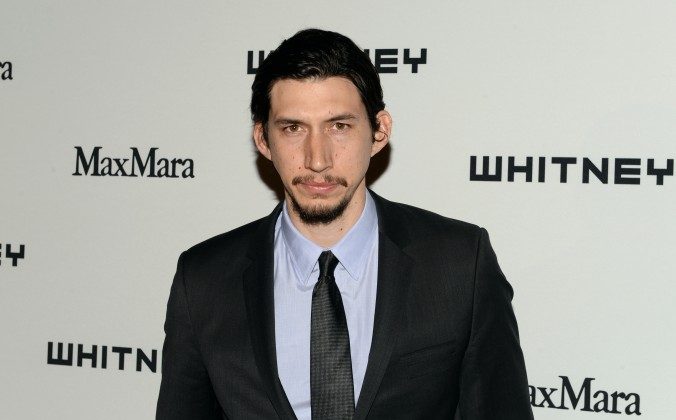 Could the villain in Star Wars Episode VII, reportedly to be played by Adam Driver, be Darth Caedus? (Andrew H. Walker/Getty Images for Whitney Museum of American Art)
Social Media

A picture posted by Twitter user Marci Robin (@MarciRobin) showed a cat with an eerie resemblance to “Star Wars: The Force Awakens” star Adam Driver, who played the evil Kylo Ren. The tweet has since gone viral.

The cat, pictured resting on a shelf, was found at the Monmouth County Adoption Center in Eatontown, New Jersey.

Tell me this cat at @TheMCSPCA doesn’t look like Adam Driver. pic.twitter.com/OmtGnOWxyG

The kitty named Corey has since been adopted by Emily McCombs, an editor at Elite Daily.

“When the tweet first went up, I had gazed into the eyes of this cat and felt two things deep in my soul 1) that I loved him and 2) that he was meant to be with me. Not only was his face amazingly unique and funny, but he was described as being snuggly and ‘great with kids,’ and I have a four-year-old son,” wrote McCombs, on her own blog.

Corey aka #kyloren has been adopted! Thanks for all of the shares! #adamdriver#kylorencat@MarciRobinpic.twitter.com/aSPvQGcW0i

Soon after adopting the cat, McCombs was contacted by friends and acquaintances for her contact information, asking how much she could make from the “Viral Internet Cat.” McCombs wrote she did not adopt him for money, but because she loves him.

Home for 20 minutes and Kylo decides that laps are his thing. It would be a few hours before he discovered the coveted “double lap lounge” maneuver.

The cat’s name no longer is his name Cory, which is believed to be have given to him by the adoption center. McCombs and her boyfriend tossed around names such as Catam Driver, Cat Adam Driver from Star Wars, and à la Katlo Ren. But in the end, they have decided to go with Kylo Ren.

“In the end, Kylo Ren just felt right. And so that is his name. He seems to like it,” wrote McCombs.