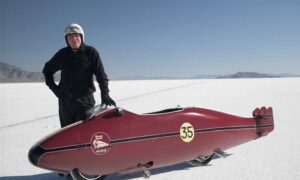 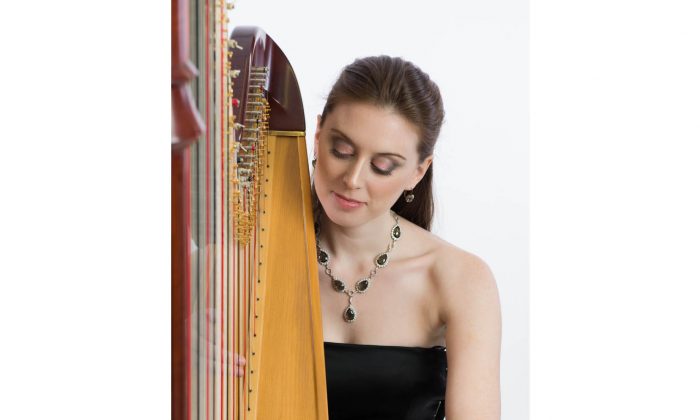 Gifted harpist Caroline Cole is the recipient of the 2014 Virginia Parker Prize, the Canada Council for the Arts has announced.

Cole is the first harpist ever to win the prize, which is awarded annually to a Canadian classical musician, instrumentalist, or conductor under the age of 32 “who demonstrates outstanding talent and musicianship,” the website says.

“I feel it’s a wonderful honour,” says Cole, who in 2011 was also the first harpist to win the Sylva Gelber Music Foundation award.

She’s glad that the harp is becoming recognized for its versatility.

Cole, from Peterborough, Ont., and now living in New York City, studied piano when she was just 3 years old. She switched to the harp at age 10, and was playing with the Peterborough Symphony by age 12.

By the time she was 17 she was studying under renowned harpist Judy Loman at Toronto University. She later graduated from the Master’s of Music program at The Juilliard School in New York.

Cole credits Loman for guiding her into the consummate musician she is today. “Judy Loman has been such a supportive influence throughout the entire time I’ve been studying. We really are quite close and I still think of her as my mentor—absolutely.”

Although the music of the French 20th century composers is what Cole loves to perform, she is also dedicated to working with and promoting living composers and has already commissioned some new pieces.

“I think it’s wonderful to have the mix of the different styles to play,” she says. “Both can be a different experience while I’m playing and performing them.”

Working in the Community

In addition to performing, Cole is a member of Astral Artists, a group that goes to classrooms and communities to showcase how relevant and meaningful classical music is in today’s world. The events are interactive as the artists play music and explain why they are passionate about their instrument and classical music. The audience can ask questions and even try playing the instruments.

She also did a concert for an organization called Music for Autism, started by physician Robert Accordino. Classical music is played for those with autism and their families in a setting that allows listeners to get up or verbalize if the mood strikes, something that would not be possible in a regular concert venue.

Cole says she has found the experience of working in the community to be very rewarding and hopes to continue to do more. “I think music comforts all of us. I hope to work with them [outreach groups] further.”

Cole has received many other awards including the Robert Wayne Barlow Prize in Harp from The Juilliard School; second prize in 2007 and 2010 at the L’Orchestre Symphonique de Montréal Standard Life Competition; and best performance of a contemporary work at the 2010 competition.

As of now, her next Canadian date is performing Mozart’s Flute and Harp Concerto in Cobourg, Ont., on Dec. 13 at the Northumberland Symphony’s “Christmas in Northumberland” concert.

The Virginia Parker Prize will be officially awarded in a ceremony this fall. It comes with $25,000 that Cole says she has plans for.

“There are some commissioning projects that I’m interested in doing and I’m looking forward to speaking with some composers and some other artists in cooperation,” she says.

“There’s also recording. I would very much like to probably put out a recording in the next year. It would be wonderful. I’m very grateful to them [Canada Council] to have this resource at my disposal for the creative projects that I’m fully excited about.”