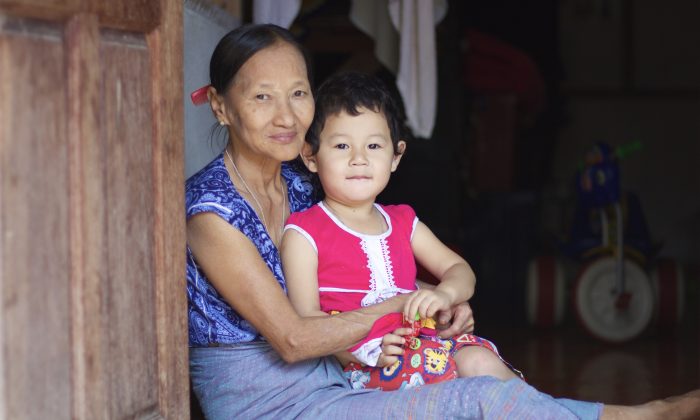 Capturing the Face of Malaria in Asia

Malaria victims in Asia are usually poor, isolated and voiceless. It’s as if these people don’t truly exist.

However, the situation there is steadily improving, with the help of Singaporean photographer Pearl Gan.

As part of her effort to raise awareness and educate people about the dangers of malaria, Pearl has teamed up with professor J. Kevin Baird of the Eijkman Oxford Clinical Research Unit (EOCRU) in Jakarta, Indonesia, to hold a photo exhibition entitled “Asia Malaria Images”.

The exhibition, which includes exclusive photographs by Pearl, will run from 2–29 September 2017 at the National Library Board, Singapore.

First proposed in September 2015, the exhibition is supported by partners such as the Oxford University Clinical Research Unit, The Wellcome Trust and the Asia Pacific Leaders Malaria Alliance.

Through the exhibition, Baird and Pearl hope to put a human face on the disease, so that a deeper connection and impact can be felt within the community. Their goal is to eventually stamp out malaria in the region.

To me, photo-taking is not just about that snapshot, but a way to communicate with the locals and the viewer.
— Pearl Gan, Singaporean photographer

The set of almost 50 images in the exhibition is a culmination of photos taken during three trips – to Mae Sot, Thailand; Alor Island, Indonesia; and Pailin, Cambodia. They include many portraits – Pearl’s preference in her efforts to photo-document her journeys.

“It’s all about communication. I love talking to people,” she said. “And to me, photo-taking is not just about that snapshot, but a way to communicate with the locals and the viewer.”

With the help of local translators and renowned malaria researchers such as professor François H. Nosten of the Shoklo Malaria Research Unit (SMRU), Pearl has compiled visual vignettes that speak clearly of the habitat and victims of malaria.

Recalling one of her more memorable encounters, during an un-planned hospital stop, Pearl said: “When I went into the [hospital] room, straightaway a face captured my attention. It turned out to be the 10-year-old girl that was mentioned as having malaria.”

“Sometimes you find faces that capture your attention, and that photo is so important to me.”

As one peruses her many photos, the contrast of vulnerability against a vibrant environment is telling of how much potential is being drained from these victims, as they struggle against their disease.

Pearl clearly recognises how her subjects have contributed to her story and her cause.

So, in December 2016, she travelled back to Mae Sot to both celebrate SMRU’s 30th anniversary and to hold a small exhibition, gifting her subjects with the pictures that she had taken of them. This included a portrait of a mother and child that has been featured on the cover of the 2015 annual report for Medicines for Malaria Ventures.

The visceral image of the mother clad in vibrant orange, her head wrapped in a bright pink headscarf, and holding her newborn, showcases both the frailty and strength of hope.

On a personal note, Pearl’s photo project has piqued her interest in malaria – to the point of enrolling in microscopy courses to further her understanding of the illness.

Pearl’s dedication to increasing awareness of malaria in the region is clear.
Summarising, she said, “I hope that you will feel what you see [in the photo exhibition]. The joy and suffering. The people in the region.”

She also hopes that those with financial means will “help the community around them”.

For more information about the exhibition visit www.asiamalariaimages.com

Morgan Awyong is a freelance writer based in Singapore. More of his work can be read at www.morganawyong.com

Is Malaria Still a Problem in Asia?

That’s the question that often comes up whenever professor J. Kevin Baird talks to people about his research on malaria in the Asia region.

Malaria is often thought of as an “African problem”; however, it is rearing its head on every continent except Antarctica.

It is transmitted by the female Anopheles mosquito and thrives in tropical regions such as Southeast Asia, where poverty has hampered eradication.

Yet, it is not impossible for a developing country to rid itself of this health scourge. Take Sri Lanka for example. In 2008, it was reported that more than 10,000 people a year had contracted the disease.

However, after determinedly battling this illness, the country was declared “malaria-free” by the World Health Organisation in 2016.

“Over 2 billion Asians live at risk of endemic malaria, many tens of millions are infected each year and tens of thousands of those do not survive,” said Baird.

“We cannot be sure of those numbers because the people who live with malaria in the Asia–Pacific are invisible – the most isolated, poor and voiceless,” said the professor, who holds a BSc in microbiology, MSc in biochemistry and PhD in medical zoology.

Baird has served for 22 years on active duty in the US Navy Medical Service Corps as a malaria specialist, principally in the Asia–Pacific region. In 2007, he moved on to serve as the head of the Eijkman Oxford Clinical Research Unit (EOCRU).

He also observed that most people infected with malaria are living in abject poverty. “If poverty is beaten, malaria will vanish,” he stressed.

Baird hopes that through Pearl Gan’s arresting images, the viewer will feel connected to those forgotten victims of malaria, one of the world’s deadliest diseases.

“This exhibition is about them. Pearl Gan’s artistry introduces us to these invisible people, giving them flesh, blood, feelings and lives,” said Baird.

He emphasised, “Simply seeing these otherwise invisible people will help enormously in awakening those feelings of kinship and a desire to help.”

The Epoch Times spoke with Baird about the severity of malaria in the region, the challenges ahead in fighting this deadly disease, as well as how to best tackle the malaria problem in Asia.

Epoch Times: What is the past and future of malaria in Asia?

Prof. Baird: Malaria has always been a serious problem in the region, going all the way back to the arrival of humans, tens of thousands of years ago.

Most scientists believe malaria was carried out of Africa by those migrants. Over the millennia we have lived with malaria, and very often died from it.

Lifesaving quinine came along only a few hundred years ago, and knowledge of malaria being transmitted by mosquitoes dates [back] only to 1898. It was only then that people began trying to prevent malaria by attacking the mosquito carriers of it.

In Asia, great progress was made using those methods, in the decades that followed.

After World War II, the insecticide DDT became widely used for a global malaria eradication campaign. Malaria in that era indeed retreated dramatically all across Asia, but it was not eradicated.

We stopped using DDT around 1970 and gave up on attacking the mosquito to control malaria. Instead, we turned to new synthetic drugs, most of them invented during World War II.

But, by the 1980s and 1990s malaria cases began surging almost everywhere in the Asia– Pacific – we lost the drugs [effectiveness] to parasite resistance.

With no effective drugs, or the ability to attack mosquitoes, malaria returned with a vengeance.

Starting in about 2005, we fought back with a new class of anti-malarial drugs called the artemisinin combined therapies (ACTs).

In 2015, Youyou Tu from China was awarded the Nobel Prize for Physiology or Medicine for her original discovery of artemisinin in the 1970s.

Real progress has been made against the resurgence since 2005, but malaria remains endemic across most of the region. So far, only Sri Lanka has managed to interrupt endemic transmission [about 3 years ago].

Epoch Times: What are the major challenges in fighting this deadly disease?

Prof. Baird: The aspiration for eliminating malaria from the region faces some very tough obstacles.

First, we have great difficulty treating a very stubborn type of malaria caused by Plasmodium vivax. That species places a dormant form in the liver that is not affected by ACTs.

We need a separate drug to prevent that dormant parasite from awakening and causing multiple new clinical attacks in the year or so that follows the mosquito bite.

The only drug we have for that is called primaquine and it causes a very serious toxicity problem in patients having an inborn abnormality called glucose-6-phosphate dehydrogenase (G6PD) deficiency.

Unfortunately for us, G6PD deficiency is not only quite common in the Asia–Pacific [about 8 per cent prevalence], but some of the most severe and dangerous types of it are most common. A G6PD deficient patient given a full dose of primaquine is not likely to survive the treatment.

Likewise, if we withhold treatment, the patient will suffer multiple attacks of malaria, each one potentially leading to serious and life-threatening complications.

This therapeutic dilemma must be addressed by rolling out simple and affordable diagnostics for G6PD deficiency all across the Asia–Pacific.

Second, resistance to ACTs has emerged in the Greater Mekong Sub-Region. It seems to be spreading towards India and could also spread to Indonesia. This is a very serious threat and problem because we do not have another class of drugs to combat the resistant parasite strains.

Third, the mosquitoes that transmit malaria in Asia are much more diverse compared to those in Africa.

This is important because one of the tools against malaria, insecticide-treated longer lasting bed nets (LLINs), had proven impacts in Africa.

Unlike the mosquitoes in Africa, our Asian mosquitoes do not always transmit malaria by feeding on sleeping people. They can do so early in the evening and outdoors, where LLINs would offer no protection.

We need more aggressive strategies against those mosquitoes, like actively altering the environment to make it less hospitable to the carriers of malaria. That is what we did before DDT, and we need to learn how to do it again.

We can eliminate malaria, but we should not underestimate the challenges. We need to recognise and deal with these obstacles in a technological sense, and we need greater awareness of the problem in Asia.

Epoch Times: What are the cultural attitudes toward malaria in Asia?

Prof. Baird: When I tell many lay Asians that I work on malaria in the region, they seem surprised. “Is it still a problem?” is a common question.

Because malaria thrives where people live in isolated and relatively impoverished rural settings, it most impacts the least visible people among us.

We do not often see or think of them, so their malaria problem somehow seems non-existent from our urban and well-to-do perspectives.

Asians do not attach much social stigma to malaria. Most understand it is a threat from the environment, rather than any sort of unhealthy behaviour.

But there is no doubt that an area having malaria will be shunned or avoided as such, and this deepens the isolation and poverty of those living with it.

Epoch Times: Can we do anything to help, or is this largely a problem for governments and aid organisations?

Prof. Baird: I think people can help a great deal by being aware of malaria and seeking out information about it in their home nations. Look into what the government and their partner NGOs are doing about malaria. What is being done? Is it enough? Could more be done? How can I help?

These are all reasonable questions for the responsible authorities. This goes for the poverty problem as much as malaria itself. [Also] support responsible development of those economies, including tourism.

Many malaria-infected areas happen to be physically beautiful, with pristine forests and beaches. Safe travel to those places reduces the isolation and poverty [in that region].