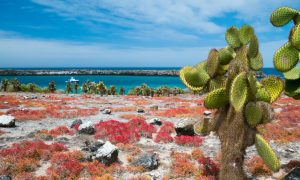 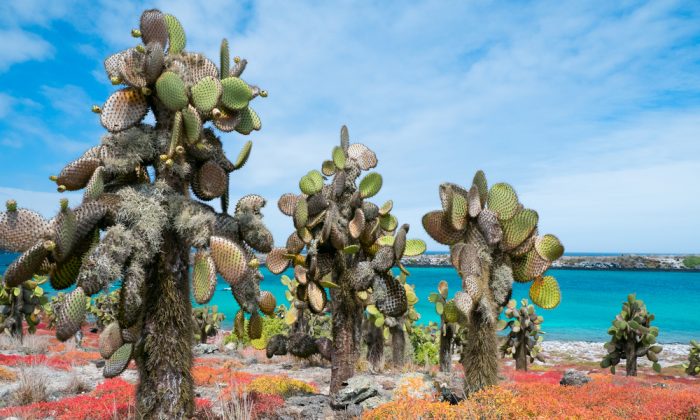 A small, volcanic spattering of lush islands located off the west coast of Africa, Cape Verde enjoys a warm, dry climate, little rainfall and over the past few years, has sharpened its focus on tourism. Cape Verde is actually very easily accessible via plane, so if you’re studying abroad in Europe, it makes a great long weekend trip or spring break destination!

Cape Verde holidays are most famed for the natural beauty of the land and seascapes, and for the cultural legacy of morna, a haunting creole genre of music made famous by singer Cesária Évora. Discovered and settled by the Portuguese in the 15th century, and gaining independence only in 1975, the country now has a population of over half a million, and welcomes around the same number of visitors to its shores each year.

A mixed melting pot of influences will always produce a colorful culinary destination, and Cape Verde is no exception. Its abundance of delicious dishes uses freshly caught seafood including lobster, tuna and squid, while cachupa is the national dish, assembled from rice, meats and beans, and enjoyed in times of celebration. Grogue is the main alcoholic beverage. This heady brew gets its name from the rum concoction enjoyed by pirates used to keep scurvy at bay, and is distilled from sugar cane.

Getting to the Galapagos Islands

Nature lovers will adore getting up close with the Loggerhead sea turtles.  Preservation efforts are being made on the island of Santa Maria, and visitors can visit a turtle hatchery between June and December. It’s even possible in summer months to head out on a guided walk to the beach where the turtles lay their eggs, and to adopt a baby turtle so the good work can continue long after you’ve set off on your journey home.

You can also learn a new skill on Santa Maria, an island famed for its perfect conditions for kite surfing. The English-speaking instructors give one-to-one tuition, and it’s possible to be picked up from your hotel to learn what could swiftly become an obsession. If you prefer your expeditions from the comfort of a boat, it’s also possible to zip out over the waves around the island of Sal, to spot flying fish, dolphins and whales.

Whether you’re hoping for an active adventure, to learn about animal conservation and sealife, or to enjoy some grogue while tapping toes to the thrum of some traditional folk music, Cape Verde enjoys a unique global position, culture and atmosphere that are well worth further exploration.

*Image of landscape of Galapagos South Plaza island via Shutterstock