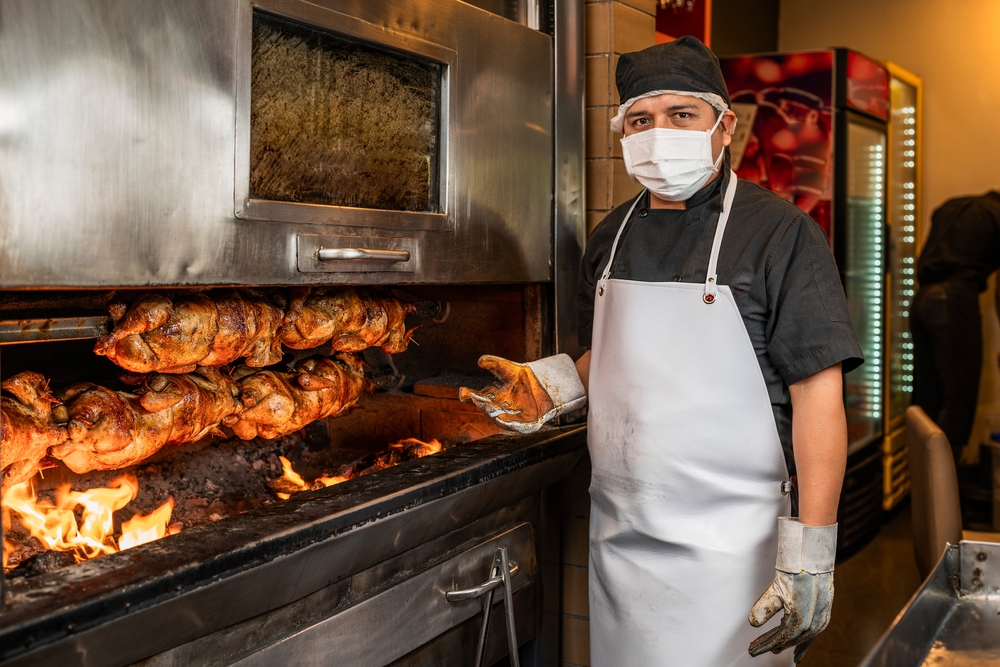 NDMA is a carcinogen usually associated with cooked meats, but its found its way into some of the most prescribed medications on earth. (Shutterstock)
Cancer

NDMA and cancer: Billion-dollar drugs have been pulled from the market for less carcinogenic contamination than is found in a single serving of grilled chicken.
BY NUTRITIONFACTS.ORG TIMEMarch 9, 2022 PRINT

In 2018, one of the bestselling blood pressure drugs, valsartan—sold as Diovan—was found to be contaminated by the “probably carcinogenic” nitrosamine known as N-nitrosodimethylamine (NDMA). It’s believed that approximately 20 million people worldwide were prescribed the drug tainted with this contaminant whose cancer risk has been shown to exceed that of many known potent carcinogens, including asbestos, benzo[a]pyrene, and PCBs.

The U.S. Food and Drug Administration (FDA) estimated that taking the drug for a few years could cause cancer in as many as 1 in 8,000 people, whereas the European equivalent of the FDA estimated the cancer risk could be as high as 1 in 5,000. It is unlikely, researchers wrote in this Spring 2019 paper, that drugs like valsartan are a unique case. And indeed, a few months later, the FDA announced it had found NDMA in ranitidine.

Ranitidine, the acid reflux drug sold as Zantac, is one of the most prescribed drugs on the planet, in addition to being sold over the counter. Give people a single tablet and the amount of NDMA flowing through their bodies jumps up more than a hundred-fold.

Then in 2020, some formulations of metformin, a popular diabetes drug, were found to be contaminated. The finding of NDMA in common medicines led the FDA to call for the immediate withdrawal of all Zantac from store shelves, yanking the drug from the market because their testing showed NDMA levels could in some circumstances exceed the acceptable daily intake limit of 96 nanograms per day. It was so bad that the FDA found levels of this carcinogenic contaminant NDMA in Zantac similar to the levels you would expect to be exposed to if you ate grilled or smoked meats!

A single serving of chicken contains more than 100 nanograms of NDMA. Remember how the FDA said the acceptable daily intake limit is 96 nanograms per day? Half of a chicken breast contains 110.

Now, raw poultry doesn’t have any; it’s the cooking process. In fact, the dry-heat cooking of meat, like broiling or grilling, even creates airborne NDMA, releasing this very potent carcinogenic compound into the air. So, even if you’re only getting a salad or something in a charcoal grill restaurant, just being indoors where meat is being cooked could pose a significant cancer risk.

These nitrosamines are also found in cigarette smoke, and pressure was put on the tobacco industry to try to remove them, arguing that there is simply no logical reason why a removable carcinogen should be allowed to remain in a consumer product. That’s the same reason Zantac was yanked from store shelves.

Okay, so let me get this straight.

One of the best-selling drugs in history was pulled from the market—a drug that brought in billions of dollars—because it contained a probable carcinogen that exceeded the acceptable daily limit, but there may be more of the contaminant in a single serving of chicken! So, my question is: why aren’t they pulling the poultry off the shelves as well?

This story was originally published in the Nutrition Facts Blog.