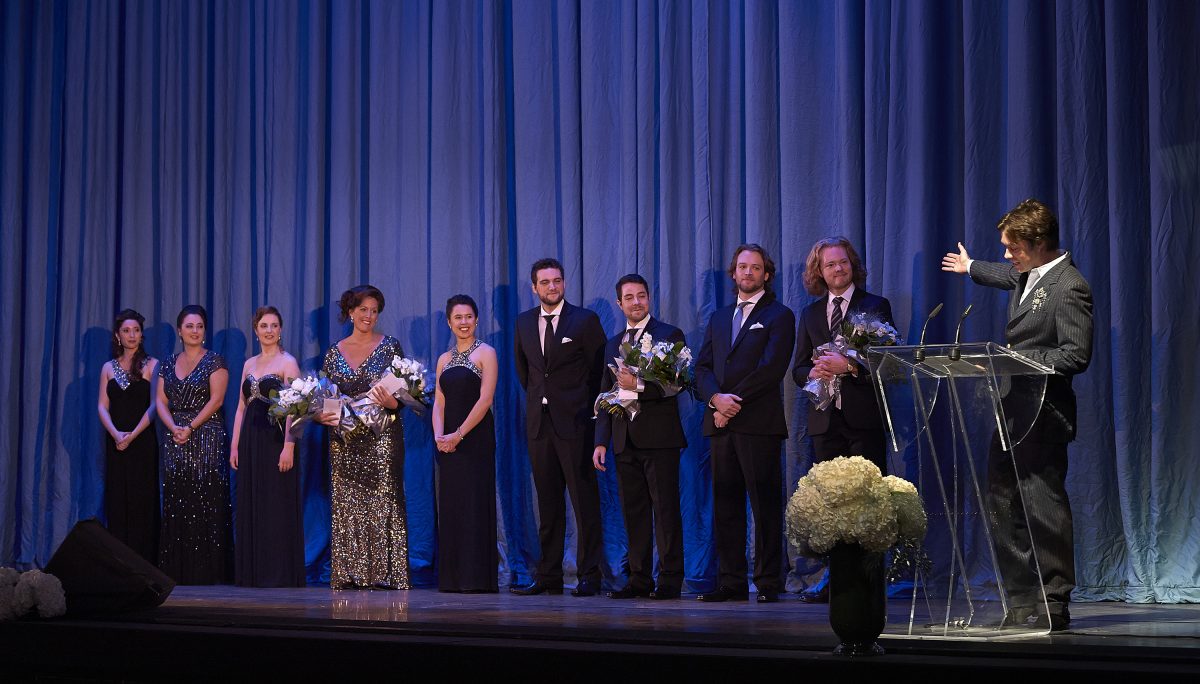 TORONTO—Seven young Canadians aspiring to an operatic career have a chance to showcase their vocal skills and artistry through the Canadian Opera Company (COC)’s Ensemble Studio Competition this Tuesday, Nov. 25, at the Four Seasons Centre for the Arts.

Over 175 people applied for a chance to be part of the COC’s Ensemble Studio, the country’s premier training program for young opera professionals, which selects its artists through the competition.

The auditions, held in Toronto, Montreal, and Vancouver as well as in New York, were open to Canadians and permanent residents.

Through the annual competition, the COC aims to find Canada’s future opera stars.

“The young artists we invite to participate in Centre Stage are some of the best and most promising operatic voices from across the country,” said COC general director Alexander Neef in a press release.

Neef opened the final round of the competition to the public in 2011, making it part of a fundraising gala for the COC’s Ensemble Studio.

“We see exceptional talent over the course of our annual auditions for the Ensemble Studio and wanted to find a way to share these young artists with a wider audience, which is why we created a public competition component to the process a few years ago,” he said.

“Now Centre Stage is one of the most anticipated events in the COC season.”

The training program provides performance opportunities to the young singers, as well as coaching and professional development. Alongside roles on the COC stage, they also perform in schools, community centres, and other public venues.

The fundraising event opens at 5:30 p.m. with a cocktail reception, followed by the competition at 6:30 p.m., and later the formal gala dinner on the COC stage, which will be created by acclaimed Toronto chef David Lee.

Renowned Canadian tenor Ben Heppner will host the competition. Heppner himself is a graduate of the Ensemble Studio, which has trained several accomplished Canadian artists such as Isabel Bayrakdarian, David Pomeroy, and Wendy Nielsen.
Nielsen, as the Ensemble’s head vocal consultant, is part of the jury, which includes Neef; Roberto Mauro, the COC’s artistic administrator; Sandra Gavinchuck, the music administrator; and Liz Upchurch, the Ensemble Studio’s head.

For more information or for tickets, visit: http://coccentrestage.ca/