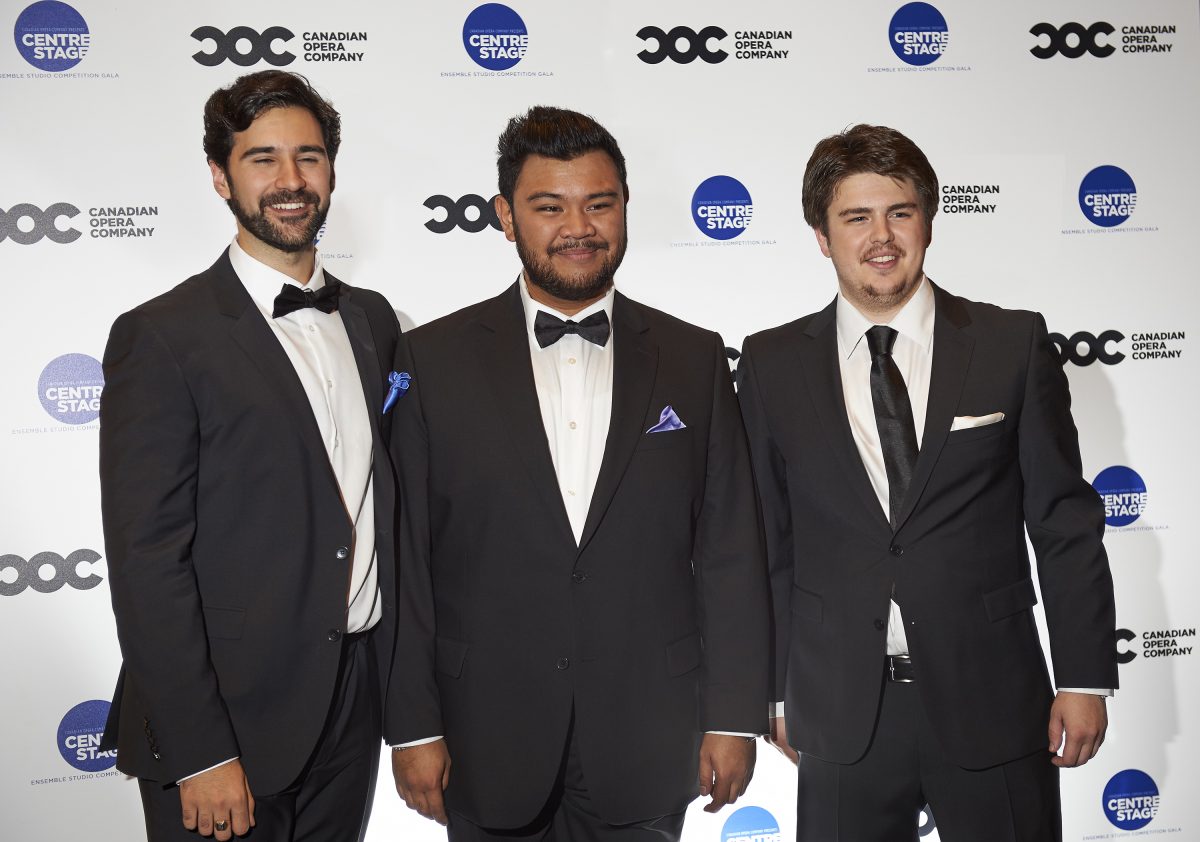 The singer, who is completing his master of music in opera performance at the University of Toronto, wowed the audience and the judges with his arias from Mozart’s “The Magic Flute,” and Donizetti’s “L’elisir d’amore.”

Baritone Dimitri Katotakis of Toronto and tenor Aaron Sheppard of St. John’s, N.L., snagged the second and the third prizes respectively for outstanding performances that demonstrated their vocal technique, range, and artistry.

All seven finalists had the chance to sing accompanied by the COC Orchestra conducted by Maestro Johannes Debus.

“Canada’s emerging opera singers deserve to be heard and celebrated, and it’s an honour to be able to showcase the promise that these talented young artists represent,” said COC general director Alexander Neef in a press release.

Renowned Canadian tenor Ben Heppner hosted the event, which included a special performance by accomplished Canadian soprano Adrianne Pieczonka, who sang for the audience while awaiting the jury’s deliberations.

In addition to cash prizes ranging from $1500-$5000, the finalists sang for the opportunity to join the COC’s Ensemble Studio, the country’s premier training program for young opera professionals, which selects its artists through the competition.

Over 175 people applied and 150 were auditioned for the chance to participate in the final round. Auditions were held in Toronto, Montreal, Vancouver, and New York, and were open to Canadians and permanent residents.

The Ensemble Studio provides performance opportunities to young singers as well as coaching and professional development. Alongside roles on the COC stage, the artists also perform in schools, community centres, and other public venues.

Established in 1980, the program has trained over 180 young opera professionals and includes the likes of Ben Heppner, Isabel Bayrakdarian, David Pomeroy, and Wendy Nielsen.

The competition event was followed by a formal dinner on the stage of the Four Seasons, where select guests enjoyed the creations of chef David Lee and performances by the current members of the Ensemble Studio.