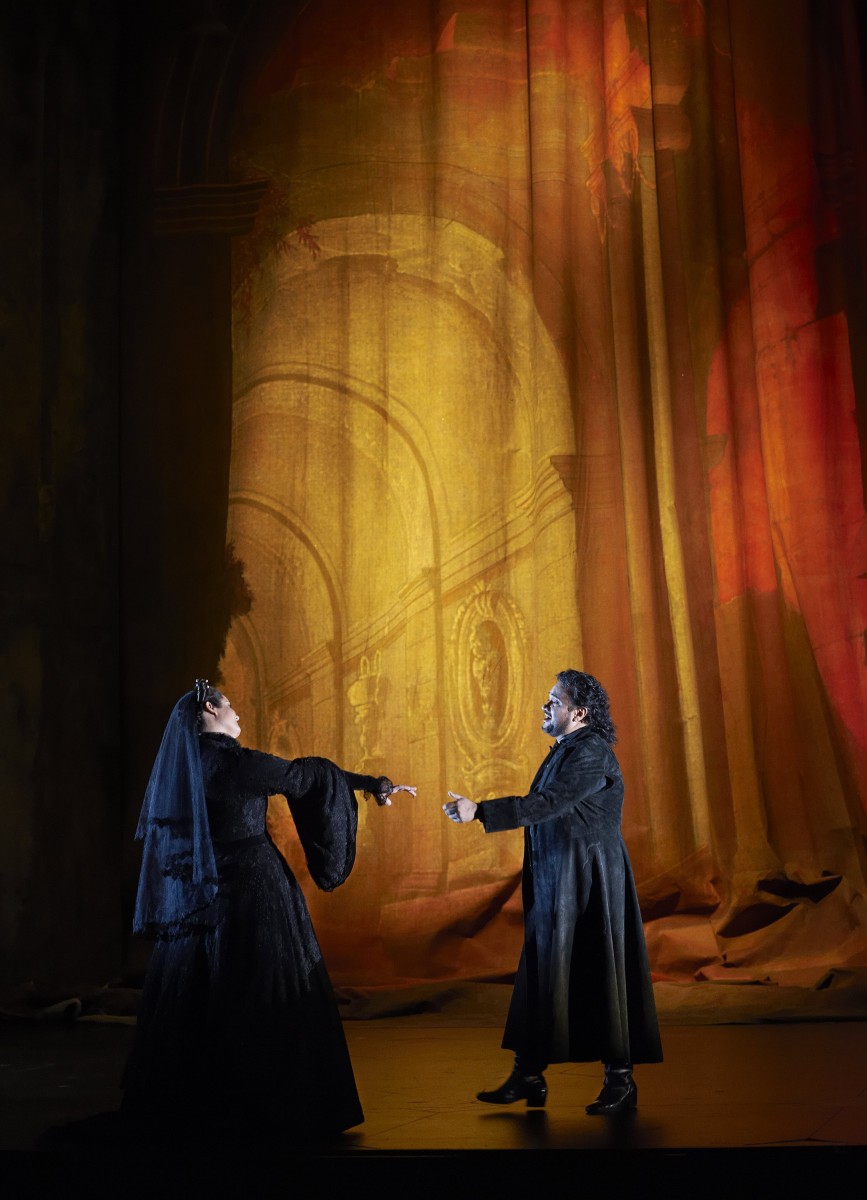 Canadian Opera Company Begins Season With Two of the Greats

The Canadian Opera Company (COC) opened its season in Toronto with two of the most beloved operatic works of our time—Verdi’s Il Trovatore (The Troubadour) and Strauss’s Die Fledermaus (The Bat).

However, while both were composed in the 19th century, the two operas couldn’t be more different in theme and musical style. Il Trovatore is a tragic tale of passion, anger and revenge—a grand-scale opera at its best with a fine musical score to accompany it.

Die Fledermaus is more light-hearted with Viennese party music and where champagne is king. It is an operetta, which is a much lighter genre than opera and features more spoken dialogue.

Along with Rigoletto (1851) and La Traviata (1853), Il Trovatore is one of Verdi’s most performed operas, both during his lifetime and afterwards. When the opera premiered at Rome’s Apollo Theatre in 1853 it was an instant success, leading to 229 worldwide performances in the next three years. It premiered in New York and London in 1855.

The story of Il Trovatore begins with two men—a nobleman (Conte di Luna) and a gypsy troubadour (Manrico)—both vying for the affections of the beautiful lady-in-waiting to Princess Leonora.

Manrico has won Leonora’s heart with his strength and gentle voice; Count Di Luna is jealous of his rival and challenges him to a duel. Unbeknownst to all, the two men are brothers who were separated by a tragic story.

The elder Count di Luna had two sons, the younger of whom became sickly after receiving a strange visit from a gypsy woman. Believing she had put a curse on his son, the Count burns the gypsy woman at the stake. Before dying, she asks her daughter Azucena to avenge her death, which the enraged daughter does by snatching the Count’s son and attempting to burn him to death.

However, she accidentally throws her own son into the pyre. Stricken by fear and grief, Azucena raises the young boy as her son, who then grows up to be the troubadour Manrico. However, although she loves the boy, the flame of revenge for the Count’s family still burns in her heart. It is this tragedy that lies at the centre of the plot.

In a pre-talk, the COC’s opera expert Jenny Lorentowicz described Il Trovatore as a high drama, an “upper-opera full of passion, an exploration of the darker areas of human emotions.”

The characters are compelling and although obviously flawed, they bring these emotions to life in a powerful way. Nonetheless, the melodies are so masterful that their beauty carries and uplifts, despite the dark nature of the plot.

The COC production is based on the 2003 version by director Charles Roubaud at the Marseille Opera. Although the original story is set in 15th century Spain, this version is set in 19th century Italy during the Risorgimento (the war for Italian unification).

However, the historical element is little more than a backdrop for the plot, and in a similar manner, the dark sets by Jean-Noël Lavesvre are also designed to bring out the power of the score and the tragic nature of the story.

Die Fledermaus was also an instant success when it premiered in Vienna in 1874. At that time, Johnann Strauss II, “The Waltz King,” was at the height of his creative power. Within the first six years, the operetta was performed in over 170 German-language theatres. Two years after its debut, it was translated and performed in London.

The story follows an upper middle-class couple, Gabriel Von Eisenstein and his wife Rosalinde. Von Einsenstein has been sentenced to serve eight days imprisonment for abusing a police officer, but is in no mood to go to jail.

On the night that he is to report to jail, his old friend Dr. Falke invites him to a ball hosted by Prince Orlofsky, a man known for his decadent parties. Von Eisenstein hesitates but finally accepts, looking forward to some enjoyment before heading to jail.

Unbeknownst to him, his maid Adele, his jailer, and his wife are also invited to the party—part of a plan orchestrated by Falke to avenge himself for a humiliating practical joke that Von Einsenstein played on him a few years earlier in which he left him drunk and dressed as a bat in the middle of a public square.

Bored with life, each character dreams of romantic escapades, and in the case of the maid Adele, a better social status.

Different productions of Die Fledermaus focus on different elements of the story. The COC has chosen to emphasize the darker side of the story through the staging, the set, and the costumes, which evokes the symbolism of various sentiments and desires, such as a giant bat, a huge clock that hangs over the stage, and flamboyant costumes.

Although these elements in many ways detract from the light-heartedness of the story, the strong cast and loyalty to the music rise to the challenge.

German Canadian tenor Michael Schade is both serious and mischievous in the role of Eisenstein; soprano Tamara Wilson shifts seamlessly from flirt to indignant wife as Rosalinde; and Ensemble Studio member Ambur Braid is spirited as the ambitious maid Adele (a role shared with Mireille Asselin)

Both Il Trovatore and Die Fledermaus shouldn’t be missed by anyone who loves opera. The music and the stellar cast stand out in both productions, masking any faults in the sets and staging. The COC’s new season is off to a good start!

Il Trovatore runs from Sept. 29 to Oct. 31 and Die Fledermaus runs from Oct. 4 to Nov. 3 at the Four Seasons Centre for the Arts, Toronto.