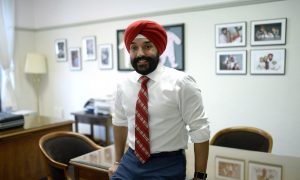 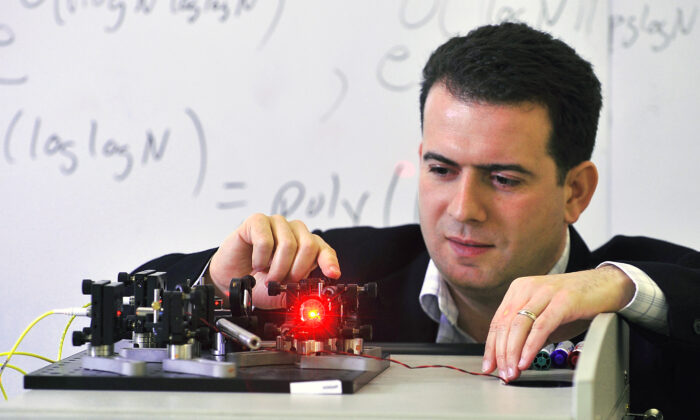 Quantum computing can help guard against ever-increasing cyberattacks, and with Canada having had some commercial success using this technology, its application to digital security is a natural pillar for the country’s quantum economic development strategy, says one of the country’s top researchers in the field.

Canada can become a global leader in quantum technology, but it has to meet the challenge and not again fail to realize its potential by falling into age-old traps, says Michele Mosca, director of Quantum-Safe Canada and co-founder of the Institute of Quantum Computing at the University of Waterloo.

“It’s sort of [like] going into the late ’80s, ’90s, and not really knowing computers and the Internet are going to meet your business. And just taking a wait-and-see approach is very risky,” Mosca told The Epoch Times.

He advocates applying quantum computing to making our digital systems more resilient against hacks, and by doing so understanding the benefits that this technology has to offer. Then when quantum computing becomes more prevalent, Canada will be more prepared for adoption since it would have taken the preliminary steps, he said.

The government launched a national quantum strategy in its April 19 budget, with a proposal to provide $360 million over seven years.

“The strategy will amplify Canada’s significant strength in quantum research; grow our quantum-ready technologies, companies, and talent; and solidify Canada’s global leadership in this area,” according to the government.

Canada has the ingredients to create plenty of prosperity for its citizens—a wealth of natural resources, talent being churned out of universities, and a stable political environment—many observers have said. But business analysts and innovation experts have discussed how, for various reasons, Canada has not fully capitalized on these advantages to scale up companies and industries in critical areas such as tech, rare earth minerals, and vaccines.

With respect to quantum, a major problem identified by Mosca is the “structural challenge” of not successfully integrating economic development with research as is done in some other parts of the world.

He provided the United Kingdom and European Union as examples of jurisdictions where government funding can, in essence, be funnelled directly to companies, whereas in Canada, research grants are meant for academic institutions.

“We [need to] make some serious progress on overcoming these obstacles to translating our research investments, and our great potential into economic prosperity and security for Canada,” Mosca said.

A criticism of the government’s prior policies for spurring innovation has been their top-down nature or their approach of “picking winners.” Also interprovincial trade barriers and other obstacles have sometimes made it more difficult to work with Canadian companies as opposed to multinational ones.

“At the very least, let’s do what works abroad and try to create a level playing field … even more subtle instruments [that are] impactful and proactive … like an aggressive proof-of-concept program,” he said.

“That doesn’t mean winners can’t emerge, [but] it’s got to be meritocratic.”

While acknowledging the government’s notable efforts thus far, Mosca said there are various ways to incentivize Canadian customers and government-regulated sectors. Government departments in critical sectors could even be required to be quantum-ready, he added, noting that “there’s certainly some procurement challenges” to be overcome.

Countries like the United States, China, and Russia have recognized the power of quantum computing, which can be billions of times faster than the speed of today’s supercomputers, and are racing to develop this technology.

“We can align our economic development needs with our cybersecurity procurement. It’s really a no-brainer for us to do that,” Mosca said, adding that these solutions could then be exported around the world for tremendous economic benefit to Canada.

Four policy measures are commonly deployed within national quantum strategies, according to the Canadian Institute for Advanced Research (CIFAR). These are establishing centres of excellence or innovation hubs, making targeted calls for proposals or competitions, providing direct funding for special projects of national significance, and providing government investment or venture capital for startups.

“By 2040, when quantum technology is expected to reach 50 percent adoption, it was estimated quantum could grow into a $142.4 billion industry and sustain 229,000 jobs,” according to a May 17 white paper published by IBM, citing a 2017 economic analysis conducted for the National Research Council of Canada.

Canada is one of the world’s leading nations in quantum research, ranking fifth in the G7 in total expenditure on quantum science and first on a per capita basis, according to IBM.

“Canada’s critical mass of expertise makes it a hotbed of R&D in quantum, AI, and other emerging technologies. But we will need to train, attract, and retain many more quantum-proficient skilled workers in the coming years in order to meet demand,” said IBM Canada president Claude Guay in a blog.

More details on the national quantum strategy are to come in the next few months, but for now the feds are establishing a secretariat at the Department of Innovation, Science and Economic Development to coordinate national strategy.