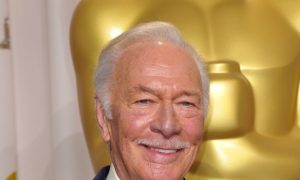 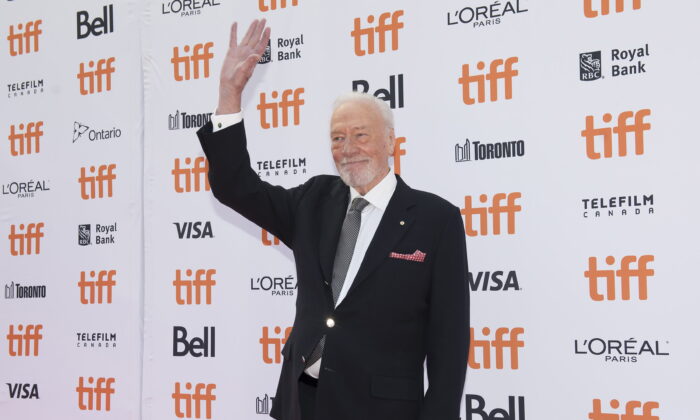 Actor Christopher Plummer poses for photographs on the red carpet for the new movie "Knives Out" at the Toronto International Film Festival in Toronto on Sept. 7, 2019. (The Canadian Press/Nathan Denette)
Canada

In a news release, the Crown corporation noted the life and honours of the Toronto-born acting star, who died at his home in Weston, Connecticut, in February at the age of 91.

“Over his incredible 70-year career, Mr. Plummer earned countless awards and honours, including a Golden Globe, BAFTA, SAG and Genie. He is among a select group of performers—and the only Canadian—to achieve the triple crown of acting, in his case, two Emmys, two Tonys and an Academy Award,” the release said.

Plummer helped choose the illustrations on the stamp, which features the various roles he played throughout his career, the Crown corporation said.

In the foreground of the stamp, Plummer appears as Prospero in a Stratford Festival production of The Tempest.

The background includes depictions of four other roles: King Lear in a stage production of “King Lear,” Rudyard Kipling in the 1975 adventure feature “The Man Who Would Be King,” Capt. Georg von Trapp in the 1965 musical film “The Sound of Music” and John Barrymore in the play “Barrymore.”

Plummer appeared in over 200 films, television movies, and mini-series, and entertained theatre audiences from Broadway to the Stratford Festival.

He was the recipient of a number of government awards, including the Companion of the Order of Canada and a Governor General’s Performing Arts Award. Plummer was also installed into both Canada’s Walk of Fame and the American Theater Hall of Fame.