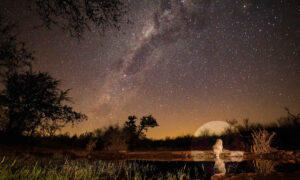 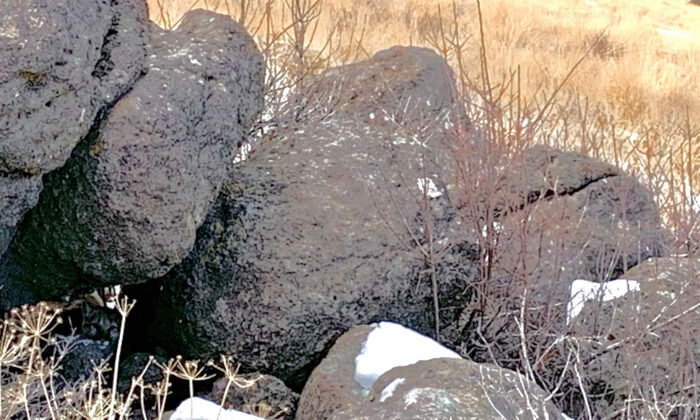 Can You Spot the Mountain Lion ‘Hidden in Plain Sight’ in This Photo of a Few Boulders?

A photo of a mountain lion went viral and has people in awe over how sneaky mountain lions can truly be in their native wild environment. The photo, taken in Washoe County, Nevada, appears to show just a pile of boulders, but upon closer inspection, a wild cat can be seen staring directly into the camera.

The U.S. Fish and Wildlife Service (USFWS) posted a photo of the hidden predator on Facebook, with the caption, “Where’s Waldo? … Can you spy the big cat?”

Can you spot the mountain lion?

The picture quickly collected over 2,000 likes and 574 comments, with many commenters failing to locate the cat in question.

Those who spotted it were shocked by how well the mountain lion blends in with its surroundings.

One user admitted, “I had to magnify to fullscreen to locate this kitty-kitty.”

“I would probably have walked past it,” read another comment.

The cat appears to be staring directly into the camera, an eerie sight for anyone who can imagine walking past a row of boulders and not realizing there’s a deadly predator hidden a few feet away in the shadows.

If you weren’t able to spot the big cat, don’t worry; you aren’t alone. Its fur pattern blends in almost perfectly with the shadows and surrounding grass.

The Nevada Department of Wildlife told The Epoch Times that the photograph was taken by John Tull with USFWS. He was out for a walk with his dog when he noticed the young specimen.

John and his dog, of course, vacated the area promptly after John snapped this photo, which he couldn’t resist capturing.

USFWS reports that mountain lions typically steer clear of people and are usually only a threat to humans when they feel threatened.

“Lion attacks on people are rare, with fewer than a dozen fatalities in North America in more than 100 years,” the department said.

“Most of the attacks were by young lions, perhaps forced out to hunt on their own and not yet living in established areas. Young lions may key on easy prey, like pets and small children.”

So if you’re out for a walk in the Nevada wild, stay aware, and follow John’s example by vacating the premises if you notice a predator.

And if you do spot one, appreciate the moment from a safe distance.

After all, according to USFWS, “People rarely get more than a brief glimpse of a mountain lion in the wild.”