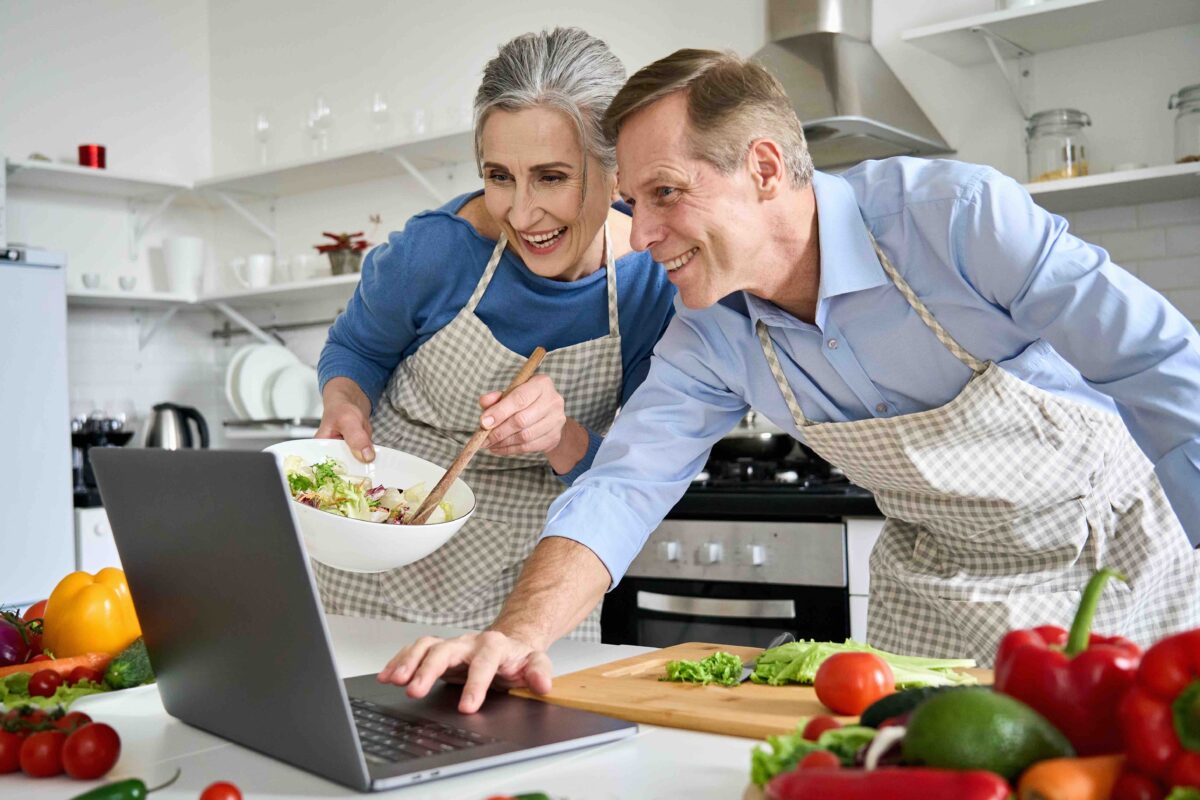 Can You Lengthen Your Life?

Want the secret to living a longer and healthier life? Scientists have found ways to prolong the healthy lifespans of worms, mice, and even monkeys. Their work has revealed exciting new clues about the biology of aging. But solid evidence still shows that the best way to boost the chance of living a long and active life is to follow the advice you likely heard from your parents: eat well, exercise regularly, get plenty of sleep, and stay away from bad habits.

Older people tend to be healthier nowadays, too. Research has shown that healthful behaviors can help you stay active and healthy into your 60s, 70s, and beyond. In fact, a long-term study of Seventh-day Adventists—a religious group with a generally healthy lifestyle—shows that they tend to remain healthier into old age. Their life expectancy is nearly 10 years longer on average than most Americans. The Adventists’ age-enhancing behaviors include regular exercise, a vegetarian diet, avoiding tobacco and alcohol, and maintaining a healthy weight.

“If I had to rank behaviors in terms of priority, I’d say that exercise is the most important thing associated with living longer and healthier,” says Dr. Luigi Ferrucci, an NIH geriatrician who oversees research on aging and health. “Exercise is especially important for lengthening active life expectancy, which is life without disease and without physical and mental/thinking disability.”

Natural changes to the body as we age can lead to a gradual loss of muscle, reduced energy, and achy joints. These changes may make it tempting to move less and sit more. But doing that can raise your risk for disease, disability, and even death. It’s important to work with a doctor to find the types of physical activity that can help you maintain your health and mobility.

Even frail older adults can benefit from regular physical activity. One NIH-funded study included over 600 adults, ages 70 to 89, who were at risk for disability. They were randomly placed in either a moderate exercise program or a comparison group without structured exercise. The exercise group gradually worked up to 150 minutes of weekly activity. This included brisk walking, strength and balance training, and flexibility exercises.

“After more than 2 years, the physical activity group had less disability, and if they became disabled, they were disabled for a shorter time than those in the comparison group,” Bernard explains. “The combination of different types of exercise—aerobic, strength and balance training, and flexibility—is important to healthy aging.” NIH’s Go4Life website has tips to help older adults get and stay active.

Another sure way to improve your chances for a longer, healthier life is to shed excess weight. “Being obese—with a body mass index (BMI) higher than 30—is a risk factor for early death, and it shortens your active life expectancy,” Ferrucci says. BMI is an estimate of your body fat based on your weight and height. Use NIH’s BMI calculator to determine your BMI. Talk with a doctor about reaching a healthy weight.

Studies in animals have found that certain types of dietary changes—such as extremely low-calorie diets—can lead to longer, healthier lives. These studies offer clues to the biological processes that affect healthy aging. But to date, calorie-restricted diets and other dietary changes have had mixed results in extending the healthy lives of people.

“We have indirect evidence that nutritional adjustments can improve active longevity in people, but this is still an area of intense research,” Ferrucci says. “So far, we don’t really have solid evidence about caloric restriction and whether it may have a positive effect on human aging.” Researchers are now studying potential drugs or other approaches that might mimic calorie restriction’s benefits.

Not smoking is another pathway to a longer, healthier life. “There’s no question that smoking is a hard habit to break. But data suggest that from the moment you stop smoking, there are health benefits. So it’s worthwhile making that effort,” Bernard says.

You might think you need good genes to live longer. But genes are only part of the equation for most of us, says Dr. Thomas Perls, an aging expert and director of the New England Centenarian Study at the Boston University School of Medicine. “Research shows that genes account for less than one-third of your chances of surviving to age 85. The vast majority of variation in how old we live to be is due to our health behaviors,” Perls says. “Our genes could get most of us close to the remarkable age of 90 if we lead a healthy lifestyle.”

The influence of genes is stronger, though, for people who live to older ages, such as beyond 95. Perls has been studying people who live to age 100 and up (centenarians) and their families to learn more about the biological, psychological, and social factors that promote healthy aging.

“It seems there’s not a single gene that imparts a strong effect on the ability to get to these older ages,” Perls says. “Instead, it’s the combined effects of probably hundreds of genes, each with weak effects individually, but having the right combination can lead to a very strong effect, especially for living to the oldest ages we study.”

It’s a good idea to be skeptical of claims for a quick fix to aging-related problems. Perls cautions against marketed “anti-aging” measures such as “hormone replacement therapy,” which has little proven benefit for healthy aging and can have severe side effects. “People used to say, ‘the older you get the sicker you get.’  But with common sense, healthy habits such as regular exercise, a healthy weight, avoiding red meat, not smoking, and managing stress, it can be ‘the older you get, the healthier you’ve been,’” Perls says.

The key to healthy aging is to engage fully in life—mentally, physically, and socially.  “Transitioning to older years isn’t about sitting in a rocking chair and letting the days slip by,” Bernard says. “Older adults have unique experiences, intellectual capital, and emotional involvement that can be shared with younger generations. This engagement is really key to helping our society move forward.”