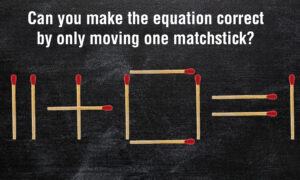 Can You Solve These Crafty Matchstick Brainteasers? Put Your Abstract-Reasoning Skills to the Test
0 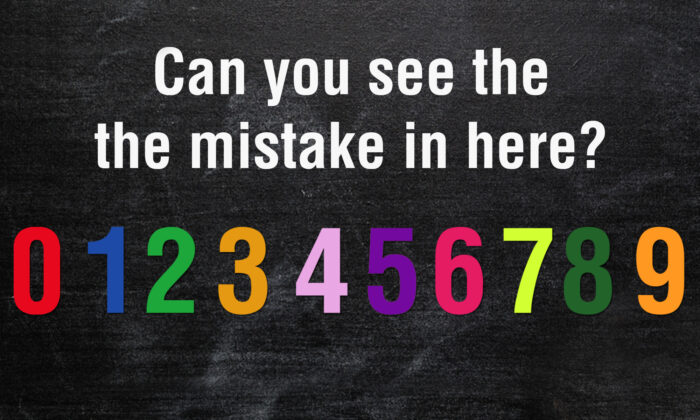 Can You Find the Mistake in This Challenging Mindbender?–‘6 Out of 7 People Fail’ This Test

If you enjoy games and brainteasers, such as sudoku and matchstick riddles, you might already know that such exercises aren’t just fun but also a good workout for our minds. On occasion, it’s good to take a few minutes out of our day and solve a good old-fashioned brainteaser such as this one.

Follow the instructions below; it might seem simple, but you may soon discover that it’s a lot more puzzling than you first thought. See if you can figure it out. Try spotting the error before scrolling down for the result:

Once you see the result, you’ll find it hard to believe that you missed it. At first, the instructions direct us to find a “mistake,” and we probably assumed that meant a mistake in the numeric sequence in the illustration, which counts from 0 to 9, with each number colored in a different hue.

Yet, have we checked everything? Often, brainteasers like to trick us and force us to “think outside the box” and not be limited by our assumptions, particularly about preconceived rules of the game. Is the numeric sequence is just a distraction, and is the “mistake” some place else? How about the color or shape of the box? How about the instructions themselves?!

Is there a spelling mistake, a word omission, or a duplication? No.

There! Look closely, and you may see that they tried to pull a fast one on us! In between the first line and the second, they snuck in another word: “the”! That sneaky space between lines where there is sometimes a gap in our conscious perception. They thought they could fool us! The extra word “the” is the mistake!

If you figured out the correct solution before reading the answer, congratulations! You are in the minority according to The LaughClub, who claims that one in seven people have correctly identified the mistake. Regardless of whether that statement is true or not, showing such attention to details is commendable.

If you didn’t get it, don’t worry; that just means you should engage in more brainteaser practice for the future. After all, practice not only makes perfect but can also improve overall brain function! And that indeed is worth setting some time aside for puzzles.

Several Facebook users took to the comments section to express their views about the puzzle. While some found the test easy, many still believed the error had something to do with the numbers.

One user correctly noted, “‘The’ written twice in a composition of a sentence … Sometimes we ignore the obvious mistake for just focusing on what we think only is the subject of the matter as shown.”

While another remarked that he “kept looking at the numbers, then decided to check letter by letter and found it.”

A particularly confident comment simply read, “I saw it immediately as soon as I read it!”

Solving these types of brainteasers can improve lateral thinking, memory, and concentration. And it can even slow down the aging process. By exercising the mind, one can also maintain brain focus for longer, per Psychology Today.

Challenging the brain with regular mental exercises can even help create more neuron connections and have an effect on performance and intelligence.