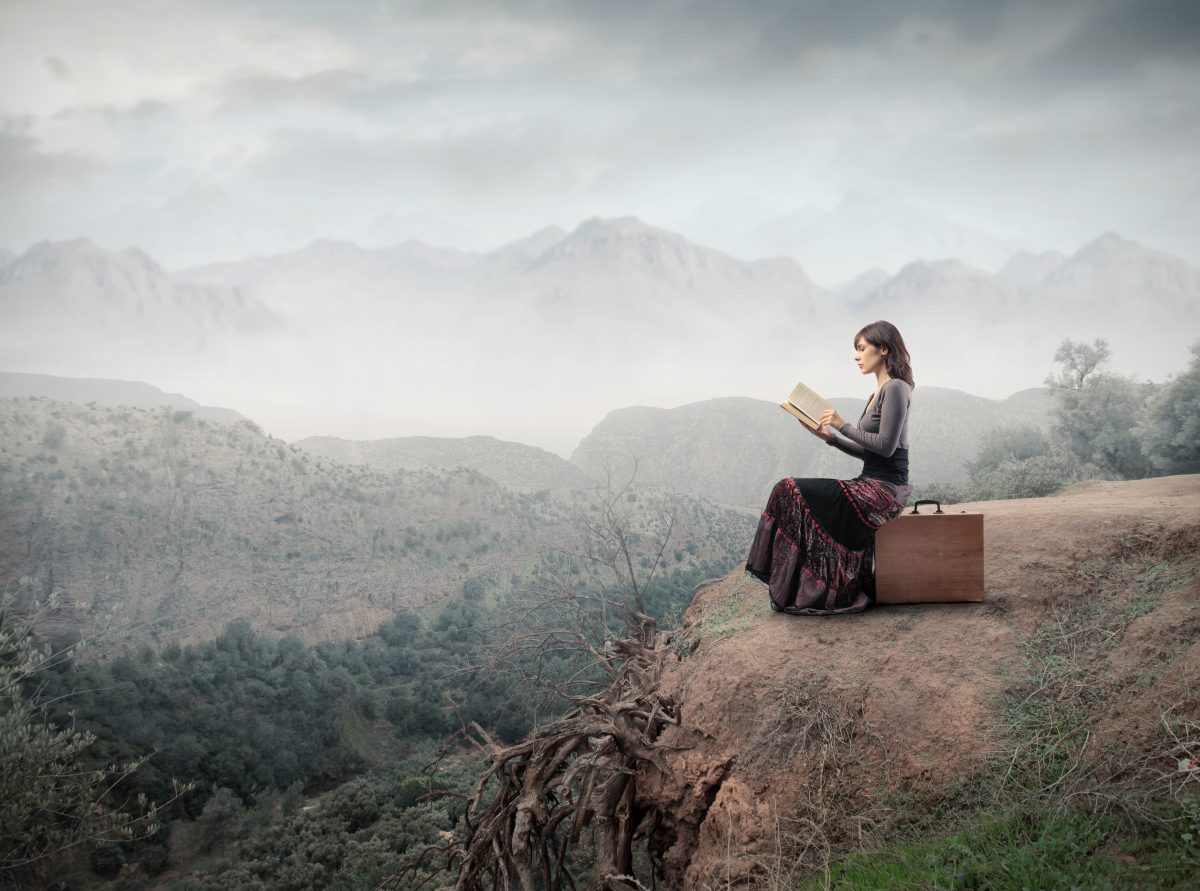 If you are committed to the pleasures of reading, you may be pleased to discover that there is evidence to suggest that reading fiction is good for you. In a paper published in Trends in Cognitive Science, the psychologist and novelist Keith Oatley lays out his stall, arguing that fiction, and especially literary fiction, is a beneficial force in our lives.

It has long been held—from the high-minded humanism that Dr. Samuel Johnson espoused in the 18th century to the likes of the fiercely serious literary critic F.R. Leavis in the 20th century—that literature is good for you. But while once the only evidence considered necessary was that of the critic’s judgement and sensitivity, Oatley and other psychologists today are to be thanked for demanding rather more concrete evidence.

It’s difficult to test the claim that literature makes us better people. It won’t do just to see whether people who read a lot of fiction are, on average, more thoughtful, more helpful, better liked, and perhaps more successful than people who don’t. There are so many other explanations, including the rather obvious idea that people who read a lot of fiction, especially the “quality” stuff, are coming from a more advantaged background to begin with—reading would be a trait that followed from their admirable qualities, rather than their cause.

Oatley bases his claim on various experimental evidence of his own and others, most of which has been conducted in the last 20 years. Among the reported effects of reading fiction (and in some cases other fiction with involving narratives, such as films and even videogames) are more empathetic responses—as self-reported by the participant, or occasionally demonstrated by increased helping behavior afterward—reductions in sexual and racist stereotyping, and improvements in figuring out the mental states of others.

Another interesting set of findings comes from fMRI measurements of brain activation. We know that people have a tendency to engage in a kind of suppressed imitation of the actions of others they are around. The same thing happens when reading about people’s actions: If a character in a story is said to pull a light cord, for example, the reader’s brain activates in areas associated with the initiation of grasping behavior.

Many of these techniques involve testing people just after they have read something. It’s now widely believed that people can be “primed” to behave in certain ways for a short while, including being more cooperative and more sensitive to the states of others, simply by activating short-term connections in their thought processes. These are the kinds of short-term effects put to use by salesmen or stage magicians, and don’t represent genuine changes in a person’s disposition or behavior, and certainly aren’t changes to personality or character.

Oatley gives many examples, but I simply want to suggest that we should be careful of jumping to conclusions. Because we all want to believe that fiction is good for us, we should be careful not to be persuaded too easily. And while a lot of the experiments produce interesting results, the claims made of them seem at times to be, well, ambitious.

Take Oatley’s idea that reading a short story changes people’s personalities “by significant amounts” and in “their own ways.” It would be extraordinary if simply reading a short story, even a good one, could produce significant change in your personality—especially changes you actually wanted to happen. We usually think that sort of character-building takes half a lifetime of hard work, if it happens at all. And what of the most voracious readers—are their personalities in a constant state of flux, depending on the type of fiction they have read most recently?

Oatley’s treatment of these experiments is built around his theory about the nature of fiction, and how it works to educate us. Fictions, he says, are “simulations” of reality, which he likens by analogy to the flight simulators used to train pilots. In the same way, he claims fictions help us to learn about the minds of others without going out there and making costly errors among real people.

But the analogy begs the question: Flight simulators work as training aids only because their designers know very well how planes work and take care to have the simulators (appear to) work in the same way. We can’t assume that writers of fiction know how the mind works—in fact, psychologists such as Oatley himself have struggled to understand it using entirely different methods from novelists. If the novelists know, why are the psychologists bothering?

It would be surprising—as well as very disappointing—if fiction never made anyone a better person in some way. We can be pretty confident that some sorts of fiction (violent pornography, for example) are sometimes bad for some people. Human tendencies toward imitation strongly suggest this. Where I suspect this field of research is heading is to discover that some fictions are good for some people in some circumstances. Finding the which, who, and what will take some time.

Gregory Currie is a professor and head of the Department of Philosophy at the University of York in the U.K. This article was previously published on The Conversation.