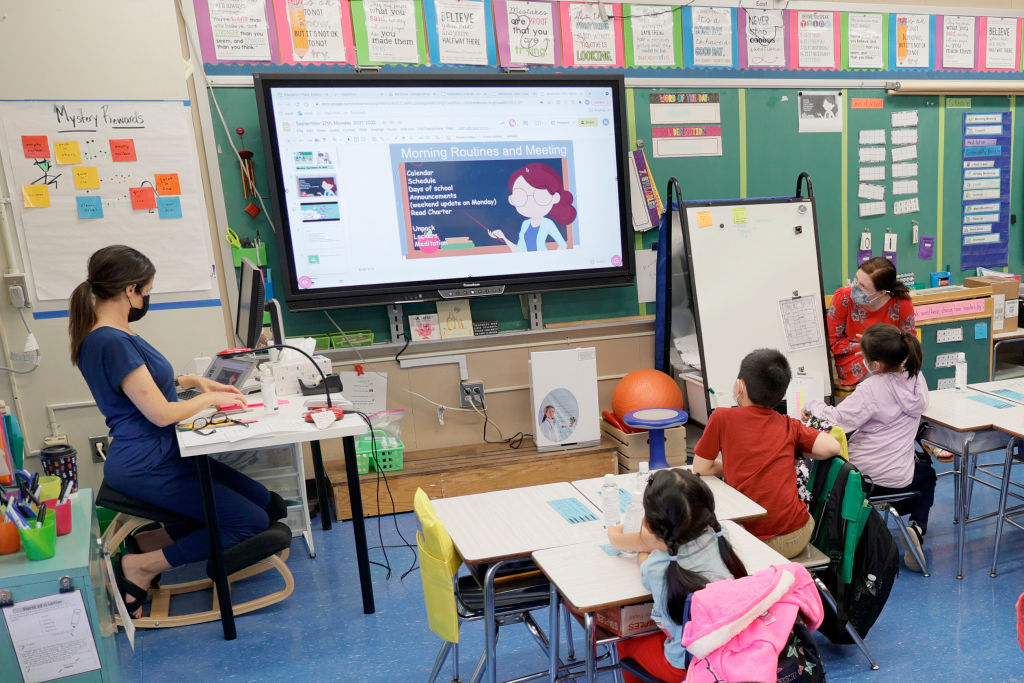 At the end of 2021, the Pew Research Center conducted a study of 17 countries with first-world economies on how divided their citizens were along political, racial, and ethnic lines. Perhaps it’s no surprise that America ranked first. But perhaps American division has less to do with politics, race, and ethnicity, and more to do with how the U.S. education system has centered on those three categories that make up the subject of social studies.

Since the 1960s, social studies has been the rich soil in which to cultivate what is called New Civics. This New Civics is commonly referred to as “action civics” and has less to do with learning about what is required to be a good citizen of a republic and more to do with engaging in social issues, such as climate change or gun control.

Undoubtedly, the public education system needs reforming, and for David Randall, director of research at the National Association of Scholars, the reformation should start with social studies.

Randall is also executive director of the Civics Alliance, which according to its website is a national coalition of organizations and citizens dedicated to preserving and improving America’s civics education. The alliance isn’t simply a group of educators and citizens campaigning for education reform. It has assembled an exhaustive social studies curriculum called American Birthright.

What Is American Birthright?

The curriculum is a throwback to classical liberal education that pulls from classical Western thought, from ancient Greeks and Romans up through American founders and thinkers such as Thomas Jefferson and Abraham Lincoln. According to Randall, this civics curriculum isn’t groundbreaking. In fact, it’s not even new. It’s just an education that has been abandoned to the peril of the nation.

“The education system has abandoned both traditional content and traditional pedagogy, and has abandoned liberalism for radicalism,” he said. “We can go back to Deweyan pedagogy since the 1920s, the radicalization and softening of education since the 1960s, and, perhaps as important, the near-disappearance of even a minority of conservatives from universities and education schools from the 1990s, and the consequent turn from liberal bias to authoritarian radicalism.

“If we restored a proper education, à la American Birthright, we would have students graduate from high school possessing substantial knowledge, educated to think freely, and able to act as citizens of the republic without needing to go to college.”

Randall said the American Birthright project began in October 2021. Since they weren’t attempting to “reinvent the wheel,” they pulled their curriculum standards from previously proven materials, such as the 2003 Massachusetts Standards. For parents looking through the K-12 curriculum found in the alliance’s Model K-12 Standards, it may seem overly demanding. Unfortunately, this is the result of lowered educational standards and therefore student and parent expectations over the decades. Randall agrees that the curriculum is demanding, but only demanding in the modern sense.

“Our schools in 1960 would have thought this pretty standard in its expectations,” he said. “We’re just going back to the standards we had.”

As mentioned, the goal of the Civics Alliance is to improve social studies instruction. Throughout the Model K-12 Standards, it mentions one way of doing that and that is eliminating pedagogies in education. Although pedagogy is defined as “the method and practice of teaching, especially as an academic subject or theoretical concept,” Randall suggests that this type of teaching doesn’t benefit the student or the teacher.

“The focus on pedagogies leads teachers to teach skills rather than content,” he said. “When you require it, you don’t just constrict how teachers can teach, you cut the number of classroom hours for learning facts. Freedom for teachers and more hours to learn actual content—that’s why we emphasized no pedagogies.”

Randall said the Civics Alliance has a rather ambitious overarching goal for the American Birthright initiative over the next decade: to have at least half the states adopt the curriculum in part or in whole. The project was just released at the end of June and already there is growing interest. He said numerous state legislators have expressed interest, as well as some private schools.

The Push for Public Opinion

Public opinion on public education hasn’t boded well over the past number of decades. Gallup has polled Americans since 1973 about their level of confidence in the education system. It has dropped 30 percentage points since they began polling. Although there are many reasons why public education continues to falter—from bad teachers to bad administrations to bad students to bad curriculum, Randall believes changing how and what is taught in America’s schools by providing an effective keystone for education reform could be a pathway to achieving the success Americans have been wanting for so long.

“American Birthright can’t fix all education by itself; but without reformed social studies standards, you can’t fix the rest of the educational machine.”