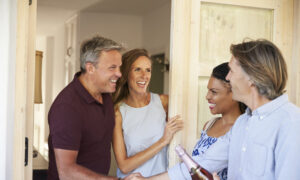 Camping: Why You Should Try It

For those who’ve caught the bug, it’s a moot point; for the rest who think that camping is all about lack of comfort, dirt, and general hardship without any plausible reason to do it, read on.

New York City is like a giant beehive—everyone is buzzing around a convoluted but predictable trajectory from home to work and back again, with daily stops to favorite food places. The weekend may find you in or out of doors—but mostly in places where you’ve already been and like to keep going.

But bees actually travel quite far and wide in order to take advantage of nature’s bounty. There’s a lesson to be learned there.

If you need reasons to go camping in New York state and truly experience its lush and scenic grandeur here are a few:

• You get to use your nose to smell fresh air, your eyes and arms and fingers for more than just texting, your neck to look up at the trees and the birds all around, your legs to walk.

• You’ll have time to connect with family or friends in a totally new way.

• Camping is like a bath for the senses—you really become a different person.

• You might unknowingly lose those last stubborn pounds that have stuck around since the winter holiday season.

• What’s not to love about an open fire that you have to make from scratch and watch the delicious food sizzle while it cooks?

• Take pleasure in really simple things like throwing rocks in the lake just to hear them go “plop.”

• Think of the good stories you can tell after your adventures.

• Nothing beats watching the sunrise, sunset, and the stars accompanied by the sound of crickets.

In New York state there are options for every sort of camping—from family camping to more adventurous backpacking—according to Maryanne Corbisiero from the New York State Office of Parks, Recreation, and Historic Preservation.

“Camping is a great outdoor activity, it’s rustic, it’s a nice way to get back to nature, to unwind, and relax. It’s a great way to de-stress,” said Corbisiero, adding that if you are a first-time camper, try to go with someone who has been before.

Safety is paramount in the great outdoors, but before you start imagining a scene from a movie where everything seems to go wrong until the main protagonist loses his/her sanity, do some simple risk management.

Corbisiero is an experienced camper and her “mustn’t forget” list includes matches (in a plastic bag), bug spray, a tarp (for rain), a small shovel, a deck of cards or some sort of game, a first aid kit, and don’t forget the coffee, as well as food—not just some, but all the food that you’ll be eating, since restaurants will not be easy to find.

You’ve considered why you might want to go camping and/or hiking. Now here are some more compelling reasons for it.

You should go camping if:

• You think that visiting the big metamorphic rock in Central Park means you’ve been to the “great outdoors.”

• The only time you feel relaxed in the city is when you’re walking your dog.

• You inadvertently reach for the volume button on the closest remote control during a noisy argument with your partner.

• Your way of bringing nature into your life is by playing a video of a koi pond.

• The thought of not switching on your laptop for one day gives you palpitations.

• The only adventure you’ve had was linked with buying or eating something.

• You think the smell of any perfume you own comes close to the scent of the forest.

For technology addicts the newly launched Pocket Ranger smartphone app is full of handy features. It has almost every conceivable activity from spelunking to stargazing and once you pick your activity it will show you the best place to go and stay.

The app provides advanced GPS mapping features like a built in compass, weather alerts, cacheable map tiles for offline use, as well as detailed species information.

When it comes to species information, the Web is full of ways to cope with wildlife such as bears or how to recognize and avoid poison ivy and it’s agonizing itch-inducing cousins like poison oak or sumac. Once you’ve learned to recognize them, you won’t be picking them for your wildflower bouquet.

Wildlife such as bears live in more remote regions, and it is very unlikely that you will come across one in your lifetime. But should you decide to go backwoods camping in Allegany State Park and you suddenly have an uninvited and rather large guest, Corbisiero advises: “I wouldn’t engage with a bear.” As crazy as this might sound, apparently people often try to feed bears. These kinds of ideas are best left at home.

But you can still bring your spirit of adventure and good hiking shoes.

Taconic State Park has trails with terrain that varies from easy to challenging, and along the way Copake Falls, Rudd Pond, and Bash Bish Falls have spectacular views. The latter, which often gets called Bish Bash Falls, is famous for having the most dramatic and highest single drop waterfall in Massachusetts. The Copake Falls Area has 106 campsites and 18 cabins and is open year-round. It caters for a wide range of tastes in accommodation.

Long Island has two state parks: Wildwood State Park and Hither Hills State Park. The latter is the most popular campground in the state so it can be hard to make a reservation but is the only one on the ocean and has 168 sites.

Hither Hills State Park is known for its “walking dunes” that reach a height of 80 feet. Their name comes from the strong prevailing winter winds that cause them to move by about three and a half feet each year. As they move they bury everything in their way.